"The very idea that one could become a musician without first being deeply struck, being branded, altered, by another’s work: impossible. Psychotic."
- posted by cjb @ 10:17 AM

Critical reevaluation: that lot may in fact not be location X, but it sure rings all my JW-radar.

&, even if it isn't, that little tree, the one with the couch beneath it, sure looks like it needs its portrait made, maybe even more so than that fears'come excavation on Magnolia Boulevard, or that unrewarding Pearblossom crossroads.
- posted by cjb @ 9:30 AM 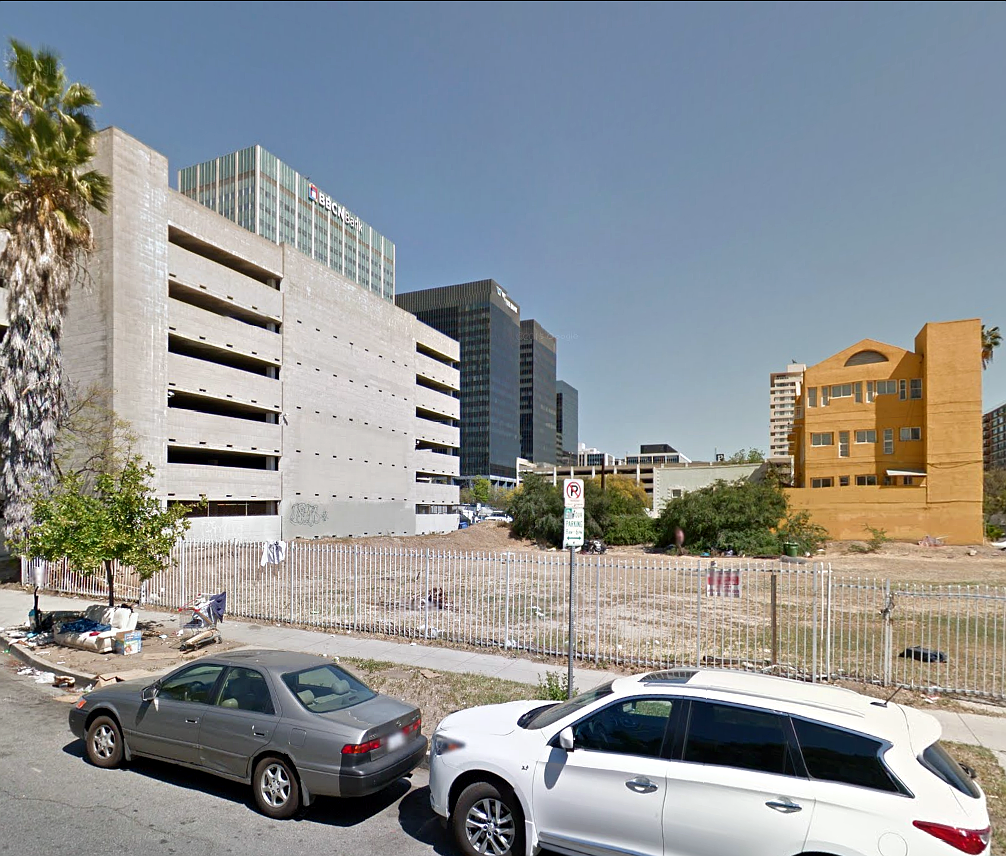 Not claimed as art, more as evidence of my frustration level with the new Google Street View as a mechanism for autonomous art, as opposed to remotely snooping on others' art.  The little tree in the foreground, if still present in early fall, deserves a picture of its own.

Q: How many parking garages are there in metro LA, CJB? " [I]n the area under the big tree there was a couch with tan-coloured cushions on it, as well as some garbage and beer cans. She also testified that there was a green Save-On-Foods shopping cart in the parking lot under her window. That cart had been there when she moved in two years earlier and had flooring tiles in it. After she heard about the body of a woman being found in a shopping cart, Ms. Debeck noted that the cart was no longer beneath her window and that the flooring tiles had been piled on the ground where it had been."

(This whole text's multiple overlapping voices, but esp. the testimony of Mark Tonack)
- posted by cjb @ 9:33 AM

"Police in the Vancouver Island community of Nanaimo say foul play is suspected in the death of a woman whose body was found in a bushy area near the city's downtown core.

The woman's body was found at about 11 a.m. Tuesday in an undeveloped lot between Millstone River and the Greyhound bus station, at the end of Prideaux Street.

The woman has not been identified, but witnesses say she was found partially clothed in a shopping cart near a homeless camp.

Police say they have not established the cause of death, but foul play is suspected."
- posted by cjb @ 9:22 AM 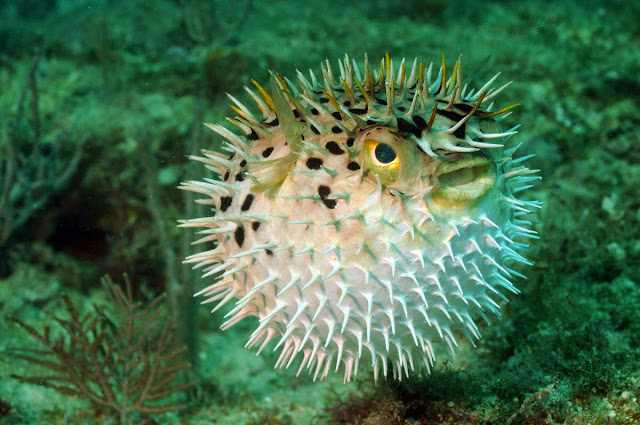 Perpetually on the edge
of the polis' frame,
proud skink or pufferfish
who falls in & out
with everyone, returns
reports of the island's
mirror-world to those
still caught in the city's
flopping  jaws, slow cadence
of clashing teeth
the tap   tap   tap
of Foster's drum, or
sneakered E&N crosstie
footfall.
- posted by cjb @ 9:09 AM 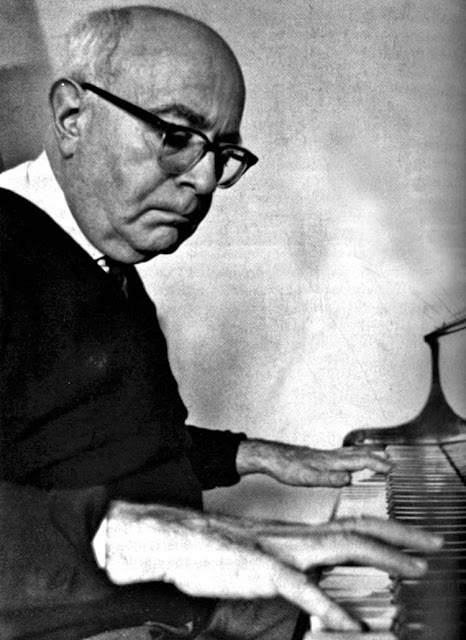 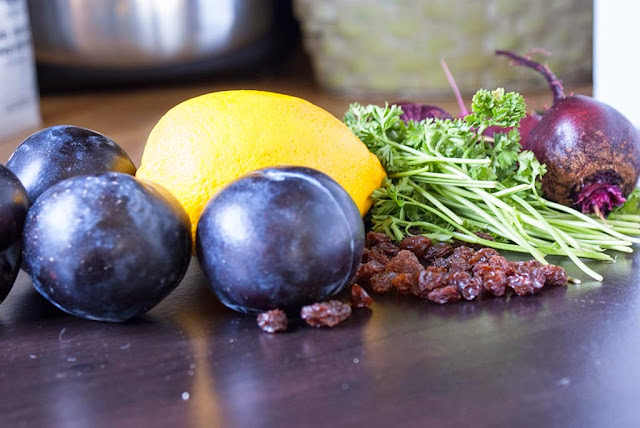 
I'm just profoundly frustrated by all this. So, fuck you, man. (Fuck 'em)

If they weren't there we would have created them. Maybe, it's true,
But I'm resentful all the same. Someone's got to take the blame.
I know that this is vitriol. No solution, spleen-venting,
But I feel better having screamed. Don't you?
- posted by cjb @ 8:31 AM
Thursday, May 21, 2015 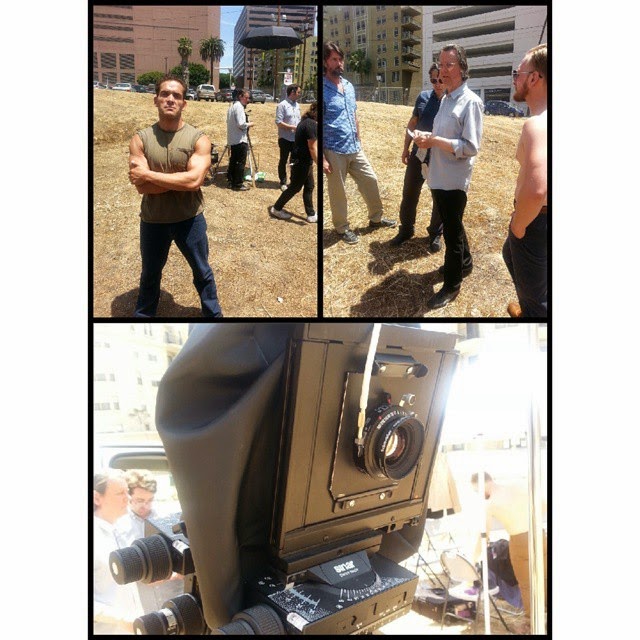 Everyone wants to take selfies, or close-ups of the equipment. No one can supply a simple panning shot or street signage.  Fortunately the clear sky supplies a crucial piece of information.
- posted by cjb @ 10:06 PM
Wednesday, May 20, 2015 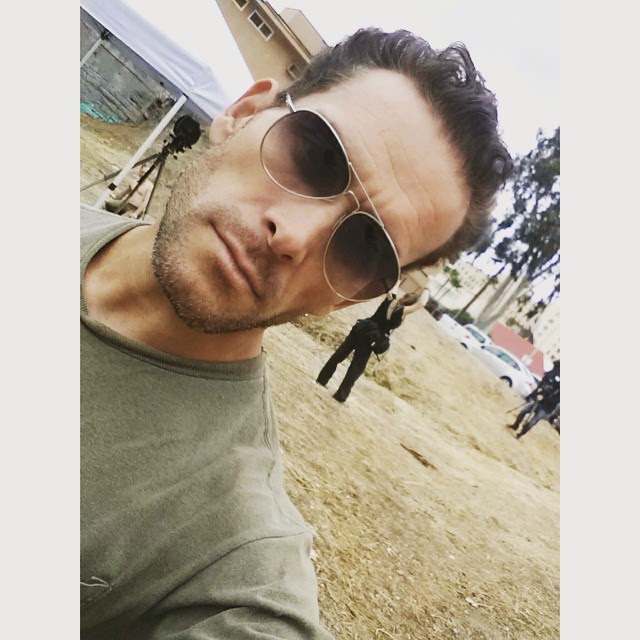 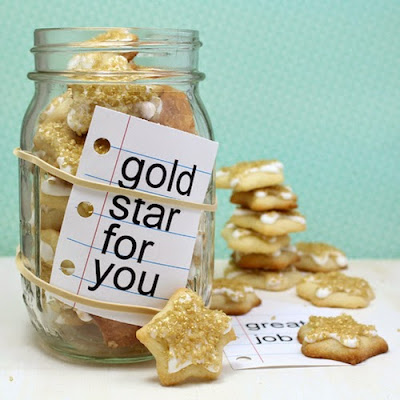 GOLD STAR FOR YOUR INDIGENT AND PROUDEST WHITE FEMINISM. GOLD STAR FOR YOUR TWEEN EMPOWERMENT FANTASIES SHATTERING THE CEILINGS WHILE SOMEONE ELSE SWEEPS THE GLASS FANTASIES: YOUR HELLO KITTY STAND IN DELUSIONS: GOLD FUCKEN STAR FOR NO AWARENESS BUT GOOD INTENTIONS GOLD GOLD STAR!"
- posted by cjb @ 8:47 AM
Monday, May 18, 2015

A few here & there for a while.  The ones with titles "in brackets" are written quickly in the morning using a restrictive format & loosely autobiographical content, & will probably change for a while before finally settling down.
- posted by cjb @ 10:13 PM

somewhere i have never travelled, gladly beyond
by ee cummings

somewhere i have never travelled, gladly beyond
any experience,your eyes have their silence:
in your most frail gesture are things which enclose me,
or which i cannot touch because they are too near

your slightest look easily will unclose me
though i have closed myself as fingers,
you open always petal by petal myself as Spring opens
(touching skilfully,mysteriously) her first rose

or if your wish be to close me, i and
my life will shut very beautifully,suddenly,
as when the heart of this flower imagines
as the snow carefully everywhere descending;

nothing which we are to perceive in this world equals
the power of your intense fragility:whose texture
compels me with the colour of its countries,
rendering death and forever with each breathing

(i do not know what it is about you that closes
and opens;only something in me understands
the voice of your eyes is deeper than all roses)
nobody ,not even the rain, has such small hands

These Poems, She Said
by Robert Bringhurst 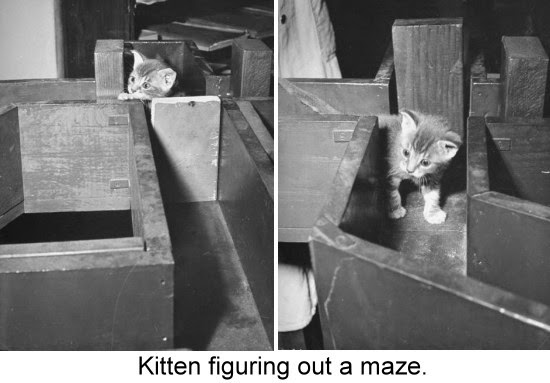 "Many owners have seen their cats watching nature programs on TV. Most cats quickly put the TV into the same mental category as a window - they can see and hear the animals, but can't reach them. After one or two investigations behind the TV or the speakers, they learn that the animals stay inside the box. After that they don't bother checking for escaped TV animals again, or at least don't expect to find anything if they do check - when you are a cat, it can't hurt to be absolutely sure there isn't a snack-sized wildebeest behind the TV!"
- posted by cjb @ 5:57 PM 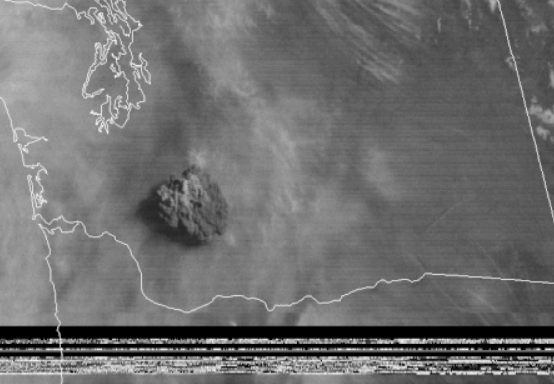 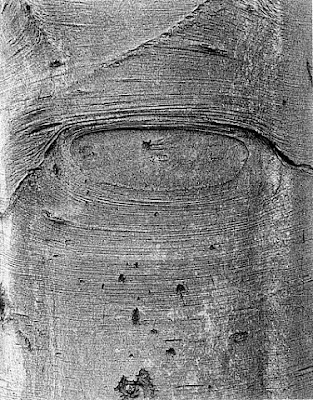 Pleading emails offering
what I once thought I needed.

18 years since I saw it last,
night desert drive, north under stars. 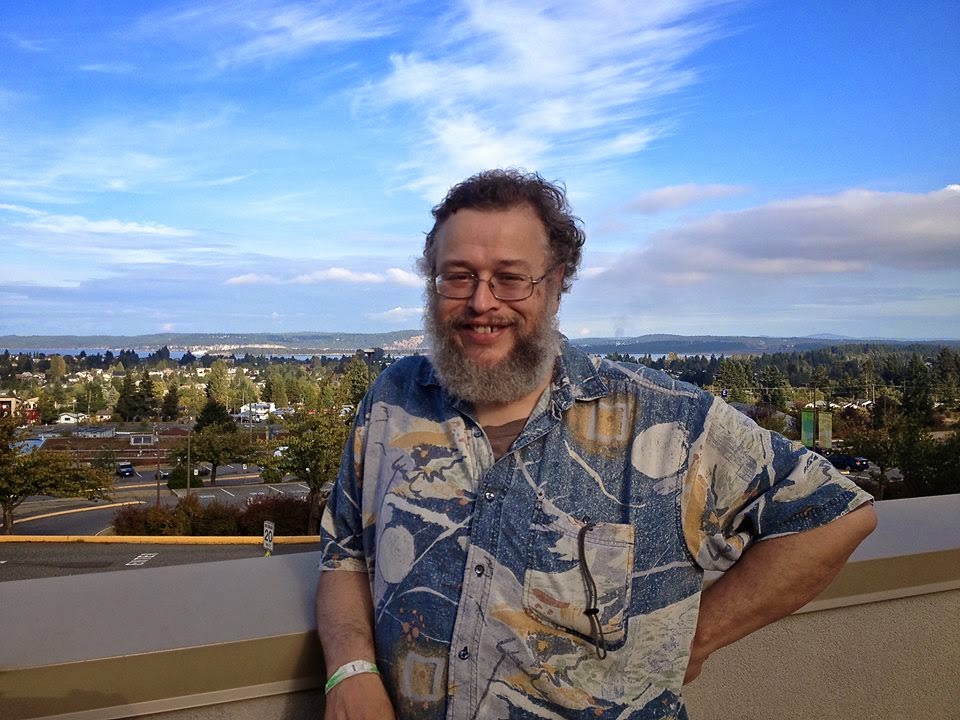 Love You Madly
(as performed by Ella Fitzgerald) 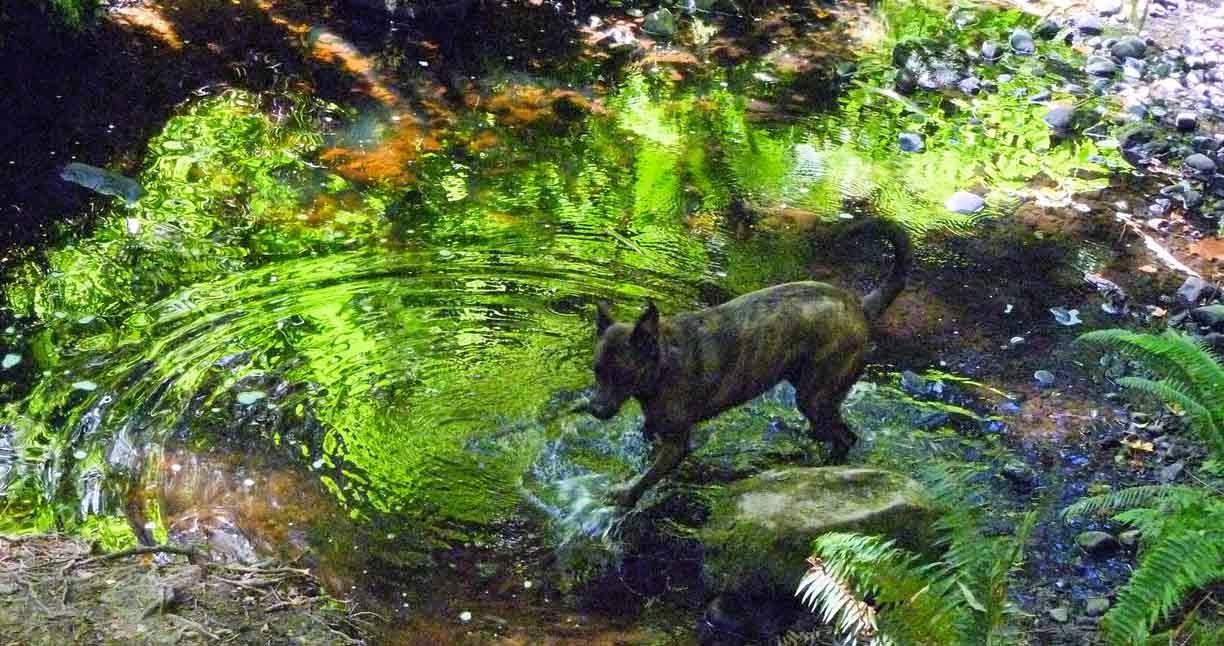 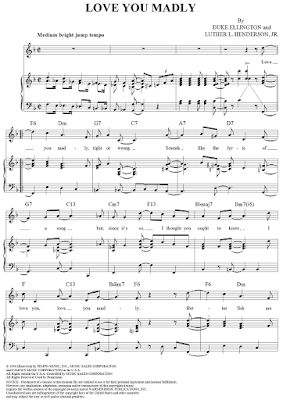 & really only ever visible
afterwards, as loss.
Columbia Studio B,
19 June 1974, where no
orchestra played, & yet
is heard, clearly, in the
recording, in the echoing
space above Miles' trumpet
& Harmon mute,
as if love for the departed
could conjure him back,
or some semblance of him
back, like Spicer's
spook voices--
- posted by cjb @ 9:38 PM