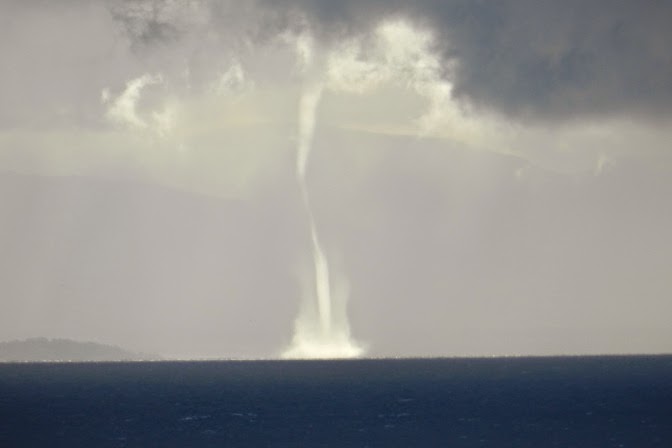 Waterspout spotted yesterday in the Salish Sea near Nanaimo
- posted by cjb @ 10:49 PM 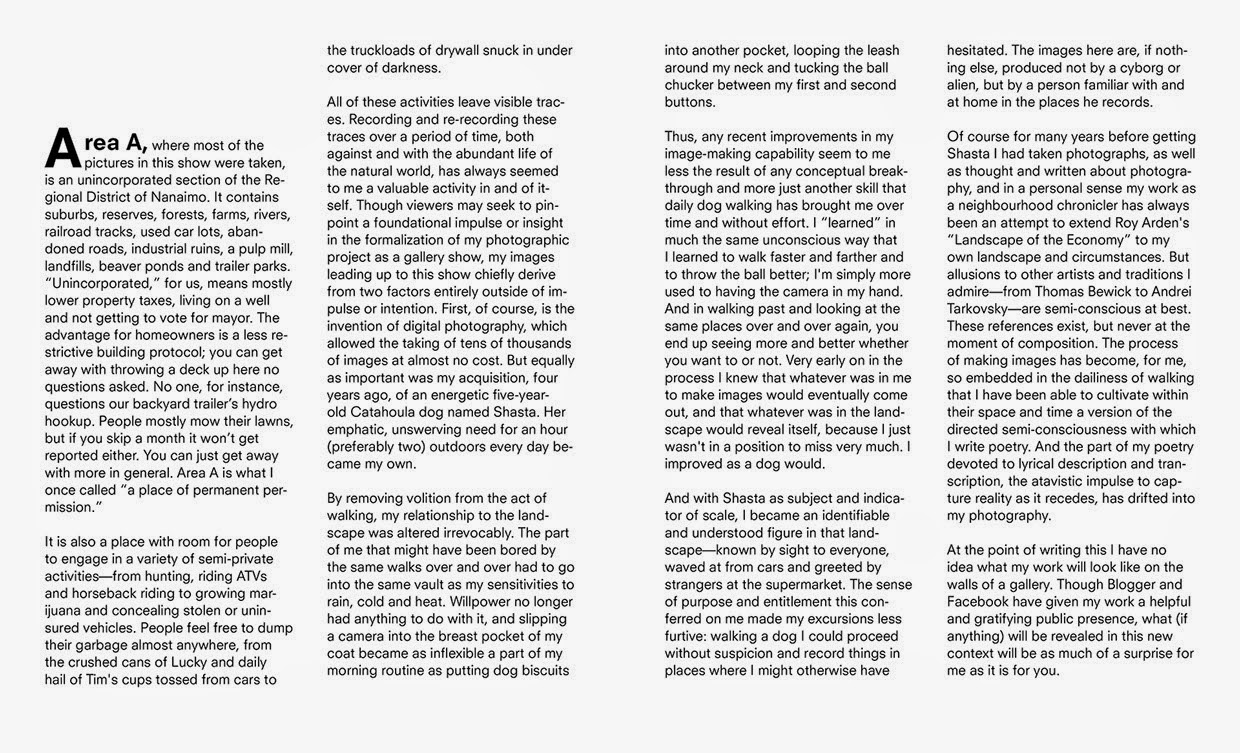 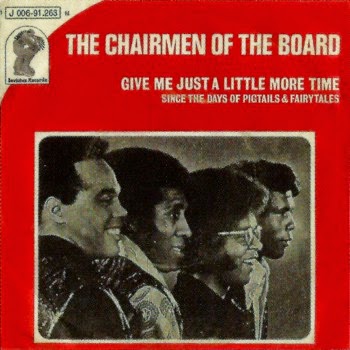 "My own household wasn't particularly troubled, so The Family Circus didn't carry anything like that emotional weight. But it was a much-anticipated fixture of Sunday mornings. Especially the 'dotted-line comics.'

These were strips bursting with color and detail, which told a story — actually several mini-stories — in a single, vast, mural-like panel. To accomplish this, Keane pulled back — way back: we readers suddenly found ourselves looking down upon the family's pristine suburban development like a benevolent god.

A dotted black line followed a character's (usually Billy's or Jeffy's) carefree peregrinations through the privet-lined, strangely carless, possibly post-Raptured streets of his neighborhood. Here, Billy dallies on a jungle gym. There, by the babbling brook, he catches polywogs. And all the while, that dotted black line follows him, jumping over tree stumps and skirting around barking dogs.

It's impossible to read these strips, which depict a small child blithely wandering on his own through verdant backyards and quiet cul-de-sacs, without feeling a pang of nostalgia for a time before stranger-danger and Amber Alerts. But that's exactly what Keane was selling, of course. Because his dotted line always, always circled back to end where it began: On the doorstep of the family home.

The Sunday dotted-line strips required a level of planning — and evinced a clean, meticulous draftsmanship — the daily strips never needed to. As I grew older, I began to appreciate the way Keane cheated the perspective so as to fill the entire panel with detail — even those places and objects farthest away from the reader's eye.

To a suburban kid, these strips provided a new and quite literal perspective on my world, which so closely resembled the four-color, zipatoned Levittown Keane depicted.

Reading them in the car on the way home from church, those strips were like tiny, epiphanic visions. It was the easiest thing in the world to see myself as Jeffy; the realization that all the adventures that filled my days could fit below the fold of the Sunday funnies was jarring. Those strips took me out of the everyday and let me see what my life looked like, at a remove."
- posted by cjb @ 9:50 AM

"'I never,' says Fisher in the introduction, 'wrote anything explicit about what was happening to me.' The entries in their hundreds are oblique, coded, desperate and dispiriting."
- posted by cjb @ 9:10 AM

"There isn’t much in the poetry that would provide fuel for the more significant engines of reputation. It is too heterodox in form and method, and too various to characterise or place comfortably in the context of contemporary British poetry, beyond the idiotic and self-marginalising labels of  'outsider' or 'experimental.'"
- posted by cjb @ 9:06 AM
Friday, April 24, 2015 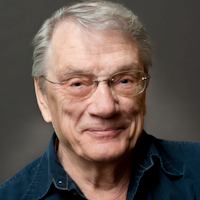 "The better work men do is always under stress & at great personal loss." (G. Bowering) 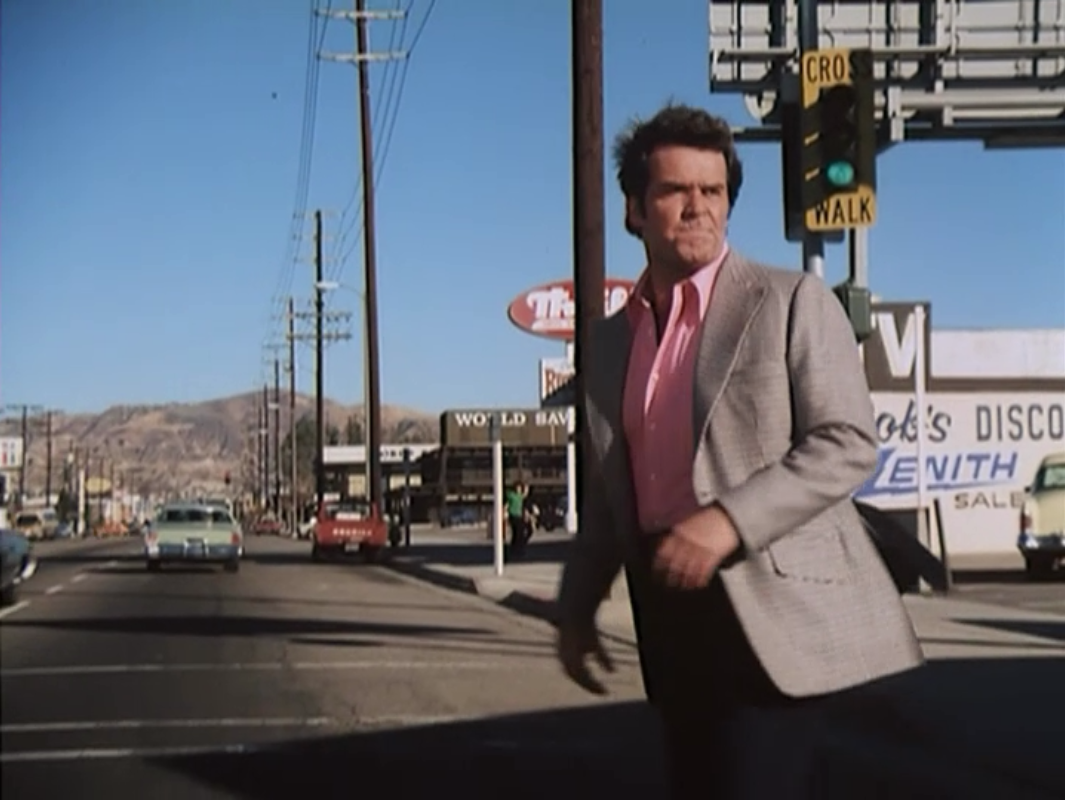 There continues to be and has been lost, lost of
literary activity around town. But words or notes
or strokes or steps are not objects. But then
what is one? Something that backed into, or was
backed into by, the light and thus at first missed.
Now everything is missed and still standing around.
How can one speak from within the thought
of the thing, from the standing on the floor, from
the heart? Where is the source of the center?
- posted by cjb @ 8:43 AM 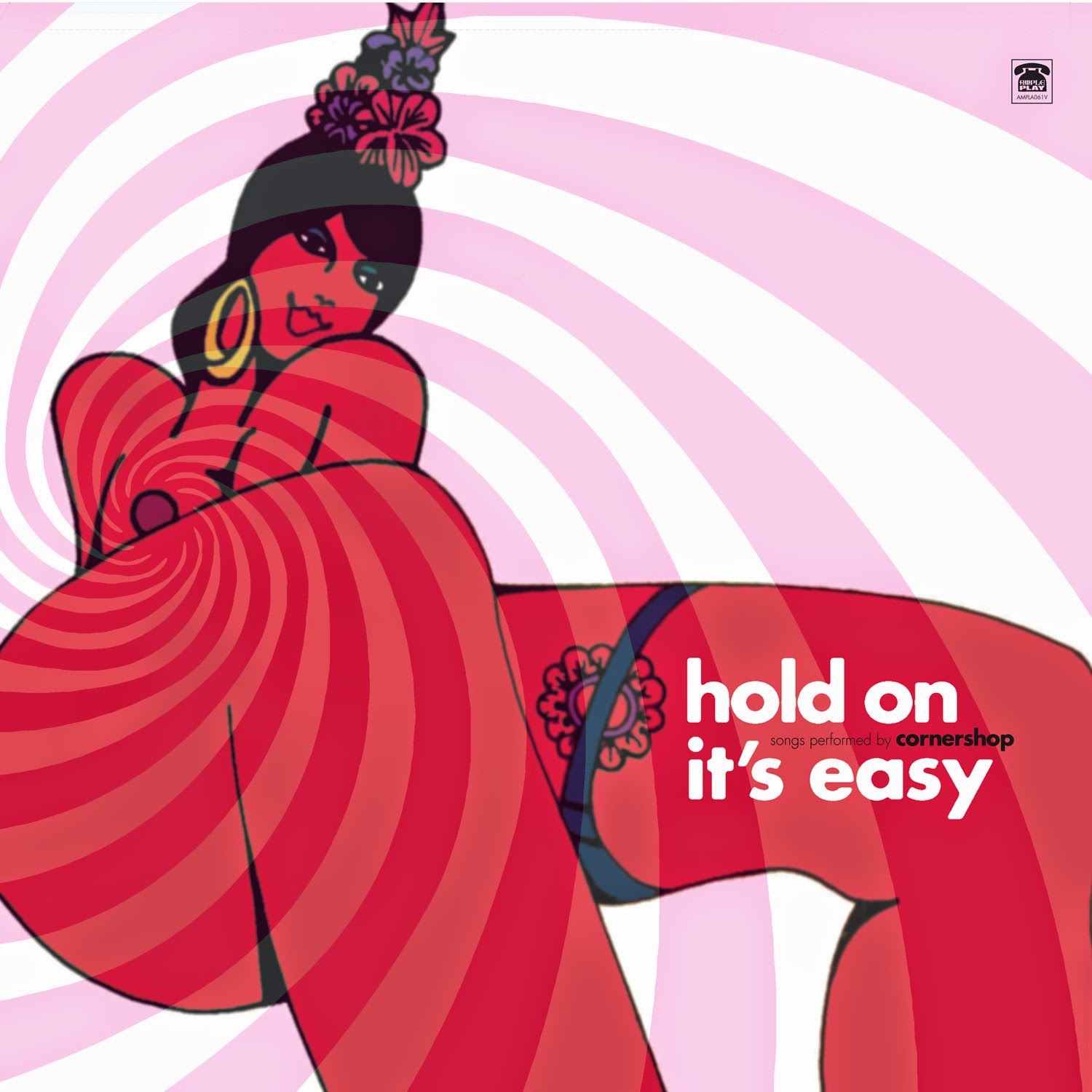 Found a copy of this incredibly rare book, Pete's first, in Literacy Nanaimo on my birthday, years ago.  Pete apparently disowned it shortly after publication but several of us read from it last week at his PFB wake.  I read "Gin & Lime" at Land Speed Record volume & tempo, a choice partially dictated by anxiety (big crowd!), partially by respect for its strange mixture of fury & dark humor, totally unlike anything else Pete ever wrote, possibly excepting Parkway's "MAX POWER," & partially by repeat applications of that infamous "sour, sweet English drink."
- posted by cjb @ 10:07 PM 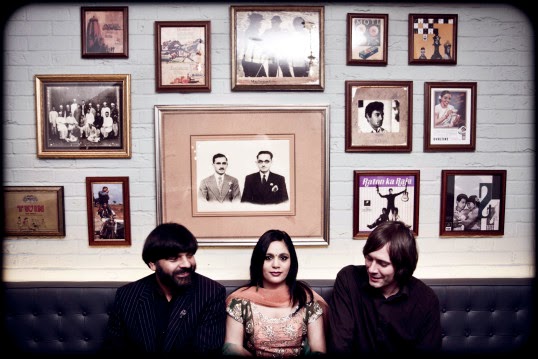 "Handcream for a Generation arrives five years later and 25 years before. In part it's a period piece, including snatches of 'Trans-Europe Express,' vocoder, organ funk, acid-rock jam, DJ toasting inna U-Roy style, but most characteristically echoes of Stax or Hi horn charts, identified from the lead cut, where veteran r&b also-ran [sic] Otis Clay, recorded at a soundcheck, literally if somewhat uncertainly announces the track listing cut by cut. The conceit is sort of that this technologically alert, globally cool indie band introduced by some going-through-the-motions house-band MC is actually a second-string soul act in 1971. Handcream is leaner and less exuberant than When I Was Born, lower on warm drone and Indian elements generally and higher on Singh's sardonic mode--the avowedly anti-'soft rock' yet pretty damn easygoing 'Lessons Learned From Rocky I to Rocky III,' or the string of cryptic social observations that is 'Wogs Will Walk.' Yet between the understated retro, a few Clay reprises, and various unheroic vocal appearances (most explicitly the nervous Punjabi introducer of 'Sounds Super Recording'), it gives off a friendly, used feeling, like old vinyl booths in a new club.

As usual, lyrics are repeated until they almost take recognizable shape. Just to give some idea of how abstruse the meanings can be--in Cornershop side project Clinton's 2000 CD, Clay's name is immortalized in 'Welcome to Tokio, Otis Clay,' and though the song never refers to the fact, or to Clay, Japan is the only place he was ever a star. How would I have known that without trolling Cornershop sites? Singh offered a few translations when I reached him on his mobile phone. 'Motion the 11,' a reggae showstopper featuring Jack Wilson and Kojak and a persistently unresolved harmonium, is the name of a dance move. But even when Singh explained 'Staging the Plaguing of the Raised Platform,' in terms of his political mission, I still didn't entirely get it, though I didn't mind; to me, that anti-'establishment' song was about a kid chorus singing 'making the dope dope and the dope, dope,' whatever that means, just as 'People Power in the Disco Hour' wasn't so much about disco being 'the halfway to a full discontent,' which could be Cornershop's credo, as about the way it peaked with a most undisco sound, the doddering pips of an old English phone, followed by--this is the modern world!--the good-natured anticlimax of cell phones bleating. In a body of work like this, where linguistic comprehension or incomprehension is a theme, and where sound itself is so examined and intentional, the cliché of music as language gains telling coherence. It articulates one political mission more credibly than words usually can--coalition building. Sounds like corny 'Love Train' idealism, brought in to suit the Handcream ambience. But because Singh has one of those brains, the idea's mess and contradiction are accounted for--both relished and understood for the limitations they are." 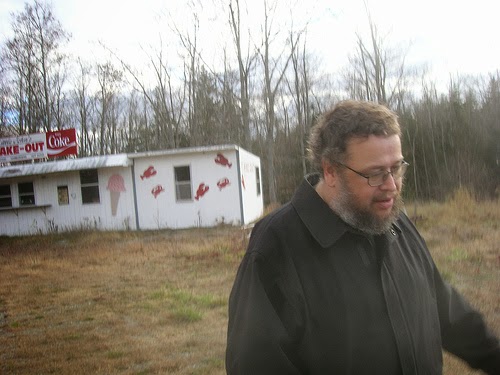 "Not just our musi­cal tastes, but a cer­tain oth­er­ness too that we must have sensed in one another brought us together. Just the fact of it; our oth­er­nesses were of a dif­fer­ent order. His was expressed in an unease in Van­cou­ver (that never left him) and the KSW writ­ing scene, and grew out of his working-class, Army brat, Nanaimo-Harewood back­ground, which seemed to make him feel more of an out­sider in Van­cou­ver than being a poet and intel­lec­tual ever did in South Wellington."

"Ham­mer­town, when it came out in 2002, reprinted (slightly revised and reordered) the final sec­tion of The Cli­max For­est, which, though he hadn’t under­stood this when that book came out, was the begin­ning of a long-term project that he com­pleted in 2013 with Park­way. The new book also con­tained a suite of six poems, 'Snake Eyes,'  into which he inter­po­lated a sequence of small black and white pho­tographs. Peter had always been tak­ing pic­tures, I real­ized one day; so unob­tru­sively that it had taken me years to notice. He’d always been inter­ested in the work his artist-friends were doing, and in fine art pho­tog­ra­phy gen­er­ally; W.G. Sebald was a thing; what might hap­pen if he were to drop a few pho­tos into his poems, not to illus­trate them as such but to stand as parts of the poem itself? In time he would dis­pense with the poem part.

Peter’s prac­tice of keep­ing the peo­ple (just) out­side the frame of his pho­tos, which might be seen as an aes­thetic move, was for him pri­mar­ily social and polit­i­cal, and reflected an essen­tial respect for fam­ily, friends, neigh­bours, class mates, sol­i­dar­i­ties incul­cated in him long before I met him. His class con­scious­ness was instinc­tive, and not ever in his inter­ac­tions with his South Welling­ton and Nanaimo neigh­bours did I detect con­de­scen­sion on anyone’s part. Peter’s occu­pa­tion and eru­di­tion didn’t seem any more remark­able to his neigh­bours as far as I could tell than if he had been a welder, let­ter car­rier, school­teacher, a clerk at the Co-op, or unem­ployed."
- posted by cjb @ 6:19 PM 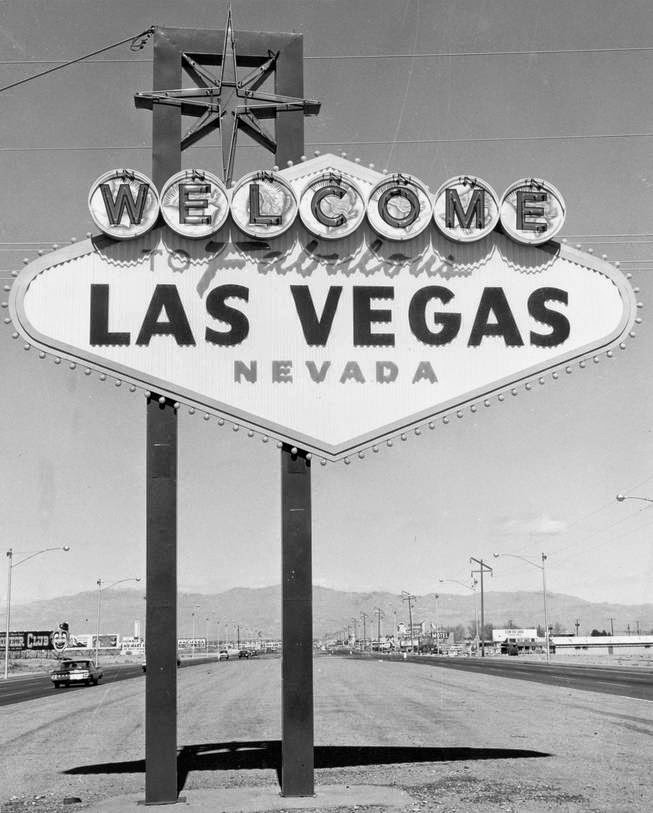 Blackmur's criticism of Pound's want of "originality of substance," cited in Berryman's "Poetry of Ezra Pound" (1949) & Berryman's tart demolition of same: "[O]ur literary criticism...even at its best is inclined to forget it and act as if originality were not regularly a matter of degree in works where it is worth assessing at all.  A difficulty is that modern critics spend much of their time in the perusal of writing that really is more or less original, and negligible."
- posted by cjb @ 7:53 AM 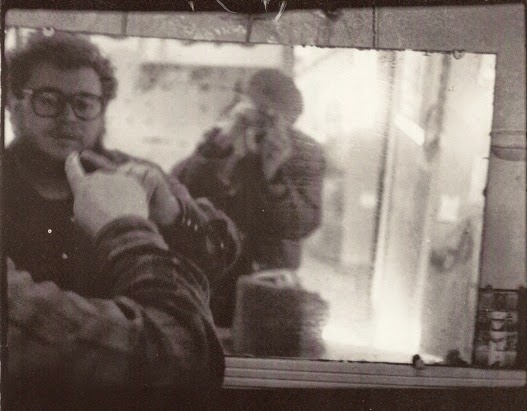 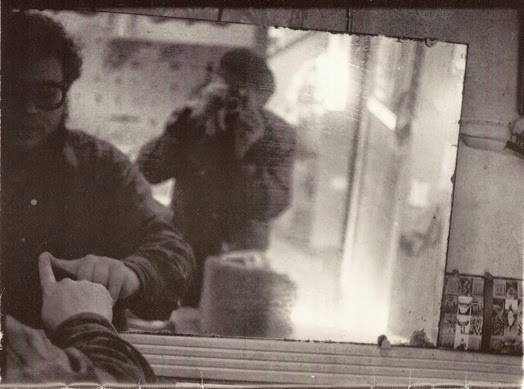 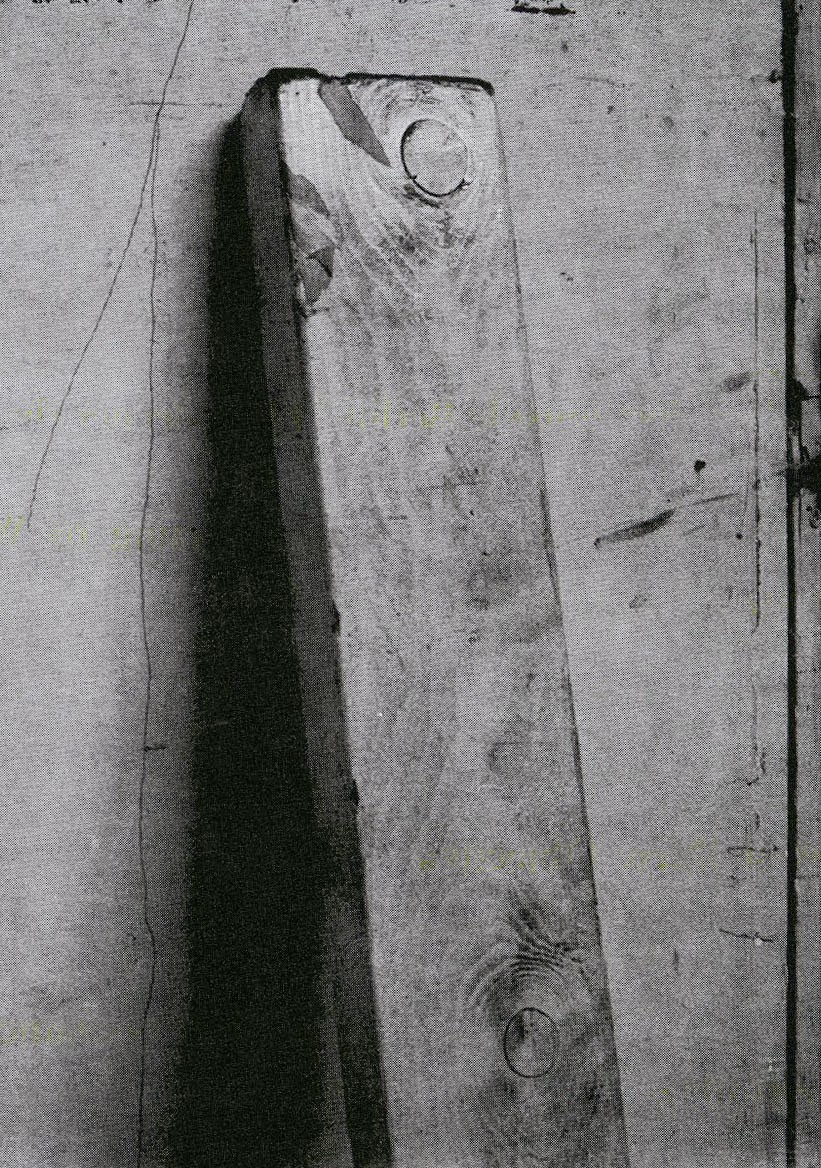 "When the workmen were tearing down the old walls of the Hoffman House, not many months ago, they broke in upon two wire tappers who were busy with their pliers and wires in a vault under the sidewalk."
- posted by cjb @ 8:08 AM 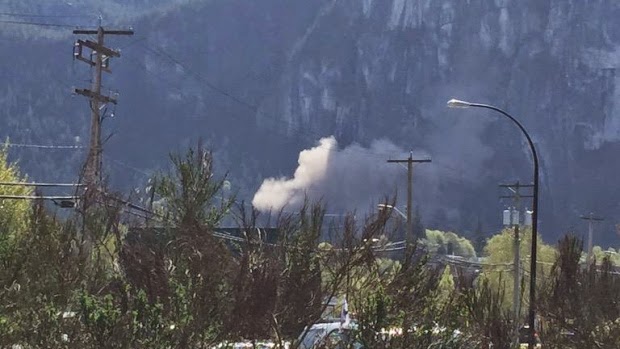 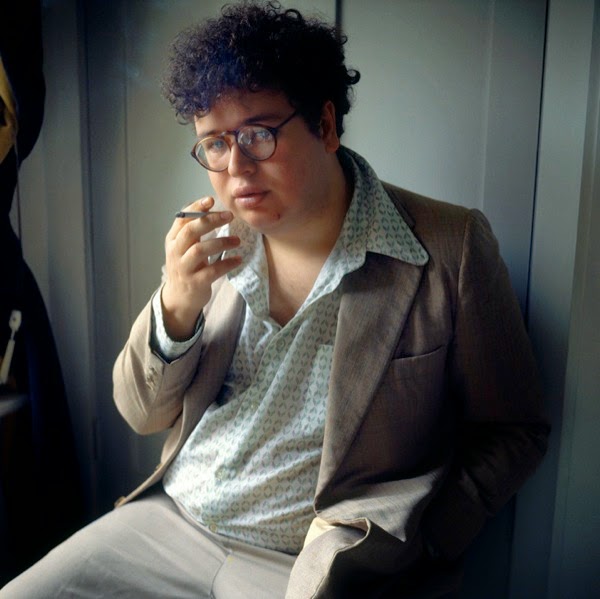 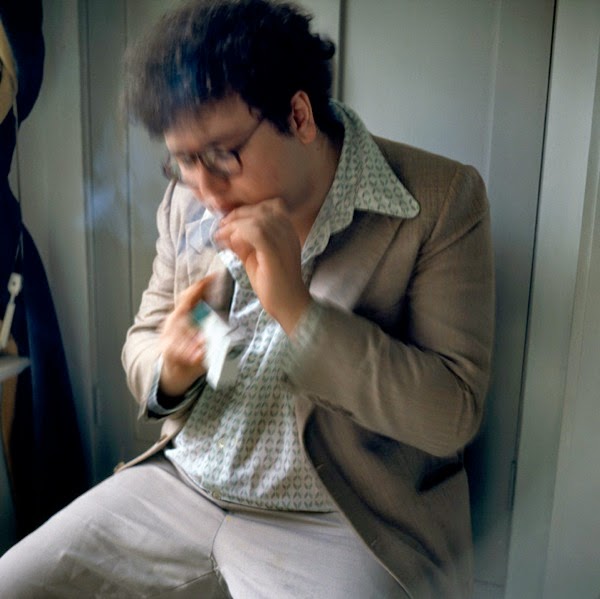 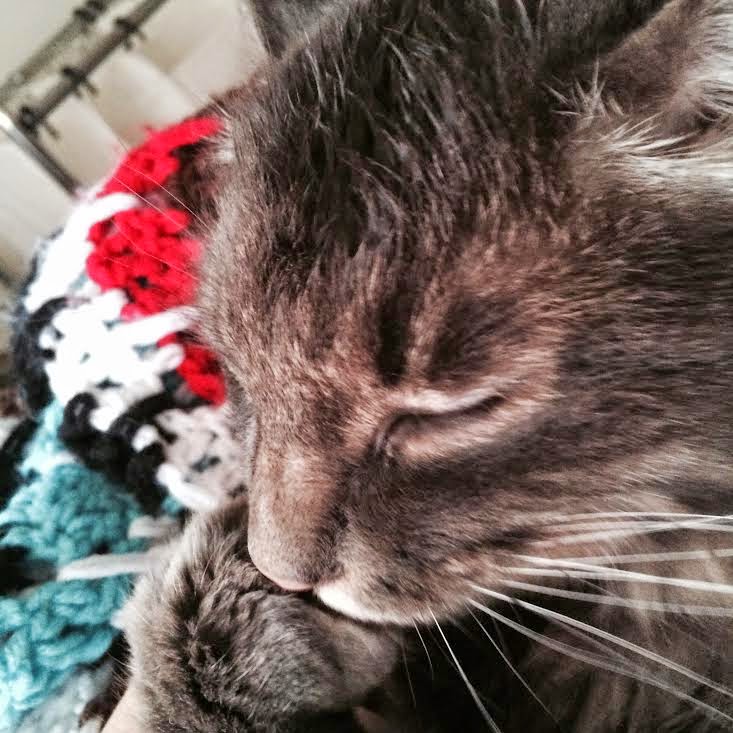