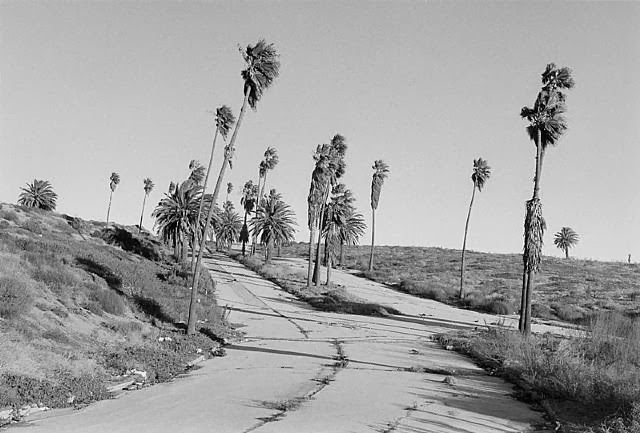 A California suburb planned but not built. Land platted, roads & landscaping roughed in, and then what?  Bankruptcy?  Greener pastures? Hillside sliding, as if to shrug off the imposition of rectilinear "rationalist" geometry, pavement cracked from seismic upheaval or running water in the wet season.  Spindly palms, likely purchased from the lowest bidder, and the sort of scrub vegetation that comes scrambling back the second desert earth is left unpaved. Distant palm at far right arrests the left-to-right scanning motion that draws the eye across the composition (compare with Wall's Hillside in Sicily, 2008), & thereby designates the photograph as a Western still picture: a tableau, not an "open field."  Cracks and shadows in complex recession from flattish foreground.  The implication of wind, something which, although present in the scene, cannot be photographed & is indicated indirectly, eg., by the palms' spindly bent trunks & fuzzed-out fronds. Curbs submerged under greenery.  The left hand hillside reminds me of Cezanne's complicated compression of space, his indication of slumping & folding by stacking successive flat planes left-right, left-right.  Last, the peculiarly clear light, which always strikes me, coming from YVR to the desert south, as a sign reading, "Freedom."
- posted by cjb @ 7:52 PM
Thursday, January 16, 2014


Relevant to my interests: Eddie You Should Know Better, by the Natural Four

From Wikipedia, the free encyclopedia:

Inherent in our understanding of appropriation is the concept that the new work recontextualises whatever it borrows to create the new work. In most cases the original 'thing' remains accessible as the original, without change." 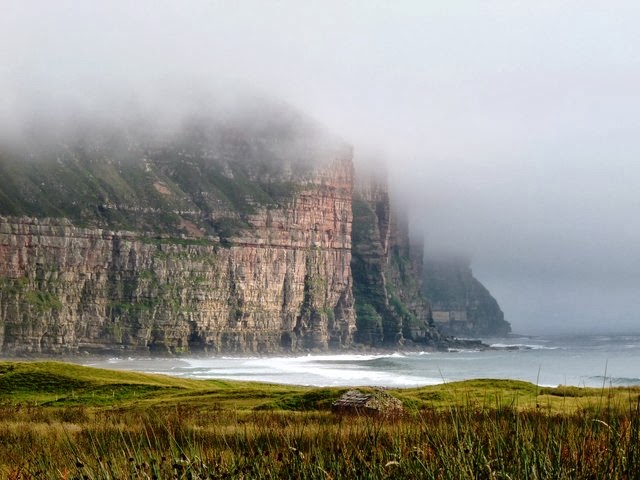 Rackwick Bay and (mouse-infested) bothy, Hoy, Orkney.  Spent one of the happiest late afternoons, evenings & mornings of my life here, c. summer 1994.  Red sand, round red-pink stones. In the late morning, walked cross-country along the coast to view that most famous of Scottish climbing destinations, the Old Man of Hoy.
- posted by cjb @ 8:28 PM

"Searching is a restless activity in which one moves toward possible locations of a lost object.  The person who is searching has to select places in which to look, move towards them, and scan them; he must also select what to see."  (Colin Murray Parkes, Bereavement: Studies of Grief in Adult Life)
- posted by cjb @ 5:18 PM
Tuesday, January 14, 2014

And so it ends
Some parch for what they were; others are made
Blind to all but one vision, their neccessity
To be reconciled.  I believe in my
Abandonment, since it is what I have.

Geoffrey Hill, "Funeral Music," quoted in Jim Perrin, West: A Journey Through the Landscapes of Loss
- posted by cjb @ 7:42 PM 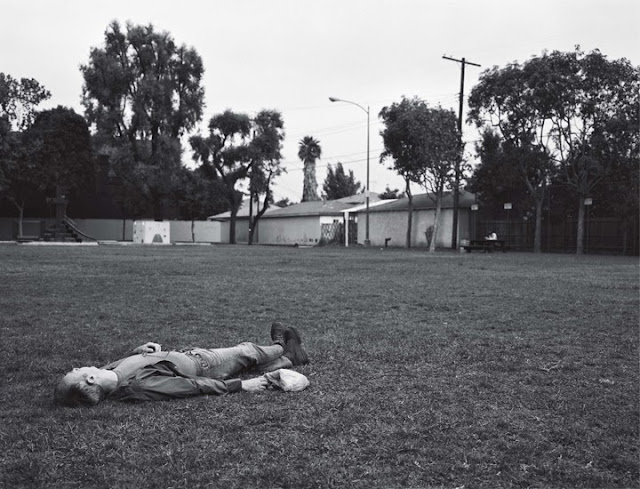 (excerpt from a letter to a curator friend)

"There are a couple of pictures of the LA park where Citizen was made on Anodyne, which I found by my usual rules: close reading of the image, place previously unknown to me, no asking anyone involved in the picture's production.  All I had to go on was the catalog raisonne's 'Photographed in Los Angeles.'  At first I thought I'd have to search every LA park, & then realized that I could limit the search to those with playground equipment, & then scan most, but not all, of those with Street View before I went, to narrow the field.  In the end I went to about sixteen LA parks in person, and [PARK NAME], in [LOS ANGELES NEIGHBORHOOD], turned out to be the 'right' one.  A quiet day, very warm, roar of the nearby freeway."
- posted by cjb @ 7:22 PM 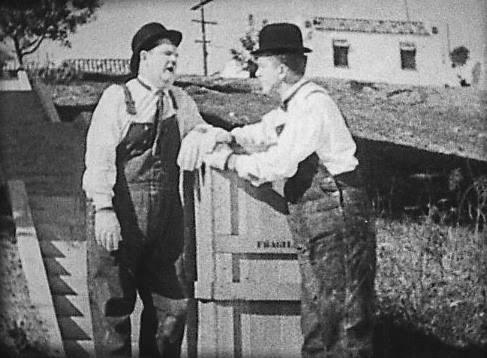 "Today, the hillside is covered with apartment buildings, but the stairs remain—133 steps across multiple landings, with a handrail and some overhead lights, often littered with debris, and very ill maintained for such a landmark."
- posted by cjb @ 7:02 PM
Monday, January 13, 2014 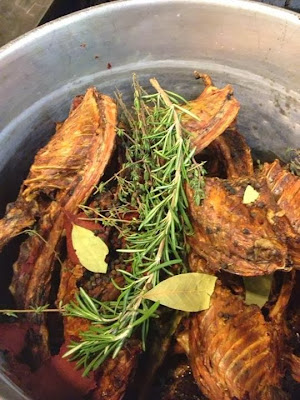 This guy walks the walk.  Only dined with him once so far, courtesy D. & E. A great experience.

"I once read that every time a chef picks up the phone to place an order, something somewhere dies. I have always felt that as a cook it is my responsibility to make sure that the animal is not only raised humanely, but that after its death we respect its sacrifice by using all parts of the animal. That is one reason that we butcher the animals here at the restaurant. It is also the reason we don't have a menu that is 'set' like so many other restaurants. As part of this philosophy of using the whole animal, we make a lot of different stocks. We believe that if we serve an animal that the sauce is made with its bones. [Above] is a picture of the rabbit carcasses in the stock pot. The addition of some water and a few hours of gentle simmering, we'll have an amazing base to use in all of our rabbit preparations."
- posted by cjb @ 7:06 PM 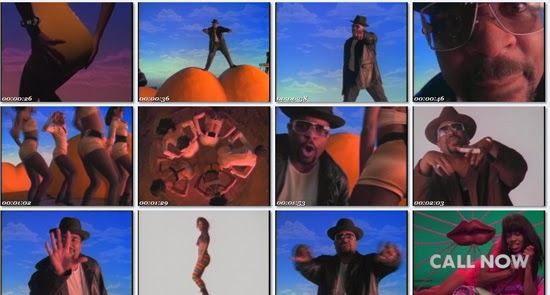 "Mix-a-Lot did not act alone. There was Luke, Wreckx-N-Effect, and many others. But his was the loudest voice for this cultural overthrow of the Euro-centric beauty aesthetic, in favor of something more akin to what America would like twenty years hence: Black women are now on the covers of magazines, which used to be very risky. 'Baby' will forever be a great combination of a silly pop song with an earnest resolve to change the perception of body image in America."
- posted by cjb @ 6:44 PM
Sunday, January 12, 2014 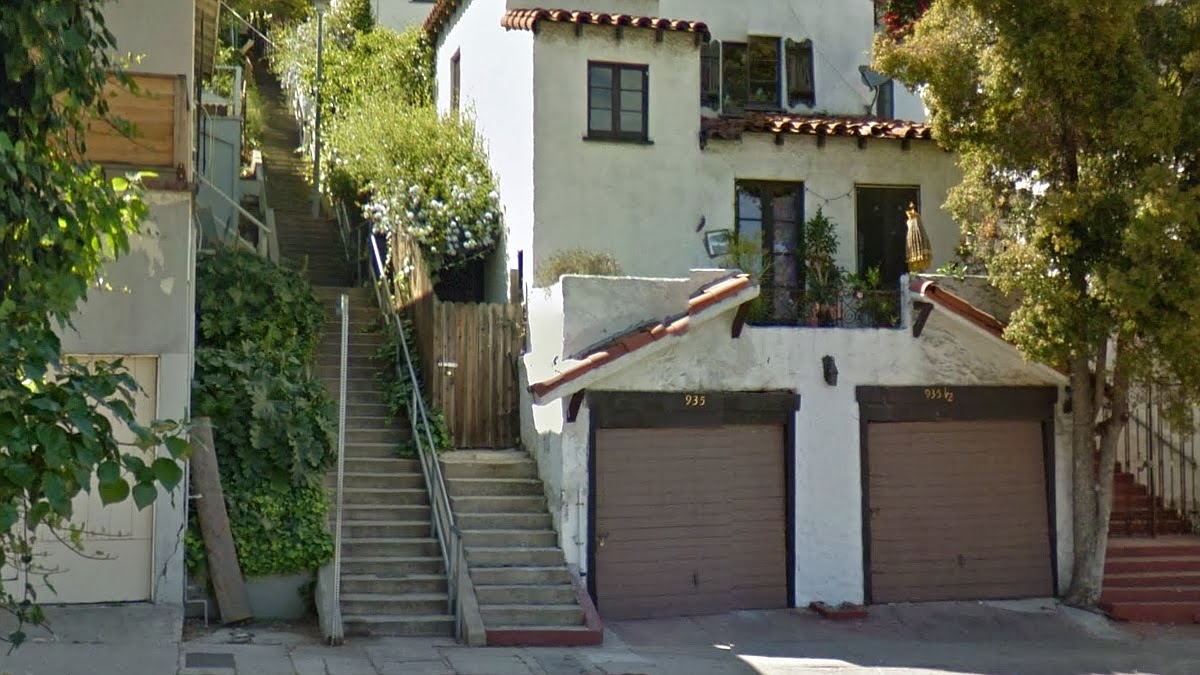