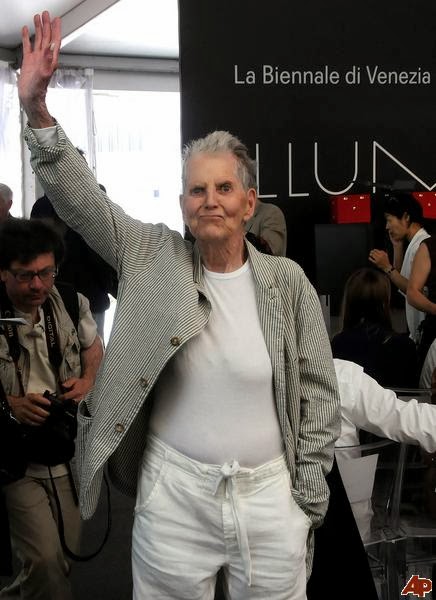 [The film], starring Michelle Williams, Bruce Greenwood and Paul Dano, is about pioneers stranded on the Oregon Trail and was filmed from federal lands adjacent to the wildlife refuge."
- posted by cjb @ 7:00 PM 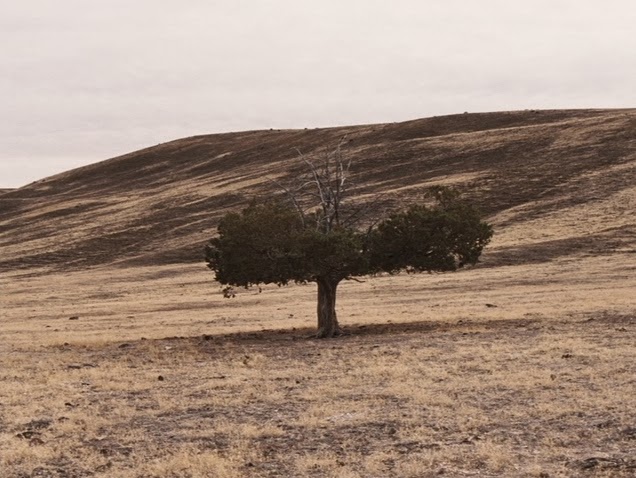 "The difference between us," says my friend Neaera, rightly, "is that I'm an [Myers Briggs] INFJ and I think you're one letter different.  Also, you're a modernist, and I'm a postmodernist."  Well, sometimes.
- posted by cjb @ 11:46 AM

"A handful of teams took to El Cap on the eve of the shutdown, in a vertical game of catch-me-if-you-can. There was little the authorities could do, except issue $50 parking tickets and make plaintive calls over a loudspeaker. 'Climbers on El Capitan! The park is closed! No recreating!' one team reported hearing, as they dangled 2,000 feet in the air."
- posted by cjb @ 9:04 AM
Monday, October 14, 2013

Alice Munro's The Bear Came Over The Mountain, my favorite of her late stories, and a fine example of critical realism quietly doing its work in the world.  There are passages in this piece, which I first read when it was published in 1999, which I can scarcely read without beginning to tear up, as AM quietly & relentlessly cuts the ground from beneath our feet.  For instance:

"[T]he next time he went to Meadowlake, Grant brought Fiona a book he’d found of nineteenth-century watercolors made by a lady traveller to Iceland. It was a Wednesday. He went looking for her at the card tables but didn’t see her. A woman called out to him, 'She’s not here. She’s sick.'

Her voice sounded self-important and excited—pleased with herself for having recognized him when he knew nothing about her. Perhaps also pleased with all she knew about Fiona, about Fiona’s life here, thinking it was maybe more than he knew.

Grant went to find Kristy, who didn’t have much time for him. She was talking to a weepy woman who looked like a first-time visitor.

'Nothing really,' she said, when he asked what was the matter with Fiona. 'She’s just having a day in bed today, just a bit of an upset.'

Fiona was sitting straight up in the bed. He hadn’t noticed, the few times that he had been in this room, that this was a hospital bed and could be cranked up in such a way. She was wearing one of her high-necked maidenly gowns, and her face had a pallor that was like flour paste.

Aubrey was beside her in his wheelchair, pushed as close to the bed as he could get. Instead of the nondescript open-necked shirts he usually wore, he was wearing a jacket and tie. His natty-looking tweed hat was resting on the bed. He looked as if he had been out on important business.

Whatever he’d been doing, he looked worn out by it. He, too, was gray in the face.

They both looked up at Grant with a stony grief-ridden apprehension that turned to relief, if not to welcome, when they saw who he was. Not who they thought he’d be. They were hanging on to each other’s hands and they did not let go.

The hat on the bed. The jacket and tie.

It wasn’t that Aubrey had been out. It wasn’t a question of where he’d been or whom he’d been to see. It was where he was going.

Grant set the book down on the bed beside Fiona’s free hand.

'It’s about Iceland,' he said. 'I thought maybe you’d like to look at it.'

'Why, thank you,' said Fiona. She didn’t look at the book.

She said, 'Ice-land.' The first syllable managed to hold a tinkle of interest, but the second fell flat. Anyway, it was necessary for her to turn her attention back to Aubrey, who was pulling his great thick hand out of hers. 'What is it?' she said. 'What is it, dear heart?' Grant had never heard her use this flowery expression before.

'Oh all right,' she said. 'Oh here.' And she pulled a handful of tissues from the box beside her bed. Aubrey had begun to weep.

'Here. Here,' she said, and he got hold of the Kleenex as well as he could and made a few awkward but lucky swipes at his face. While he was occupied, Fiona turned to Grant.

'Do you by any chance have any influence around here?' she said in a whisper. 'I’ve seen you talking to them . . .'

Aubrey made a noise of protest or weariness or disgust. Then his upper body pitched forward as if he wanted to throw himself against her. She scrambled half out of bed and caught him and held on to him. It seemed improper for Grant to help her.

Aubrey made the same sound again with his face in her chest and there was nothing Grant could decently do but get out of the room.

'I just wish his wife would hurry up and get here,' Kristy said when he ran into her. ' wish she’d get him out of here and cut the agony short. We’ve got to start serving supper before long and how are we supposed to get her to swallow anything with him still hanging around?'

Grant said, 'Should I stay?'

'To keep her company,' he said.

'They have to get over these things on their own. They’ve got short memories, usually. That’s not always so bad.'

Grant left without going back to Fiona’s room. He noticed that the wind was actually warm and the crows were making an uproar. In the parking lot a woman wearing a tartan pants suit was getting a folded-up wheelchair out of the trunk of her car."
- posted by cjb @ 6:29 PM
Sunday, October 13, 2013 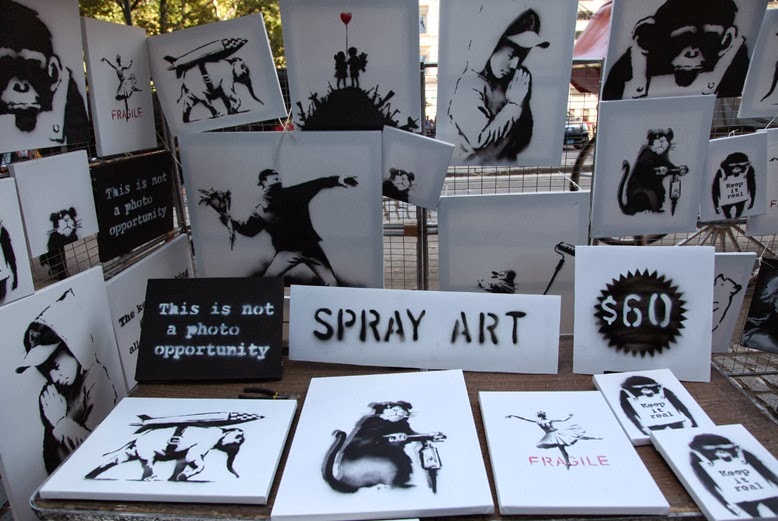 Aesthetically Claimed Thing: Banksy, Better Out Than In, 2013

"Yesterday I set up a stall in the park selling 100% authentic original signed Banksy canvases. For $60 each. Please note: This was a one off. The stall will not be there again today."
- posted by cjb @ 4:46 PM