"We are no longer in a vein of reverent quotation, but of tapping and recycling.  Manet skims from anywhere -- he reverses, assembles, tinkers.  In this wholly prosaic rapport with tradition, the history of art -- its institutions and rules -- is denied the silent authority that it had exercised on every young painter since his first stroke of the brush."

Two takeaways, as the kids say:

2.  Resemblance is a stumbling block for critics.  If artwork A resembles artwork B, the typical suspicion is that A must be "reverently quoting" B, and, therefore, in the thrall of pernicious influence (qv. Harold Bloom, The Anxiety of Influence).  Even B's creator might be confused.  But resemblance is best considered "ostensible resemblance."  Ostensible because intrinsically different (made at different times, in different places, with different materials, for different reasons). (Borges' Pierre Meynard wants to close these gaps; comedy ensues).  Critics who identify iconographic resemblance have to work harder to prove conceptual resemblance.  Most of the time they can't.

Q:  What if you could have gotten [professional printer X] to print your tree?

A:  I wouldn't have.  I'm not engaged in making copies.

Q:  Or seized control of the whole studio production process?

Attacking Syria is a terrible idea.  Let's review some reasons why:

2a.  No back-up strategy for when Hezbollah, etc. launches inevitable terrorist attack on American assets in response to cruise missile attacks.

3.  No credible Syrian opposition group ready to assume power if and when if Assad regime eventually topples.

Michael Weiss, writing in Foreign Affairs, labors mightily to rebut me.  He's best on #2, and worst on #3.  His is a well-written, well-argued, totally misguided attempt to involve the US in another adventure that has no clear exit strategy and will undoubtedly cost blood and treasure that the States can ill-afford, but here we go, here we go, here we go.
- posted by cjb @ 6:39 PM

Why I Write, by Donald Fagen

"The smaller, more fragile kids would try to squeeze into the space between the bleachers and the wall, but Mr. Burdett would march over and yank them out, back into the open, to live in this world of pain. I guess he figured that when D-Day came around again, we’d be ready to hit the beaches.

I decided to describe a typical Bombardment session in a feature for the [high school] newspaper, only exaggerating for comic effect à la Mark Twain or H.L. Mencken. It was really a pretty dumb bit, as I remember. I transformed the two teams into mythic, Olympian armies and, at the end of the period, wounded heroes lay bleeding out on the gymnasium floor. Nevertheless, a number of parents were apparently appalled by my revelations and complained to the P.E. department. 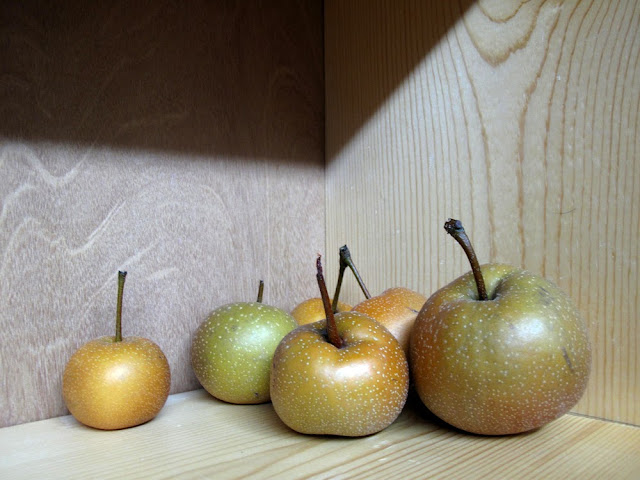 Meanwhile, on another one of those "five topics of conversation," some lucky bugger:

"I have no photographic evidence of this but I just met and shook hands with Walter Becker at a store across the street from the theater in [Kansas City]. He refused a picture and autograph (no surprise), but he did shake my hand say hi and give me a smile. Fuckin awesome!"
- posted by cjb @ 8:25 PM 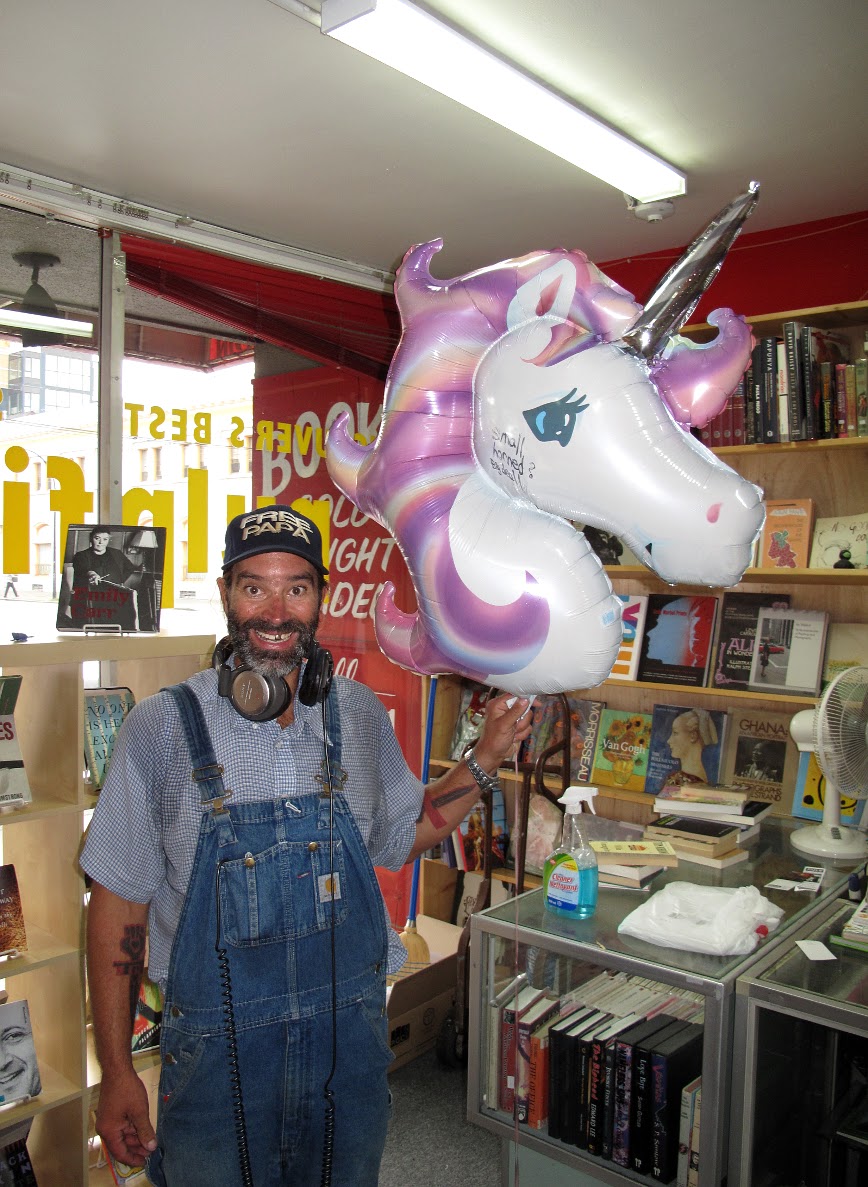 UNBLINKING WOMAN IN HER 40s WHO ACTUALLY TALKED LIKE THIS:  Hi!  I have another job -- that I work at all week! -- so I can only come in on weekends.  I'm going around town asking for advice and help with my dream of starting my own bookstore.  I mean, is this even possible?

UWIH4WATLT:  I've been doing a lot of reading about how, now, independents are coming back after e-reading.  But, I'm going to need a lot of help!  I have a list of questions.

CJB:  Sorry, that's not really something I'm gonna be able to help you with right this second.  I'm at work.

UWIH4WATLT:  I mean, how would I even go about it?  Do you know of any mentors who could help me?

CJB:  I'm, uh, not really qualified to answer your questions.  I will say, though, if you don't like working sixty to eighty hour weeks, this probably isn't the job for you.

UWIH4WATLT [instantly frosty]:  Well.  I already work those hours, at my job.  So, I don't know what you're implying.

UWIH4WATLT:  Are you the owner?

UWIH4WATLT:  Well you haven't been helpful at all.  With an attitude like that, I have no idea how you succeed in business.

CJB:  Thanks for that. Hey, thanks for coming in.

EAVESDROPPING REGULAR WHO GETS IT:  Wow.

CJB:  Yeah, I can't win.  In the old days I'd be a sarcastic dick.  Now I really try to rein myself in, and that doesn't work, either.

ERWGI:  You were really trying, man.

CJB:  Yeah.  There's this refrain -- when I was younger, and lived at home, and said or did something really stupid, my mom would always say -- and this is maybe not so PC -- What's the matter with you, CJB, are ya retarded?