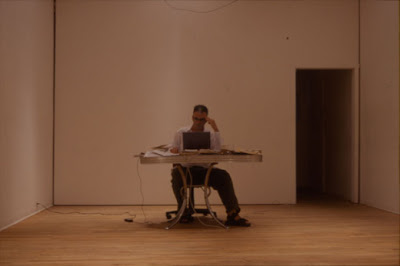 That sentiment might explain his struggle and dissatisfaction: despite all efforts, there are some lost things, or lost moments, or lost people, that remain irretrievable.
- posted by cjb @ 10:45 AM