Lamplight in the lane, orange mist drifting down.

The coppery coolness of the approaching front pushing in from the west.  The cat leaning out the window into the rain, tail aswish.

1am: walking across the Granville bridge, singing Dusty singing Bacharach.

Rain stronger now, the city all asleep, only a few lights showing in the towers by the bridge.
- posted by cjb @ 2:08 PM

So a man's put to task and challenges
I was taught to hold my head high
Collect what is mine,
Make the best of what today has

And some things, they fall to the wayside
Their memory is yet to be still
Belief has not filled me
And so I am put to the test
- posted by cjb @ 12:50 PM

ARTISTS WHO DO KICKSTARTER 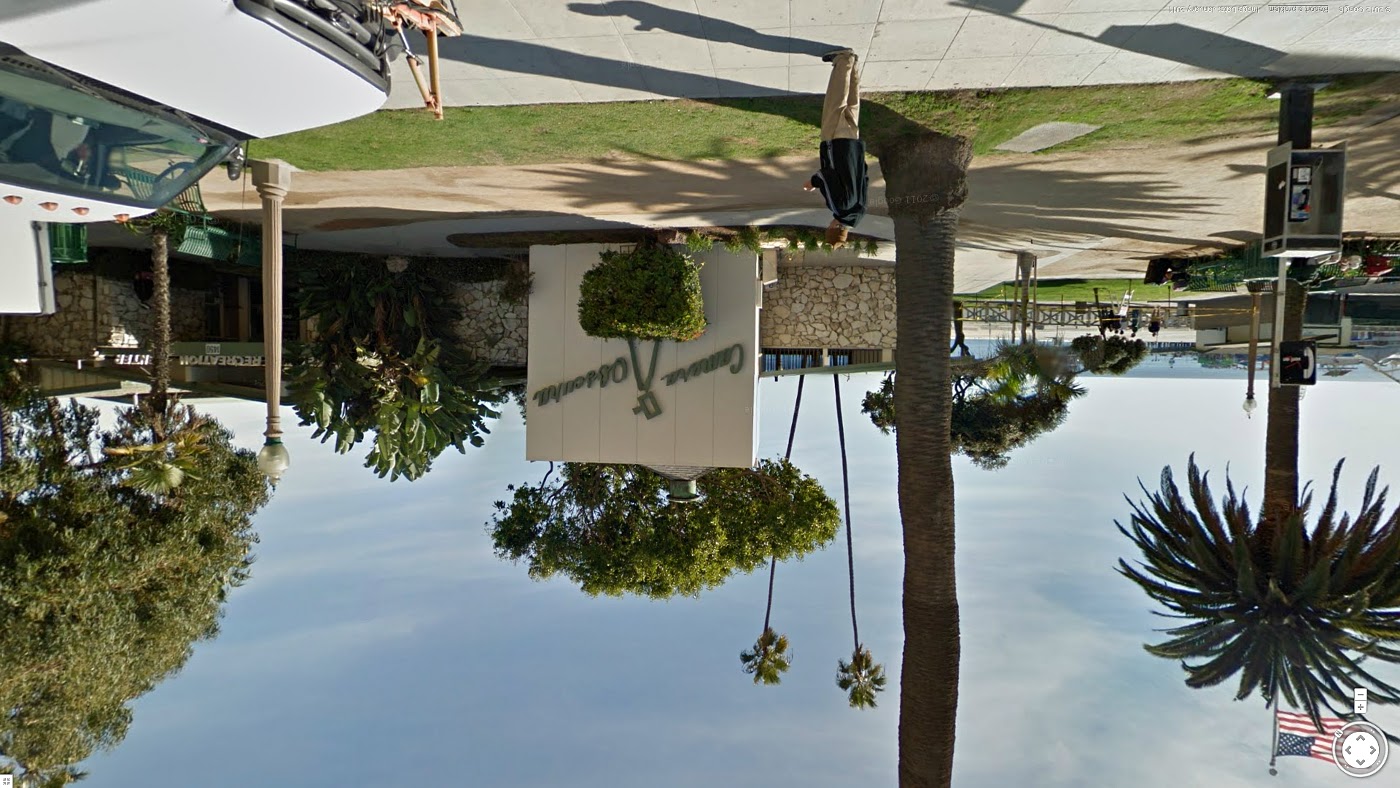 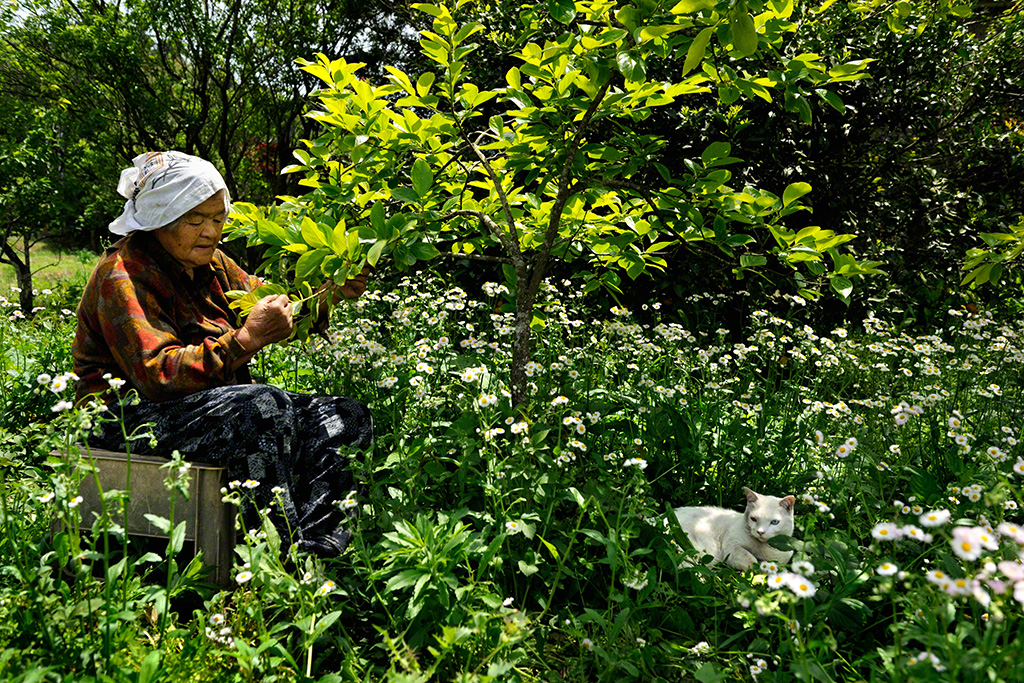 THERE ARE CAT PHOTOGRAPHS ON THE INTERNETS

What a great picture.  Expressive body language; complicated fabric patterns; light and growth; the little green tree; and old Mr. (or Ms.) Supervisor in the corner, making sure that whatever work is performed is up to snuff.
- posted by cjb @ 10:35 AM
Wednesday, June 13, 2012 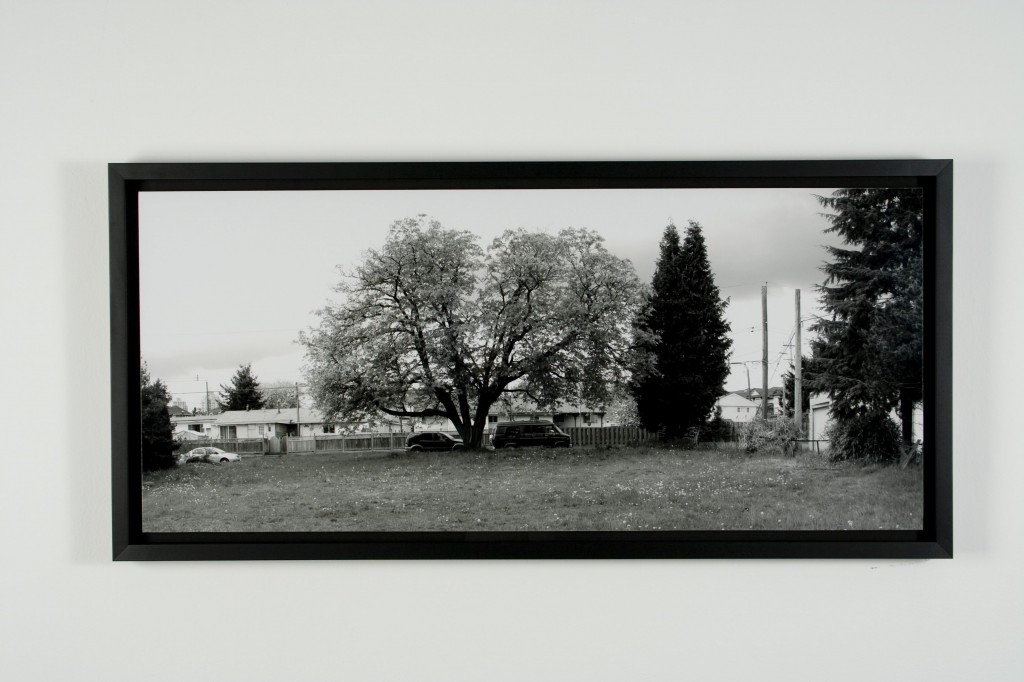 "These artists—most of whom currently reside in Vancouver, or have studied here recently—exploit the deceptions of the photographic through experiments with analogue and digital processes. The human hand working with decidedly analogue techniques to fix image is evident throughout the exhibition. The installations and sculptural works in particular reveal how basic means can produce hallucinatory uncertainty. Strong material sensibilities are also present in painterly treatments of surface and collaged pictures. Verisimilitude is even set against optical accuracy in one apparently seamless photograph that is in fact patched together from over two-hundred fragments."
- posted by cjb @ 5:56 PM

A ways away from the Ballardian world of CJ, but maybe not so different, after all:

"Beyond the empty restaurants was a ruined boardwalk of bricks steered apart by the moving sand, vegetation leaning away from the wind, and a dance floor under a collapsed pavilion filled to the wall tops with sand, nobody in any direction. At dinner, the teenage son of the landlords lay in a hammock from which he seemed to have never risen, telling us it was open war to the north: his cousins from San Antonio robbed in daylight of everything including the car; a girl kidnapped last week found dead despite the ransom paid; narcos going onto buses and taking migrants for their armies; the dead found month after month in the hundreds; they will shoot you just for fun.

We drank beers as the sun went down, and then the rest of a bottle of Presidente brandy I'd found in the van, and a hundred yards away, the police were driving up and down the surf looking for somebody to rob."
- posted by cjb @ 4:08 PM 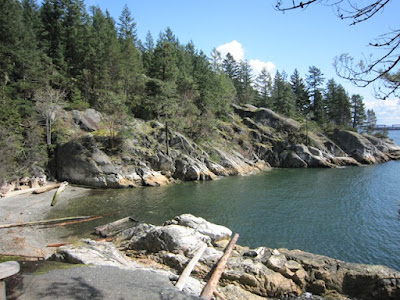 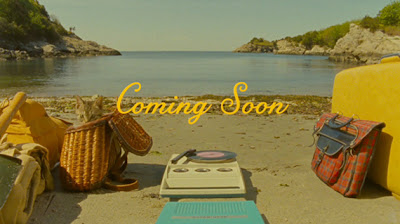 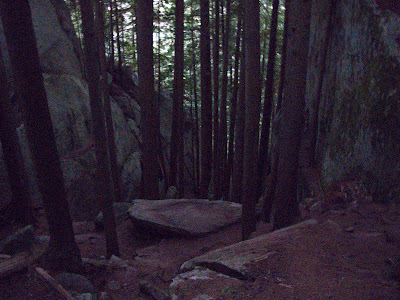 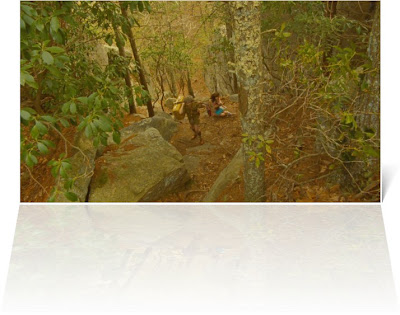 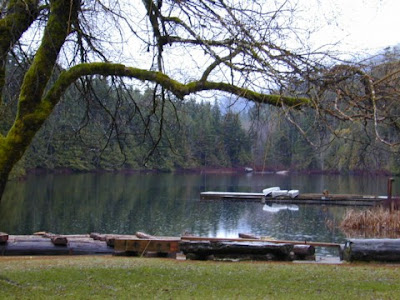 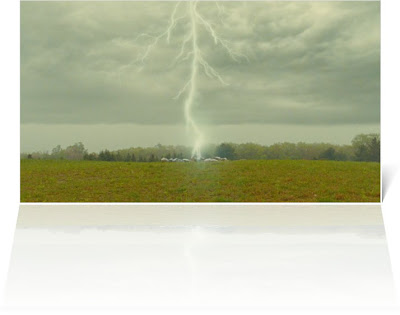 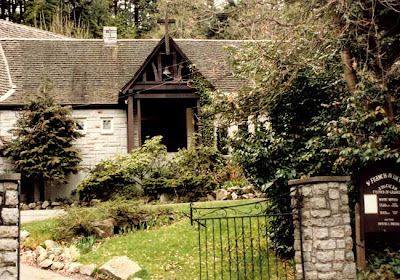 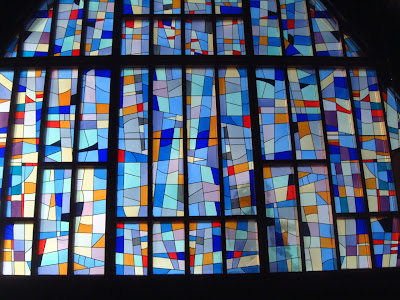 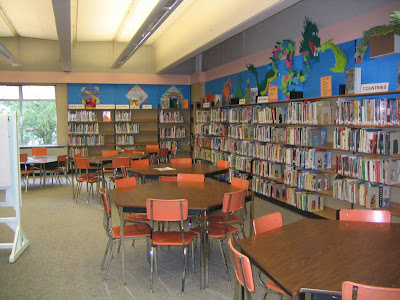 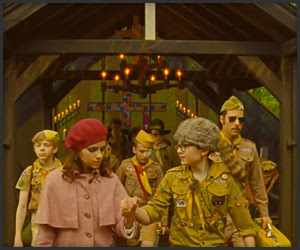 "A form of extended metaphor, in which objects, persons, and actions in a narrative, are equated with [...] meanings that lie outside the narrative itself."
- posted by cjb @ 9:55 AM
Tuesday, June 12, 2012

I love this stuff, especially after having performed a similar calculation twenty-four months ago and reached an identical conclusion.  A classic Graham-and-Dodd play.  Currently approx. 10% of the real [read: seldom-disclosed] Anodyne Inc.

A:  Nothing immediately on the horizon, but the dividend's credible (2%).  A better way to think of Guardian is as the equivalent dollar amount of BMO stock, with a scratch-and-win ticket stapled to it.  Even if the stratch-and-win is a loser, you still have the (not inconsiderable) BMO retained earnings for the length of your holding period.

"The company’s easiest-to-value asset is a 5-million-share hoard of Bank of Montreal stock, worth about $280-million at the end of the first quarter. Guardian received the stock more than a decade ago when it sold its mutual fund business to the bank. The BMO stock holding alone works out to $8.20 a share, or nearly the same as the current stock price. Also easy to visualize are the company’s holdings of cash and other marketable securities, worth $104-million or $3.06 a share.

The money management arm of the company makes for a relatively easy assessment, too. Wealth managers catering to institutions are typically valued at about 1 per cent to 3 per cent of the assets they oversee. Mr. Hardie took some of the lower assessments in that range and calculated the worth of Guardian’s operation at $274-million, or $8.10 a share, once again not too much different than the current share price Adding up the sum of the assets and subtracting the debt, you come up with a very inexpensive stock. Conceptually, investors are either getting the BMO shares or the money management business almost for free."
- posted by cjb @ 9:50 AM
Monday, June 11, 2012

Ask Me
by William Stafford

Some time when the river is ice ask me
mistakes I have made. Ask me whether
what I have done is my life. Others
have come in their slow way into
my thought, and some have tried to help
or to hurt: ask me what difference
their strongest love or hate has made.

I will listen to what you say.
You and I can turn and look
at the silent river and wait. We know
the current is there, hidden; and there
are comings and goings from miles away
that hold the stillness exactly before us.
What the river says, that is what I say.
- posted by cjb @ 11:26 PM

"Stanton suddenly remembers he left his car back on earth parked in a 'Two Hour Zone.' That was three years ago..."
- posted by cjb @ 2:52 PM

"The bio-weapon is a black, DNA-based weapon that doesn’t react the same to all types of alien DNA. So when it touches its maker - an Engineer - it drives them mad and eventually makes them explode. Hence what we see in the movie with the holograms when the infection spreads and all the Engineers are running around trying to get to The Head Room (rooms?) - specialized chambers that are atmospherically programmed to keep the bio-weapon in stasis (it’s not that the Prometheus crew springs a trap, it’s that they leave the door to The Head Room open).

We don’t see any sexes amongst the Engineers and considering that they seem to have made this weapon without thinking what it would do to a female, I suggest that they have no sex. So the Engineer brain trust on this military base created a bio-weapon they could drop on a planet. This bio-weapon would alter the victim’s DNA and cause the infected to go full berserker (the males we see infected in the film, the worms) against anything else with no direct purpose. It’s possible that it spreads infections male-to-male when it causes the head of an Engineer to explode in a fine mist. What the Engineers (and if you believe Genesis, God himself) didn’t count on was women. Or, specifically, that these things they would attack and kill have some way of reproducing a complex set of DNA (in our case, a very similar DNA strand to the Engineers). Being that the bio-weapon is DNA-based, every time the bio-weapon interacts with the DNA building structures in another life-form, a new species is born. Note the vagina/womb at the top of the alien life-cycle mural. The concerning thing in Prometheus is the sculpture in Engineers' stasis room that looks like a xenomorph head. That implies that at some point the Engineers realized what was possible with this virus, because I am convinced (and the film has nothing to disprove me) that the xenomorph-style head is derived from when an Engineer is infected by one of the new species. They’ve discovered this and it - rightly so - scares the crap out of them as a race. They’re a group of things that have gone around the universe creating life in a fairly normalized manner and now they’ve created something that creates a NEW something when it turns on them.

Too complicated? Let me try to break this down.

The Bio-Weapon (Black Goo) has the following characteristics: When it infects you, it has two purposes: kill and spread infection. It needs to be inside of the thing in order to start changing it, so it has a biological imperative to get INSIDE you. In it’s weaponized form, it has no consciousness that we know of. Instead, it’s more like parasitic DNA that re-purposes the things it infects.

However, when the bio-weapon comes in contact with a female capable of giving birth (or…say…LAYING EGGS), there’s the unintended side-effect that the monster gains the ability to reproduce. Hence Cuddles the squid baby having the same biological imperatives as the bio-weapon (Kill, reproduce), but the chest-bursting aspect is wholly new because the bio-weapon has mutated. It can’t transform DNA anymore, it needs to reproduce, to create another version of itself, a new species.

What we see in the last, crappy shot of this movie is NOT a xenomorph like we’re used to. First - it doesn’t incubate for long enough and emerges a quadruped. Second - it’s internal jaw is close enough for us to recognize, but it’s not the same. Third - it’s head is too pointy.

It’s not like the xenomorph doesn’t exist in numerous sculpts, this is all on purpose because this is a version of the alien we haven’t seen before. It’s a Weapon-Human-species-Engineer life cycle.

In order for the bio-weapon to produce the xenomorph, the bio-weapon must have infected a female (or queen) of a more insect-like race. A race of aliens that lay eggs (it’s not human, because Shaw gives birth to Cuddles; the eggs are wholly absent in the human/Engineer weaponized species), has acid for blood, makes “hives.”

That’s why the face-huggers exist and don’t look like squid. That’s why there is a larvae process instead of fully-formed xenomorphs being birthed (with the exception of the Dog Alien in Alien 3, but a lot of the bio-weapon continues to adapt to whatever species it infects, the chest-burster is designed sort of like a tape worm with a mouth and the capability to use it’s tail as a spring, so it makes sense). So - what happened before the beginning of Alien?

1) The Engineers are off killing races (for reasons even Prometheus leaves you hanging on) and one or a few of them are piloting a ship full of bio-weapon to a planet. They drop the bio-weapon on the planet, hoping to kill the insectoid race. Something goes wrong, the pilot gets infected and as he’s returning home to report victory or rally the troops to finish the job, a queen busts out of his chest, he crash lands on LV-486, dies. The Queen is like “WTF, no life forms?” so she lays as many eggs as possible, then dies. Then, the Nostromo arrives…

2) The Engineers have realized that their bio-weapon has crazy consequences when turned on themselves. “Why are we using the same weapon to create as well as destroy when we could make a whole creature that would just kill everything?” they ask themselves. One of their experiments goes wrong and they unleash the first proto-xenomorph (with the penis-shaped head). It takes forever to kill it, but they’re like: “HEY! If we mix this with the right species, we could create something really deadly.” Thus begins the search for what to combine with their creation-weapon to make the ultimate new weapon. Facilities like the one we see in Prometheus are launched. At some point post-Prometheus, they finally discover the best species to make a hybrid with - some sort of insect like species. The Space Jockey goes to the “Alien homeworld” collects as many eggs as he can so The Engineers can mass produce this new weapon, but something goes wrong and he’s infected, crash landing on LV-486."
- posted by cjb @ 11:30 AM
Sunday, June 10, 2012