Novelist and critic Michael Turner recently saw my photographs, and has some thoughts about them:

Currently at CSA Space is Into Thin Air, a selection of twelve digital photographs by Vancouver-based art writer, curator, photographer, bookseller and gallerist Christopher Brayshaw, taken between 2008 and 2011 in Vancouver, Los Angeles, Las Vegas and New York. The curator of the exhibition is Steven Tong, who likely had a hand in the sequencing of these works, a sequence I will follow in the writing of this review.

The first thing that comes to mind after viewing these pictures is the angle from which they are captured. In the first picture (Opuntia fiscus-indica, 2011), a cactus, like so many of those succulent fountains that greet us as we walk the streets of California’s largest city, stands at the edge of the sidewalk. From there, the photographer’s eye is drawn downwards (La Cienega, 2010), where curled leaves gather neatly at the base of the tree from which they have fallen and a ghost-like reflection dances in the shadows to the right. Following that, a garden of cacti (A Heterogeneity, 2011), where Latin nameplates, not fallen foliage, beckon at the base of these plants. Following that, the contents of a shop window (Antique Dealer's Window, Los Angeles, CA, 2010), after which the high-angle view is broken (In a Conservatory, 2011) by a dead-on view similar to the one that greeted us at the outset (Opuntia fiscus-indica). The difference here is that now, for the first time, the photographer is on the inside (of a glassed section of a building), looking out (past the cactus before him).

The sixth picture in the exhibition marks a shift in light, colour and subject. The photographer is still looking downwards, but this time on the outside looking in; in this instance, at a worker digging a hole, his back turned from the camera. Between the photographer and the worker is a gridded safety screen. After that, we are back in L.A., looking at the largest work in the show (Cosmopolitan Book Shop, Los Angeles, CA, 2010), a picture that hangs alone on the west wall, dividing the north and south walls of the gallery, and perhaps setting up an expectation for the second half of the exhibition. Or perhaps a review of what preceded it? Indeed, I see something of those curled leaves in the peeling letters of the book shop’s sign, a suggestion that the book shop, like many book shops these days, is headed for what might be its final winter. Like the hole-digging worker, and unlike the other pictures before it, the book shop is shot at some remove. But while the worker in the sixth picture is viewed with Waddellian admiration, there is something menacing about the book shop, where behind its counter sits a mean old man staring balefully at bursting shelves, with no signs of life between them.

Distance from the subject is both resumed and collapsed in the seventh picture (Blind, 2010). The focus here is not on what hangs in a smudged and dusty window but whatever is on the other side of the house that surrounds it, above which the sky is reduced to a small patch of blue and the house itself is a “blind” between photographer and subject, predator and prey. Are we disappointed, then, to find that the eighth picture (Coat Suspended from a Tree, 2008) is not worthy of such secrecy, that the union of a beige coat wedged neatly into the V of a tree looks as natural as the leaves at the base of the second picture, so natural in fact that it does not seem out of place and therefore hardly worth noticing? Of the tenth picture (Purity, 2011), a rain-soaked window sends us back to the grid between photographer and worker, and again we find the photographer on the inside looking out (or do we?). The eleventh picture (Surveillance Tower and Palm Tree, Livingston, CA, 2010) has the photographer outside once more, only this time he is looking up (for the first time in the exhibition) above a grassy knoll to a bright blue sky, before which stand traffic signs, light standards and a surveillance camera, all instances of social control, all aware of each other in this most constructivist of compositions. Of the final picture (Arroyo, 2010), the energy, though hidden, is gravitational: water pours out of a dusty mound into a creek hidden by brush. This work, to my mind, is the finest of the twelve pictures in the exhibition. A haunting composition, and a fitting end to an intriguing sequence.

What to make of this narrative? Given the photographer’s penchant for science-fiction, I am reminded of Philip K. Dick and his interest in the unraveling of the ordinary into the otherworldly, like that which lies on the other side of the aforementioned house (“Blind”). Maybe what “Ragle Gumm” sees (or thinks he sees) in Time Out of Joint (1959). Either way, after walking through Into Thin Air, I could only walk through it again.

But the artist is also an art critic, and this is significant too. Many of the pictures in this exhibition are reminiscent of the artists he has written on and curated. I mentioned Stephen Waddell in relation to the sixth picture (An Excavation), but that same picture also evokes an artist obsessed with holes and those who dig them: Jeff Wall. Cacti (specifically gardens) feature prominently in the work of Scott McFarland, while the coat in the tree looks like a "Roy Arden." Mike Grill also makes an appearance. But rather than see these works as derivative, what comes to my mind is not homage but a writer out for a walk with his camera, where the thoughts that occur to those who mull over what they write about are sometimes best expressed not in words but in pictures. I think Christopher Brayshaw – and curator Steven Tong – have reminded us of that with this thoughtful and worthwhile exhibition.
- posted by cjb @ 7:21 PM

Proud to have been a very small part of this, and to recognize some of those non-YVR faces and places.
- posted by cjb @ 9:29 AM

A thoughtful letter from Stephen King to the NYT:

"Damaged, dangerous people like Lee Harvey Oswald are loaded guns; the combination of hatred and political extremism is the trigger."
- posted by cjb @ 9:02 AM
Wednesday, November 30, 2011 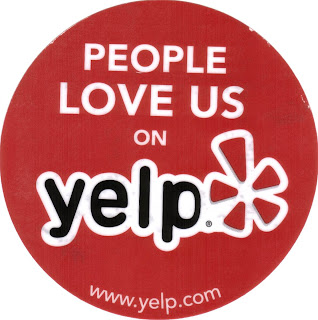 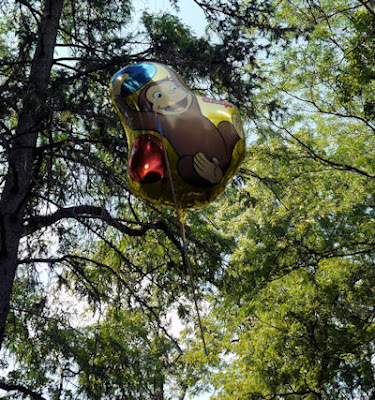 Winter: Otis Redding on the deck, white winter sunlight in the bare trees and on the stone facade of the ballet academy across the road.  Radiator behind the desk ticking over.
- posted by cjb @ 10:36 AM