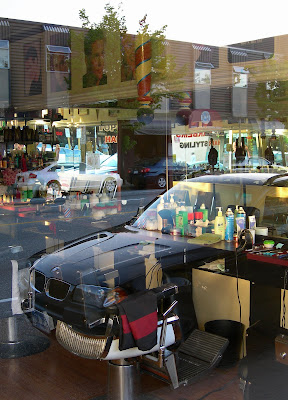 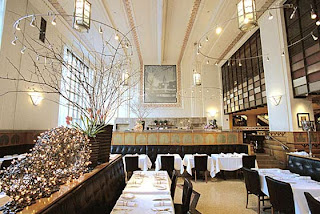 Genealogy of a New Obsession

Out in intardnets reviewland, it's apparently de rigeur to bash chefs and waitpeople like crazy. For the record, L. and I have never been treated with anything other than great courtesy and attention at the establishments listed above, even when it was obvious that our table's check was going to be far from the largest in the room. A special thanks to the front-of-house staff at Bistro LQ and Eleven Madison Park for their genuine interest in the wide-eyed Canadian gastrotourists in the corner, and for all the unsolicited advice and extra courses.
- posted by cjb @ 6:24 PM

Big pot. Hot. Four onions, 1/4" chunks. Big lump of European butter and a half cup of Gewürztraminer, though any good white wine would do. Turn to coat the onion pieces in the hot fat. Chicken stock. Simmer, never browning, for around an hour and a half. The idea is to make the onions as soft and sweet as possible, which leaves time for urban land economics homework, farting around with the cat, sweeping out the kitchen, etc. Onion mixture into blender, pulse to consistency of mashed potatoes. Fail to lock lower blender ring down; delight cat by spraying onion puree all over self and counter.

Three onions. Fine dice. Pan on high. Glug of neutral oil. Small knob of brown sugar. Onions into hot oil and left to brown. Deglaze with a couple glugs of balsamic vinegar, scraping all the tasty brown bits up off the bottom of the pan. Reduce by half to a "jammy" consistency, add a shot of sherry vinegar, pinch of salt, and pull off the heat.

This was delicious, inexpensive, and rivals anything I've ever eaten in a local "fine dining" establishment.
- posted by cjb @ 6:01 PM