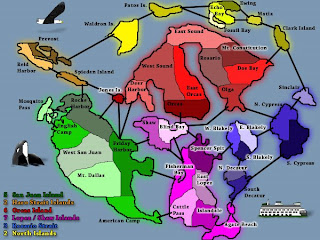 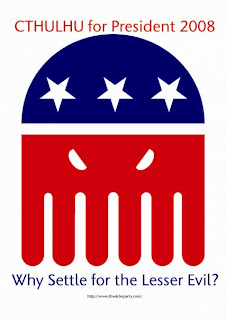 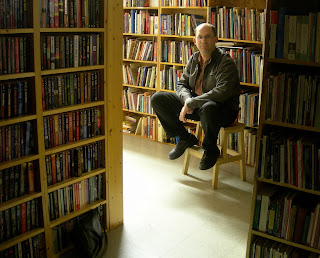 The author in his stacks. Photograph by Grace James.
- posted by cjb @ 1:39 PM

One of the staff meets the pint-size fences I ejected last week:

"Three little eight-year old kids came striding through the front door, all with backpacks and all holding skateboards under their arms. One in the lead, flanked by two of his buddies.

Now, I already knew who these little kids were. The week before, I heard they were peddling obviously stolen graphic novels to the bookstore and the comic store a few doors down. How obvious? They tried to sell the comic store three copies of the same graphic novel. When they got called on it, Lead Kid loudly reminded his buddy about that time his mother bought him the same copy of a comic he already had for Christmas, by accident. The comic in question was published in February.

Lead kid looked me up and down, and since I visibly wasn't my boss who had kicked them out last week, decided to play Grand Theft Auto: Toddler.

LEAD KID: Can I show you some books for cash or credit?

JNADIGER: Sure, what do you have?

LEAD KID: I have some graphic novels.

And on cue, all three kids empty their backpacks to reveal these shiny new hardcover graphic novels, all from the last two or three months. They were all from Marvel or DC, pretty mainstream stuff like Wolverine or Justice League of America. All the while, Lead Kid is totally sweet-talking me, trying to stop my questions before I ask them.

LEAD KID: These three are mine, and those five belong to my friend there.

I was alone in the store, my boss was around that day, but he had stepped out for lunch, so I couldn't abandon paying customers to fuck around with tiny thieves. I was going to make him identify the Martian Manhunter or something, or quiz them as to what happened in one of the books. But I was busy. So instead, I just said:

JNADIGER: I'm not taking your books.

LEAD KID: Why not?

JNADIGER: Why do you think?

LEAD KID: You tell me.

Most kids that are annoying or pushy will usually back off when confronted with a flat out 'No.' They don't give you attitude normally reserved for strip club bouncers. I didn't really feel like getting into it with him, mostly because this kid had ice in his veins. I didn't want to get beaten to death by skateboards.

JNADIGER: No, take a hike, kid. Fuck off.

Most kids that are, you know, eight years old will either laugh because you made a swear or get nervous and rat you out to their closest parental unit. Lead kid just put his hot comics back into his back, shrugged his shoulders, and said:

And calmly made their way to the comic store next door. It was some Charles Dickens shit happening there, let me tell you."
- posted by cjb @ 10:50 AM
Thursday, September 04, 2008 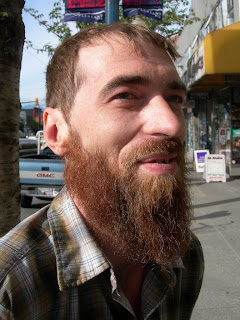 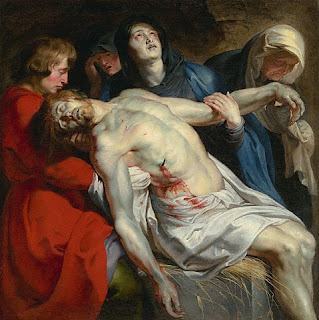 1. Neaera doesn't want a symphonic art, or a totalized, overdetermined one, just something capable of blowing through the local hothouse atmosphere like a summer shower. Half-listening in between the demands of the ringing phone and the back-to-school hordes seeking Atwood and Bronte and Orwell and Harry Potter I recall my friend Pete describing Evan Lee's photographs in an old essay, remarking on their visible lack of intention, their refusal to traffic in the usual cliches of signification (ie., the symbolic representation of things the art-audience already intuitively knows how to "read": the monster house; the skate park; the crushed and upturned car). Take a picture like 4 Oranges (1999; on the artist's site). This is far from my favorite Lee picture, but I would take its plain reticence -- its reluctance to speak to much beyond what it nominally signifies (color; volume; quantity) over pictures with supplementary texts that rehearse, in often exhausting and mind-numbing detail, the significance of each element of pictorial signification. Good art can be informed by research, but art objects that put research on display, or (worse) equate research depth with aesthetic efficacy, seem to me to lack faith in the representational systems that constitute them as art in the first place. Victor Burgin aside, it's hard to footnote pictures in a way that enables picture and footnote to maintain an independence from each other. In the language of power exchange, good footnoted pictures (Burgin's US 77; Douglas' black-and-white photo-text Monodrama diptychs) are switches.

2. "I have to do it first to not do it," says Isabelle Pauwels, frowning at me from under her paint-splattered ballcap. (The question of externalizing one's concept of art as form and thereby changing it).

3. "Meaninglessness." Freedom from intention. The canon's usefulness only as an aid to plain sight (bright blue and purple pigments; space tipped, a la a Cubist table; cracked driveway concrete). Realism's demand to look and not reflexively prejudge. The "dead weight" of Rubens' Christ and his green skin. And John, in his red robe, who notices and doesn't turn away.
- posted by cjb @ 12:08 AM
Wednesday, September 03, 2008 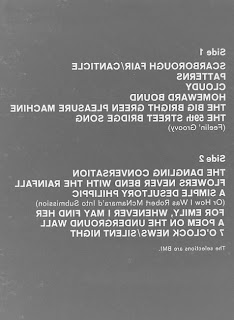 Jamie Tolagson, The Myth of Counterculture, 2007 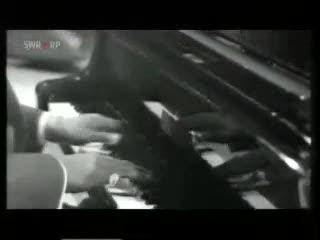 Nb. the hard-working sidemen in the background, first lurking not-so-unobtrusively, then striking up a whispery conversation as Monk bobs, ducks and weaves his way through the melody.
- posted by cjb @ 9:16 PM
Monday, September 01, 2008 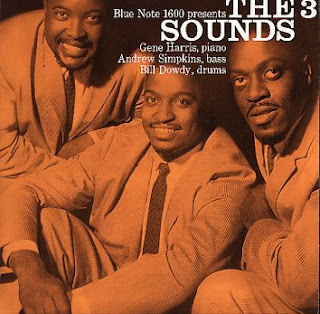 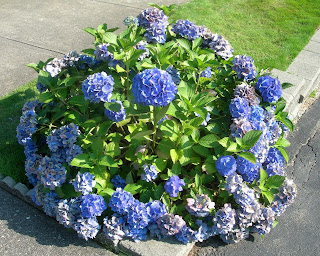