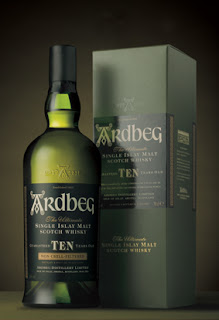 The Tyee's David Beers expertly nails my neighborhood on the head:

"[L]ook at Main Street through my son's eyes as we go on our rounds, seeking new distributors for another batch of his Panda War comic books. He hobnobs with the Lucky guys, chats up the rock singer who owns Red Cat records, introduces himself to a fellow with a book store over a sushi café. All of them hail the boy's arrival, speak in serious tones about his work, agree to distribute his wares for a 20 per cent cut of the action.

To my son -- and a lot of grown-ups drawn to the area -- Main Street is a model of what I'd call 'permeable capitalism.' Its nooks and crannies hold people who will happily explain how they gather, sift or hand make what they sell. My son, at seven, learns from his visits, and is able to imagine himself a creative entrepreneur."
- posted by cjb @ 11:58 AM 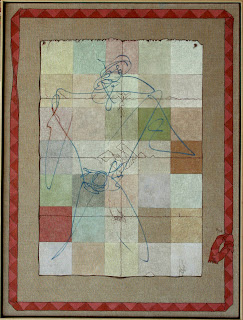 CJB returns, after long absence, to the pages of the Georgia Straight.

"[Robert] Young’s art imaginatively reconstructs experience as a kind of allegorical collage, in which realistically painted or drawn objects compete for the viewer’s attention with images pilfered from art history. His paintings are nominally still lifes that depict living-room interiors, flights of stairs, scenes half glimpsed through urban windows, and fruit and flowers. Their ostensible realism is repeatedly disrupted by visual quotations from the work of other artists, and by jarring shifts in medium. Oil is juxtaposed with chalky gouache, watercolour, coloured pencil, and silvery graphite.

Young’s compositions are further complicated by witty trompe-l’oeil effects, in which drawn or painted objects are tacked to the picture by carefully drawn pushpins or pieces of painted tape, à la William Harnett or Jasper Johns.

Young doesn’t distinguish, as do most people, between non-art objects and phenomena encountered firsthand (honeysuckle, shadows, a living-room carpet) and art he admires (a Suzuki Harunobu woodblock print, a Tuscan column). This is a radical idea in a culture given to enforcing separation between things, one eager to classify and sort more and more finely, forcing experience’s subjective richness into the narrow confines of genres or 'schools'." 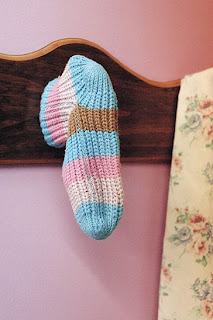 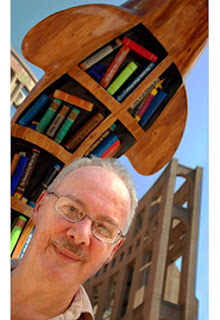 CJB: Dear Bruce, Sharon dropped into the store on Saturday and confirmed what I already knew, or had half-guessed: cancer, "palliative care," the works. I'd like to come visit but Sharon said you're probably not up to seeing people right now. "You're a writer, write a letter." So I thought I'd put a few thoughts down right away, then maybe add some more, later.

You know you're one of Canada's best writers, right? That may sound like a variation on "best tap-dancer in the room," but I hope you take it in the spirit I mean it. Like [Brian] Fawcett said in his Tyee review of Colin's Big Thing, the book's appearance just concretized what everyone was already thinking. I disagree with Fawcett much of the time, but I thought his careful reading of your work -- of the "you" in it -- was rock-solid, in particular his citation of your careful eye, your subtle and nuanced readings of social history out of landscape.

Like Jeff Wall and Ian Wallace's best work from the 80s, you also possess a kind of psychological clarity about and imaginative sympathy with your subjects, a sympathy which, strangely, you never extend to yourself. Your rigorous and utterly unsentimental judgements of yourself struck me as very brave when I first read them. They still do.

In a funny way, the example of your writing in VR (back when it still meant something to publish there) and, later, in Dooney's Cafe, let me start blogging -- a form which is all rigorous self-analysis, if you want it to be -- and work my way from there back to art criticism, and, eventually, to fiction. I know you weren't 100% thrilled with my kids' book (which I rewrote, and submitted, and which will be published [some time in] 2008), but without your fine example I don't think I ever would have been able to externalize my (largely negative) assessments of my own work and self-worth and keep on writing.

I was proud to be published by you in VR; it felt like a declaration of some kind, maybe one of "aesthetic solidarity." And for the example of your clear, linear, tongue-and-groove prose.

I hope you survive your illness (I wrote "beat," then excised that cliche's beating heart). I hope your criticism is collected and published, preferably with you still around to edit it. You are one of the very few figures I have taken as an "ideal reader." Most of all, I hope you will relax your legendary lack of sentimentality toward yourself and believe me when I say you are widely admired. And loved.

BRUCE SERAFIN: Chris, thanks for your kind letter. I am hard at work on an essay collection and a travel book set in Western Canada. The travel book is half done - and that half is well done, I think - and may end up having to be a short book in itself if I can find a publisher who'll do 30,000 word manuscripts that lend themselves to pix. Know anyone?

The essays: I'm revising 'em and getting Stan Persky and John Harris to look at them. I hope at the end to have a fairly substantial book. I may not see it published, but it would be fabulous to know it's done.

Now. Heh. About your writing. I have had an idea for a long time, religiously reading your blog as I do (nearly every day!) that you should do a graphic book - you should find a good graphic artist - and either do it realistically or realistically with cartoon (i.e. animal) faces on most of the characters. (You are a realistic writer Chris at your best - you have that power) I think graphic books allow an enormous range of intellectual as well as emotional movement - they have that documentary quality - now here's my room - here's what Chris's pix look like. The leaf in the gutter had the exact shape of Taiwan etc etc.

All this would feed to your great strengths as a writer: strengths of vision, outward and inward, strengths of analysis, and strengths of narrative: (I love it when different people come into your store.) 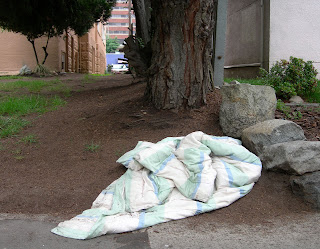 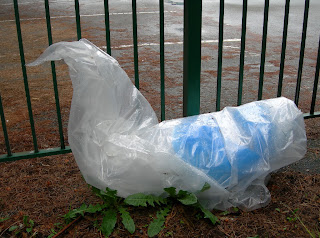 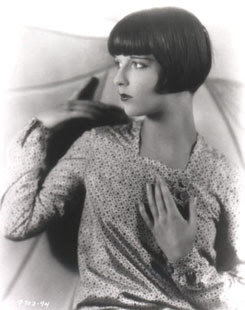 Time goes by
We fall asleep with the TV on
I dream about a laughing angel
The laugh becomes a furious whine
Look out fellas
It's shredding time....
- posted by cjb @ 11:00 PM 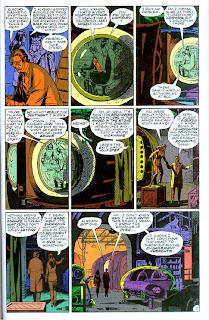 A Brother to Dragons

"UK trading standards officials threatened to prosecute the makers of 'Welsh Dragon' sausages because the product does not in fact contain dragon. The general public, it is felt, will be less easily misled by the new label 'Welsh Dragon Pork Sausages.' 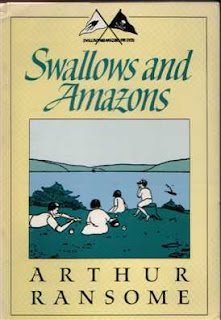 Uncle Zip and Mindspace chew over Ransome's exemplary series. The books -- especially the old blue Puffins, with Ransome's illustrations on their covers -- were always around the house, though my mom, brother dru, and uncle Paul were probably more faithful readers than I. As with Tove Jansson, or Rupert Bear, the illustrations always seemed a less mediated interface to the mirror-world of the text, and I probably paged through Swallowdale or Peter Duck more often than I read them. The simplified contours of Ransome's Lake District escarpments, hills and islands remind me of Ferdinand Hodler's lake-and-mountain vistas: landscapes whose compositions appear undirected, large and open enough to permit the mind to wander freely.

Mindspace: "The narrative in concerning the ‘now’ as it were yet takes its penetrative force – its ability to break with the mundane, with routine (its story-making value) – from the subversion of this ‘now’. Thus: making the wild the subject. The children are in communion with nature, camping, sailing, walking, exploring. Thus, I read of this ‘adventure in reality’; but only as a kind of voided now; for it was only in that balance with nature that the tale existed, the tale being about this very balance. In other words, I found myself identifying with characters who could survive ontologically (as it were) only to the extent that the link with the past was observed: observed, understood, brought into play, experienced, in one’s own life. But of course that for me at that time, even then, in the Sixties, that was impossible. Swallows and Amazons was impossible. It was all dead and gone. The book instead, for me, expressed an acute sense of the past’s irretrievable loss."

Fair enough, but I think that the series' impact on a young socially awkward West Coast Canadian in the 1970s and early 1980s was measurably different than its impact on, say, a resident of Toronto, New York, or Birmingham. Fucking around in the Coast Range -- which begins, literally, five minutes from my childhood West Vancouver home -- imparts a strong sense of, if not exactly nature's "permanence," then at least its presence as something larger than (and indifferent to) human activities. Early trips to Garibaldi Park got me into trouble later, in high school and in university art history classes, where I learned, somewhat to my surprise, that landscape was a "social construct," and largely fiction. We make our own landscapes, there is no "nature," essentialism, Western rationalism, boo hiss, & etc. Which makes sense, I suppose, if you're a chainsmoking PhD. who gets winded walking up a flight of stairs, and whose only experience of "nature" is watching the evergreens creak in the wind outside Lasserre's third-floor windows. It makes a lot less sense if you're an artist who spends a lot of time outside, like Bob Smithson -- "Well, in nature you can fall off cliffs...." -- or if you're descending a manky sixty-foot cliff slick with moss and running water, using several pairs of jeans tied together as a "rope," and seriously beginning to wonder if you and your friends will ever make it back alive.

"What'd you do on the weekend?"

"Really!" said my Art History and English Honors friends, glad that someone was out enjoying "nature."

This "nature is a mental construct" line plays well in arts seminars, less well in the applied sciences, and not at all in the work of writers like John McPhee and Robert Smithson, whose geological time-take on the hubris of anthropocentric mental-construct fakery is a cold and accurate corrective to the kind of thinking that still routinely appears on VAG wall texts and in the pages of the Oxford Art Journal.
- posted by cjb @ 8:53 PM 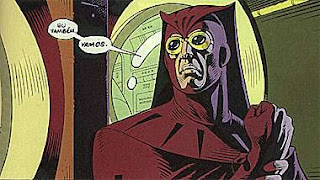 CJB: I had a copy on Friday. For maybe half an hour. Is this a class reading list?

THE SKINNY: No, auditions. Shooting for this big-budget blockbuster starts soon in Vancouver! Apologies if this is old news to all the fanboys and fangirls in the audience. I want to audition for the Dan Dreiberg role, but only if Someone Who Remains Anonymous Here plays Laurie.
- posted by cjb @ 4:53 PM
Sunday, June 03, 2007

A customer disputes my enthusiastic recommendation of Hilary Mantel's Beyond Black, characterizing its mordant black realism as "depressing rubbish."

"It's no good asking me whether I'd choose to be like this, because I've never had a choice. I don't know about anything else, I've never been any other way." [ibid.]
- posted by cjb @ 3:09 PM 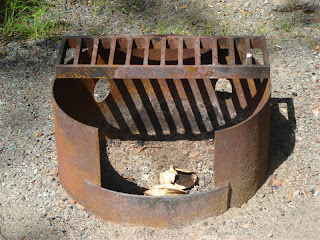 Boo! Courtesy fellow photographer, blogger and long-distance walker Keefer, who writes, "And, strange thing, I snapped some pics of some Rosa nutkana immediately adjacent to this firepit. Thanks to your blog, I am now aware of what I photographed."
- posted by cjb @ 10:37 AM