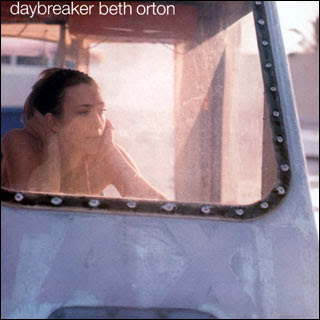 Torrential rain all day, on into the wet grey evening, yellow lamps glowing like fireflies across the street in Architectural Antiques' big barred windows. Beth Orton on the deck, her "Anywhere" just beginning, all horn section, strings, and softly ticking drums. And I'd do anything to see you smile again... Plangent? Weepily sentimental? Amen, oh yeah.

[Update, Sunday morning: "'Anywhere' is on Daybreaker, not Central Reservation," some smartass informs me. "You better change that picture!'" As above, humongous JPEG by request].
- posted by cjb @ 7:34 PM

Farewell to an Idea

Someone writes to ask where and when the photographs are going to be shown. I don't know and don't particularly care; I'm more interested in making them, and in trying to figure out which ones are good, which ones are less good, and why. This seems to me the foundation of any artistic praxis. I published my first paid writing when I was nineteen or twenty, but had been writing steadily since age five or six. So, using that timeline as a guide, "some time in late fall 2021." Which sounds really strange on the face of it. But in general, I think a long time horizon is a useful thing. Warren Buffett talks about investing like a punchcard with twenty squares on it. Once you've punched all twenty, you're done: no more investing for life. So imagine a one-man (or woman) show in October 2021. What would be in it? What would you make in the interval if you knew that whatever you did could not be exhibited, purchased, written about or publicly admired/reviled for fourteen or fifteen years? Or, alternately, if you knew that you could only show fifty, thirty, or even ten artworks in your lifetime? (Goodbye, ghosts, goodbye). I think your work could not help but improve as you came to fear your own judgement more than the crowd's.
- posted by cjb @ 7:00 PM

COFFEE GUY: There ya go!

IRRITATING DUDE: [cutting in front of me] This coffee's cold! 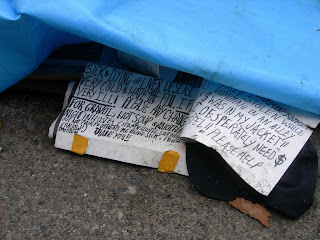 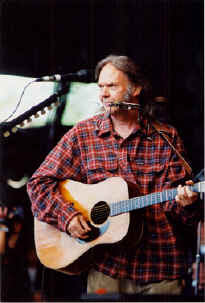 The only song I've ever sung on stage in my life. At the old New York Theatre on Commercial Drive, c. 1990, backed by a pickup band composed of CITR radio personalities and hangers-on. Probably only briefly on key throughout, but that's a "rock gesture" of its own, ne?
- posted by cjb @ 10:54 PM 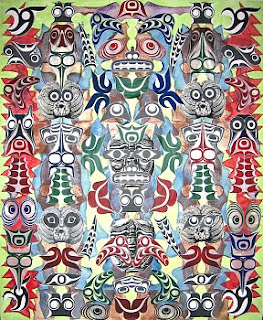 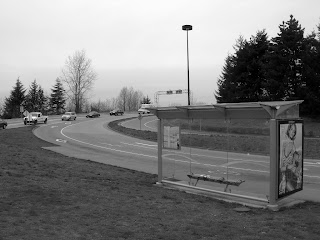 For Aaron Peck. Shinrei shashin city, baby! I thought I was making a location study of a bus shelter for a future project, but this sleepy-eyed guy had other ideas, and materialized in the thumbnails overnight. Tolagson might object that #49 isn't "conditioned by use" like the other ghosts, but it seems to me that #49 still responds to another series criterion; namely, that the otherwordly manifestation is connected to an specifically photographic way of seeing. And in this case I think the camera's peculiar way of pushing planes together -- eg., the glass back of the shelter and the road's painted lines -- definitely manifests a "personality."

I'm being coy about #49's whereabouts for the moment, because posters with my email address on them are up around a nearby location in the hope of finding commuters who won't mind being, a/ observed; and, b/ rearranged, and, c/ digitally recomposed.

Email from Tolagson in Victoria:

Two distributions tomorrow, recorded today as I may or may not be around in the morning:

Kind out-of-the-blue email from veteran Vancouver journalist Lee Bacchus, a byline I read with pleasure as a teenager in the mid- to late- 1980s, when he regularly appeared in the Vancouver Sun:

"Read that Wall quote on your consistently interesting blog today.

A book you might find helpful (perhaps you've slogged through it already) is Terry Eagleton's The Ideology of the Aesthetic (Blackwell, 1990) , in which he traces the aesthetic realm (and its evil twin — hegemony) from Shaftsbury through to Adorno and then the post-modernists. It's dense in parts (Kant, as always, is a brick) but it shines some lights in new places (at least for my tiny brain). 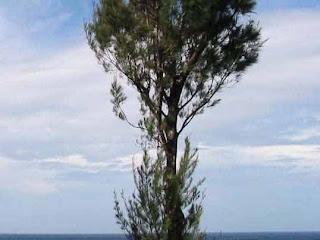 Aaron Peck writes from NYC to draw my attention to shinrei shashin.

Via an exellent Japanese ghost website: "Shinrei shashin are snapshots taken by amateur photographers (while out with friends, on vacations, at school events, etc.). After the pictures are developed, the photographer notices that some kind of inexplicable, spectral image has been captured by the camera. The specter was not visible to the naked eye when the picture was taken. With the wide distribution of disposable cameras and the ubiquity of camera-cell phones, the shinrei shashin phenomenon has gained new life, with photographers posting their mysterious images on the internet."
- posted by cjb @ 10:48 AM

"In the therapy charts, my parents are quoted as saying that they felt a need to 'scale down my expectations.' They apparently mentioned, not once but four times in a single session, plans I made when I was three for a birthday party that was, admittedly, a bit elaborate. Their 'scaling down' of my expectations, which seemed too me more like an abiding doubt in my ability to do so much as blow my nose properly, would continue from early childhood until, oh, last year. It had an interesting effect: My behavior became even more grandiose, while I myself became progressively less certain that I could accomplish even simple tasks, let alone achieve significant success. My parents, I sense, thought I was a few sandwiches short of a picnic. Who knows? Maybe they were right. They say, in the charts, fears, nightmares, too much fantasy."
- posted by cjb @ 9:43 AM 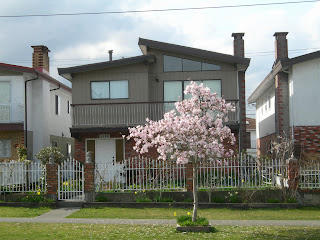 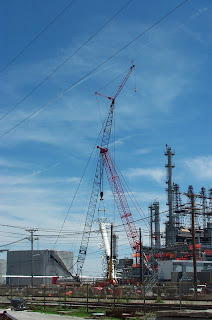 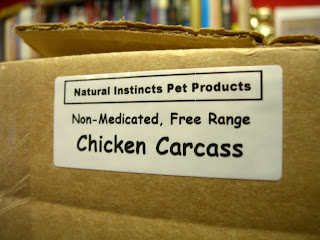 A funny day spent dealing with a variety of folks, most pleasant, some noticably less so, and attempting to trace the historical lineage of the following passage:

"That universe is something akin to to the mainstream of idealist and Romantic aesthetics of modern art. On this highroad, the work of art tends to be composed as an expression of the dynamic unity of nature. In this perspective, a work whose theme might be the conflict between its elements formulates that disunity on the basis of a rhythmic ground which binds, stages and contains the conflict. The work is thus a transcendental ground of a disunity that does not envelop it, but which, on the contrary, is recovered from its potential formlessness and brutality by the dance of its own rendering, composition, and expression. This allows us to claim that, in a work of art, nothing is destroyed, even, and especially, that which is depicted as being or having been destroyed. This is the basis for the idealist tradition's claims for the healing and redemptive character of art." (Jeff Wall, "An Artist and His Models," in, Roy Arden (Contemporary Art Gallery, Vancouver, 1993)).

Fair enough, and well articulated, too, but from whence does the passage spring? Coleridge? Schelling? Hegel? Orsini thinks so: "After Schelling, Hegel definitely affirmed (in 1838) that organic unity was the basic characteristic of a poem: 'Every genuine work of poetry is an essentially infinite organism... in which the whole, without any visible intention, is sphered within one rounded and essentially self-enclosed completeness.' (Philosophy of Fine Art, Part III: 'Poetry'). From Germany the idea spread to other European countries where it found support in native traditions."

Why should I care? Well, because I'm currently writing something akin to one of Greenberg's Seminars, a text that begins from my own experience, then slowly works its way into critical philosophy. And here I feel at a definite disadvantage; my shopkeeper's mind isn't really oriented to the abstractions that philosophy requires; I'm a much more nuts-and-bolts kind of guy. Six cents tax on that table book; no thanks to your boyfriend's manky marked-up Barthes text; fuck off to anything vended door-to-door or by telephone (beanbag Spider-Man dolls; a "comprehensive employee health benefits package.") Although maybe I protest too much; I remember hiking with a pal last fall, who at one point snapped something along the lines of, I give up. On 99 of 100 topics, you claim, 'No opinion,' but then on the 100th, one that no one cares about, you deliver an impromptu non-stop 35-minute monologue. Whoops. Which is maybe a roundabout way of saying that the transitions from shopkeeper -- a Yaletown resident's term, based on his sneering assessment that, given my position behind the till, and my round, bald, prematurely middle-aged face, I must have fucked up badly, must have repeatedly failed -- to critic to photographer are only growing more pronounced as I age.

You Are The Weather

Risk of wet flurries at higher levels. Risk of a thundershower with small hail. Down below, in the city, rain stipples the concrete pad by the driveway, where my building manager is slowly and laboriously dismantling the homeless squeegee kids' makeshift camp: syringes, condoms, Lucky Lager empties, and styrofoam takeaways half-full of last night's curry chicken and sweet-and-sour pork. A wet stack of wrecked cardboard boxes by the back door, and a bedbug advisory in the elevator. It's as if Jack Womack and J.G. Ballard are lurking in the wings, planning the next plot development. Suitcase nuke in the stairwell? Cholera? A giggling Gage Creed, all yellow eyes and mossy white face? Meanwhile, the Lower Mainland continues to arrive with books, overflowing the New Arrivals cases by the desk. Tottery Dr. Seuss towers of interesting stuff all up and down the aisles, with more piling in the door hourly. I sit on the bus with Marya Hornbacher's memoir, Lefebvre, and Plato, trying to puzzle out the answers to some fundamentally simple questions. But the origin of the concept of the organically unified, self-contained work of art is going to have to wait until after 8pm Pacific time, because the book-unloading public is already rattling the front door like Romero zombies.
- posted by cjb @ 9:35 AM
Sunday, March 11, 2007 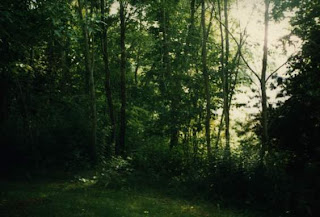 "She said that in her dream you were sitting at the kitchen table and your eyes were open, but she knew you were dead."
- posted by cjb @ 4:12 PM