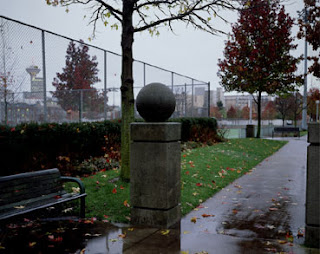 "The doppelgängers of folklore cast no shadow, and have no reflection in a mirror or in water. They are supposed to provide advice to the person they shadow, but this advice can be misleading or malicious. They can also, in rare instances, plant ideas in their victim's mind or appear before friends and relatives, causing confusion. In many cases once someone has viewed his own doppelgänger he is doomed to be haunted by images of his ghostly counterpart." 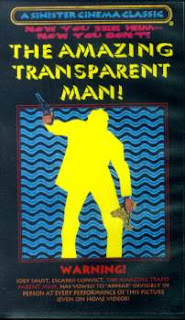 "[NAME]'s cute," says a member of my extended social circle, an artworld colleague, a propos of nothing. "Don't you think?" 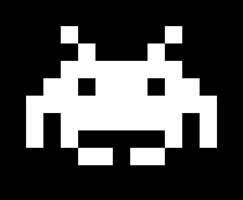 To a book sale in a local suburb, after dark. Across a bridge, the city spilled below. Grouse Mountain's lights burning white above the clouds. Flecks of rain on the Legacy's windshield. Deserted suburban streets, a few pedestrians out in the warm night with umbrellas and dogs. Blinky green LEDs everywhere: on a dog's collar; on a toddler's rain hat; on a baby buggy; on a jogger's shoes. I don't know if dressing up like a 70s coin-op character is such a great idea. The part of me that learned to drive by watching Atari's LeMans on the Mayne Island ferry c. 1976 still thinks that clipping you with my bumper should award me bonus points and an extra life.

Driving home, banana boxes full of books creaking companionably in time with the wheel with the burned-out bearings. Through East Vancouver, familiar neighborhoods slipping by in the dark. The Skytrain station, lit up from within like a Nascanti spaceship. Seb's blue neon. And the Lee Building, and a parking space right in front of the shop.

There's a Straight box on Broadway directly in front of the express bus' rear doors, so this greets me every morning as they wheeze open. Rusty ironic laughter, ar, har, har. An argument over the trope last summer. I was thinking of my Main Street friends with their white-trash hats and Ron Jeremy moustaches, and took the position that irony was some sad, weak-ass shit. But now, upon reflection, that trope, or at least the ability to perceive it in the air, much as cargo dogs sniff out illicit pharmaceuticals, might be the thing most responsible for my persisting on into early middle age. "[I]ncongruity between what is expected and what occurs." Amen, oh yeah.

All Fires
Words and music by Swan Lake

You have a father, there is another
You have a sister, there are no brothers.
You have good friends, you have a lover
When friendships end, you will still love her
But it's Teresa they love the best.

There was a flood, a world of water
The mason's wife swam for her daughter.

One thousand people did what they could.
They found the steeple, tore out the wood. 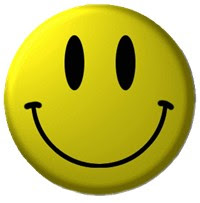 Via Big Open-Source Internets Encyclopedia, and not linked to, in the (vain) hope that it'll stay put:

"Recently, Žižek wrote text to accompany Bruce Weber photos in a catalogue for Abercrombie & Fitch. Questioned as to the seemliness of a major intellectual writing ad copy, Žižek told the Boston Globe: 'If I were asked to choose between doing things like this to earn money and becoming fully employed as an American academic, kissing ass to get a tenured post, I would with pleasure choose writing for such journals!' An example from this catalogue: 'Duds, duds, get 'em while they're hot. I wouldn't wear that shirt except for maybe on laundry day. This past week, I went through three more dress shirts than usual; one I spilled coffee on, one got really sweaty in the metro. I hate the metro sometimes, but, hey, you got to get around. The other one got stuck in the back of my dresser drawer. As usual, it's all about ergonomics. I didn't much like that shirt anyways, but I should really stop putting them in my dresser. Iron, iron, ion, oiron. Repetitive motion. Getting bloody calluses, and maybe carpal tunnel. My teeth have been hurting lately, too.'"
- posted by cjb @ 2:34 PM 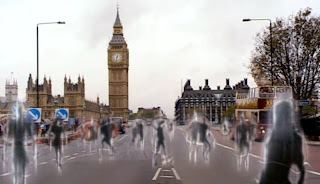 "They're bleeding through the fault lines. Walking from their world, across the void, and into yours."
- posted by cjb @ 12:31 PM 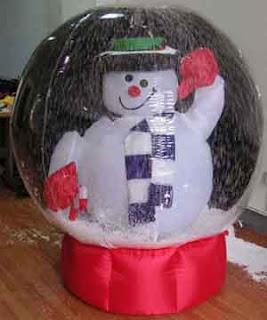 If the next few months of entries simply consist of digital photographs and links to other people's creativity, my excuse is that, after much to-ing and fro-ing, I am now writing that book about photography that various drinking pals and Internets interlocuters have been hearing about for far too long. Tenative title, The Photographer and the Snowman. Best described as a Rodney Graham-style "supplement" to Intertidal. Those missing signatures, discovered years later in a Richmond customs warehouse....
- posted by cjb @ 10:23 AM
Tuesday, February 06, 2007 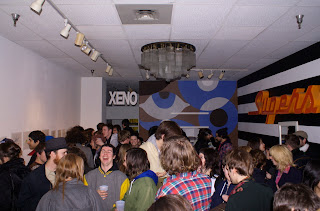 I saw you this morning
I thought that you might like to know
I received your message in full a few days ago....

From Spaceflight to Attempted Murder Charge -- via the NYT, an excellent Bruce Sterling/Elmore Leonard collaborative novella (or bad Movie of the Week) undoubtedly in the works...

"Police officials say [Novak] drove 900 miles to Florida from Texas, wearing a diaper so she would not have to stop for rest breaks. In Orlando, they say, she confronted her rival in a parking lot, attacking her with pepper spray.

Captain Nowak was in disguise at the time, wearing a wig, the police said. She had with her a compressed air pistol, a steel mallet, a knife, pepper spray, four feet of rubber tubing, latex gloves and garbage bags.

The police report, by Detective William C. Becton, said that Captain Nowak said she had not intended to harm Captain Shipman and said she believed that 'this was the only time she was going to be able to speak' with her. The compressed air pistol she carried 'was going to be used to entice Ms. Shipman to talk with her,' according to the report.

Detective Becton wrote, 'When I asked Mrs. Nowak if she thought the pepper spray was going to help her speak with Ms. Shipman, she replied, "That was stupid."'"
- posted by cjb @ 7:52 PM 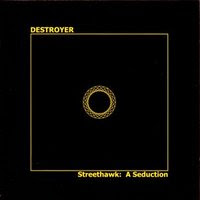 The world woke up one day to proclaim:
'Thou shalt not take part in, or make, bad art.'

Seven-odd minutes of pop nirvana, picking up steam as it goes. The musical equivalent of a Team Cat trek up Grouse Mountain from sea level. 1:22's thump-thump bass (Roethke's shaking). 3:30's guitar break, that opens my heart no matter how many times I hear it.

Emerging, sweat-soaked, from the trees below the chalet. Clouds moving above the city, English Bay and the Fraser delta shining in the dappled light.

My Beck Depression Inventory keeps dropping. Root causes? The incrementally longer days. Magnolia buds covered in dew at the corner of Oak and Broadway. Keefer's recent trek through Surrey. ("3:43pm, view of same house," in gallery 2, fills me with all kinds of complicated feelings; it's a picture that captures, in a simple and spectacularly unselfconscious way, many of my half-formed ideas about the collision of landscape, spatial abstraction and the supernatural).

When signs become impure again,
the crowd doesn't know where or when
to let it all hang out.
Bloodlet yourself, street style!
You got the spirit. Don't lose the feeling.
- posted by cjb @ 6:52 PM
Monday, February 05, 2007 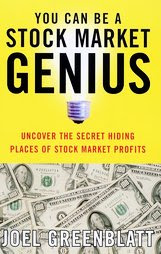 Recent reading: as above. I'd been hearing about this one for a while, but the everything-but-the-free-set-of-Ginsu-knives tone was offputting. As it turns out, You Can Be a Stock Market Genius is a lucid and well-written discussion of "special situation" value investing: mergers, spinoffs, bankruptcy, "risk arbitrage" & etc. Loads of real world examples, with step-by-step calculations that even this gift C+ in Math 12 could follow, and -- even better -- a colloquial, you-can-do-this tone that brought my Beck Depression Inventory score way, way down from last week. "The idea behind this book was to let you know about a snowball sitting on top of a hill, to provide you with a map and enough rope and climbing gear so that you can reach [it]. Your job -- should you choose to accept it -- is to nudge it down the hill and make it grow." Corny perhaps, but the metaphor speaks to me.
- posted by cjb @ 11:41 PM 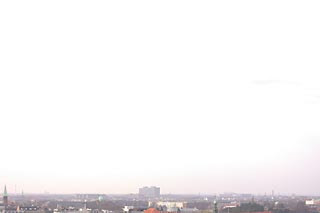 Oh Death, Where Is Thy Sting?

Yet another context for ghosts: the opening credits and first scene of Lars Von Trier's Riget (aka The Kingdom). "Tiny signs of fatigue are appearing in the solid, modern edifice." Well, yes, exactly. Not to mention the director's gleeful shifts from uninflected realism to full-on techno-gothic noir (those white hands, pushing up through the grave's wet soil; the wall of blood; that explosive Kraut-rock score, packed with orchestral oomph and flourishes). And the phantom ambulance. The short post-credits sequence with the sleepy and puzzled orderly wandering out through the automatic doors to examine the ambulance up close reminds me of Robert Bresson, and enormously affected me when I first saw it at the Pacific Cinematheque in the early 1990s.
- posted by cjb @ 9:43 PM
Sunday, February 04, 2007 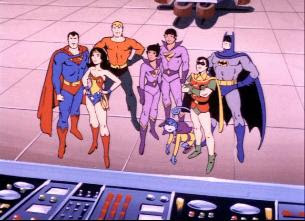 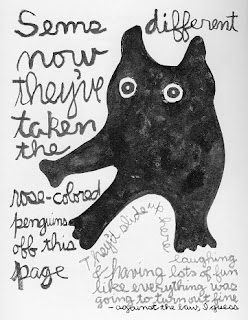 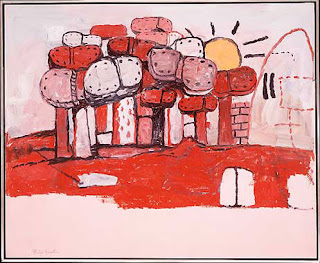 Guston faced down immense critical and public pressure to renounce figuration and return to the gestural abstraction for which he was then best known. According to Arthur Danto, "Guston's transit from abstraction to cartoon was cruelly [and representatively] portrayed by Hilton Kramer in a widely cited review as a passage from 'mandarin' to "stumblebum.' The term 'mandarin' was intended to diminish what had set Guston apart as an abstractionist. The paintings were too dainty, too delicate, too light and airy by contrast with the heavy pigment of the true expressionist to be considered authentic. The new ["cartoony"] paintings were then seen as an opportunistic bid for that missed authenticity. They were coarse, juvenile and demotic." And Patchen always stood apart from any movement, repeatedly resisting the Beats' attempts to co-opt him on board their rapidly accelerating wagon. Guston's and Patchen's example -- the straight-forward pursuit of personal concerns, with no regard to careerism or public success -- is one I really admire, and just as important to the ghosts as better-publicized contexts like Yoshitoshi's prints or Jack Spicer's spooks.
- posted by cjb @ 11:11 AM