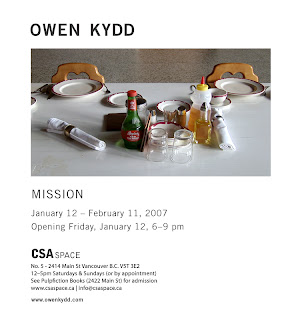 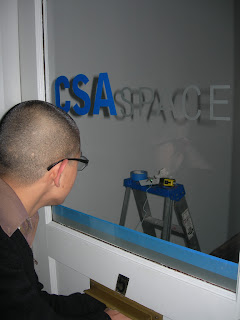 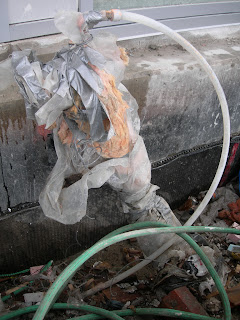 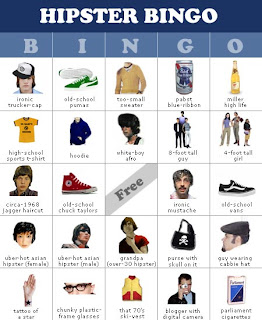 "Climbing is not a sport. It is a language by which people try to make known their social & emotional isolation." 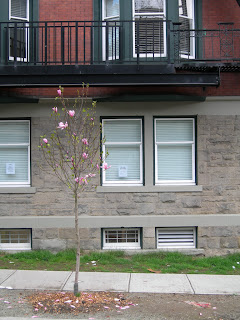 To Change The Way Things Are

So if you're out there waiting
I hope you show up soon
'cause my head needs relating
Not solitude...
- posted by cjb @ 10:42 PM 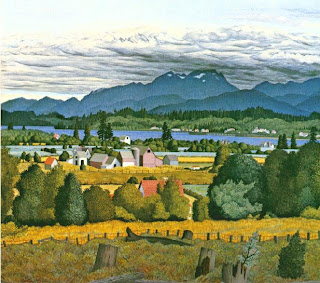 One of my favorite landscape paintings. Hughes (who died, aged 95, on January 5th) and I never met, and probably wouldn't have had that much to say to one another if we ever had. One of the strangest experiences in my life was showing up at a VAG awards evening to deliver a short introduction to Steven Shearer's work. Hughes was also receiving an award that evening, and had chosen, as usual, not to travel, but had sent along videotaped remarks, which were played as a grainy, ever-so-slightly-out-of-focus projection. It was as if a ghost was speaking, slowly and haltingly, to the crowd, as if some disturbance of atmospheric or psychic physics had tuned the video projector into the Group of Seven channel. With his crepe-paper skin and neat white moustache, EJH appeared spectral, almost backlit, a "visitation" akin to the weird voice-from-the-ether that narrates John Shirley's great proto-cyberpunk novel, City Come A-Walkin'.

Hughes had no time for abstraction, conceptual art, land art, performance art, etc. etc. etc. Thus he remains, for me, a weird anarchronism, a figure permanently stuck in the late 1930s and early 1940s, while the world went on around him.

That said, Hughes' paintings and drawings exert a powerful hold on my imagination. They depict West Coast landscapes in a neutral, controlled, and pseudo-"photographic" way that is as democratic in its attentiveness -- to light; to surfaces; to the margins where wilderness and social communities meet -- as Brueghel's work, or Walker Evans', or Stephen Shore's. Ten or twelve years ago, at a very difficult point in my life when I was just becoming interested in art, I visited the VAG every "free Thursday," and always found myself pausing before Comox Valley. There is a kind of space in that picture that is hard to describe, other than to say that it is equally physical and psychic, something I might call -- if pressed -- freedom.
- posted by cjb @ 4:14 PM 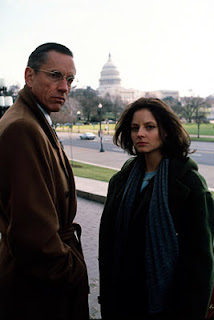 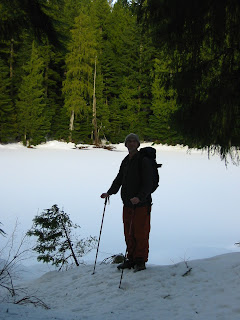