Seven p.m., rain again, a light wind shaking the few last leaves still remaining on the spindly little tree opposite the open bookstore door. Through which comes cool air, the scent of rain, the sound of wet tires on pavement, the twang of the trolley wires. Inside, Lions Winter Ale and not much in the way of customers. Not that I blame anyone for not coming in this evening; if I wasn't at work, I wouldn't be within a mile of outside.

One of those rare introspective evenings. "So, are you going to keep on doing this?", a friend of a friend inquired last week, her tone suggesting that it might be time to leave retail and go back to school, to get that MA or MBA and move into teaching, or law, or architecture, or something that would let me grow gracefully old and bald with a BMW, small Kitsilano house, and tenure. Well, no. The plan is to keep persisting, writing stories, making photographs, organizing shows, climbing mountains, and unlocking the store in the morning, until I either topple over from exhaustion or the ice starts cracking. As I've probably said before, I take for granted that I'm not as smart, well-off, or emotionally secure as you, but I'm sure as hell going to try and outlast you. As one of my latest competitors, the trust fund kid who paid mid five figures for his so-called "business," is now learning the hard way. "You keep score," said D., amazed, I thought, at discovering that flinty and hard side of my personality, the cold bedrock underlying the pliant mantle and constantly shifting continents. Well, yes.

Last week's mail: a couple smart-alecky emails wondering how Anodyne, Inc.'s doing, given the Conservatives' recent alterations to Canadian income trust law. Down on the week, less than the TSE. The changes don't kick in until 2011. And questions like these, as far as I can tell, betray a fundamental misunderstanding of how the stock market works. In the end, share or unit prices can only track the financial results of a business. It shouldn't matter if the business is an income trust or not, the only questions worth asking are, 1/ is the thing profitable?, and, 2/ is it likely to be profitable in the future?, and, 3/ what portion of the profits are available to the owners? Buying or selling shares or units in a business on the basis of endlessly mutable Canadian tax law strikes me as an odd way to go about "investing."

CSA Space's next six months are programmed, but not yet available on line, as the result of a strangely productive late-night meeting between the principals at Wazubee Cafe on Commercial Drive, a meeting during which, inexplicably, no alcohol was consumed.
- posted by cjb @ 6:54 PM

"As he worked, he heard or overheard in some space of his soul phrases spoken, a voice, narrating the things he did to her even as he did them, things even that he had not yet done or dared to do. He knelt before her and placed his cheek against the hot marks he had made. It was a voice he was coming to be familiar with, accompanying these encounters. She offered to him the gift of her crying-out. As though he were able to do the deeds and at the same time, even somewhat in advance, read a histrionically somber and slightly phony account made long afterward."
- posted by cjb @ 6:17 PM 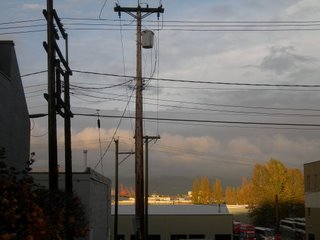 The Things I Miss The Most 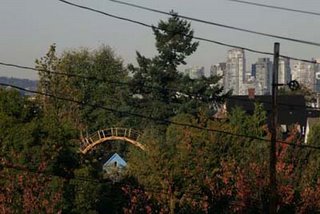 A huge wooden arc spanning the distance between the artist's house and his neighbor's porch. I did not see the actual sculpture, just the photo-documentation, but this image made an unusually deep impression on me. Bridge appears, loosely disguised, in the new story; I had originally thought to write a review, but decided it was better to just describe the artwork. Description is a variant species of criticism that honors objects with attention and time.
- posted by cjb @ 6:24 PM

Clippings for The Nearest Faraway Place. Back in university, when I was regularly writing (but seldom publishing) science fiction stories, I kept files of found images, texts, song lyrics, etc. that had entered the stories on a deep, or entirely subliminal, level. (Eg., the Paul Simon lyric, I believe in the future / I shall live in my car / My radio tuned / To the voice of a star, out of which grew my first published SF story, Climbers (Horizons SF magazine, 1991? 92?)).
- posted by cjb @ 9:16 AM 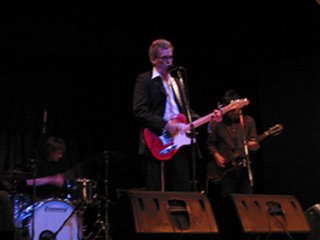 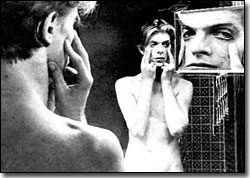 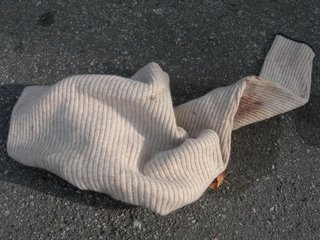 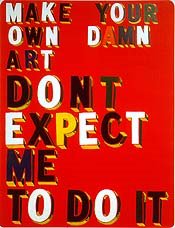 "B: Orwell is a big figure for me. Orwell is the constructor of inventive political thinking, and he comes up with a really good structure, which is like The Prisoner really. The idea of individuals working within systems and how you operate with that. And he also did fantastic things, like acting the role of a tramp. He must have been a very unconvincing tramp, walking around, having been to Eaton.

M: I think another notable thing with him is that he has a great intellectual capacity, but it leads him to despise and be suspicious of intellectuals -- he sees them as a real source of problems and difficulties within the community.

B: Maybe. It's too Radio Four to get caught up on him. I think that idea you mentioned about that little drop of self-importance, which -- my God, making a book of all this stuff is completely an act of self-importance. But it's one of the key things that entertains me -- this realisation that all artists are astronauts flying spaceships fuelled by self-importance."
- posted by cjb @ 5:20 PM
Tuesday, October 31, 2006 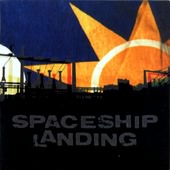 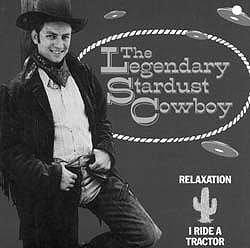 I took a, I took a walk in space
Boy, I really felt blue
Well I peeped through the crack
And looked way back
Stardust trail leading back to you 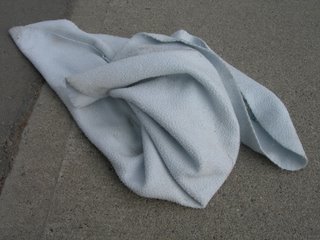 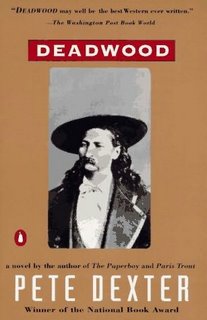 Q: What could be worse than missing the last ferry from Vancouver Island back to the mainland on Friday night?

A#1: A fruitless $65 cab ride from Victoria to Swartz Bay:

A: See those [rapidly retreating] lights?

A: Hey, watch your language!

A#2: A 5km walk back down Highway 17 to the Sidney Travelodge. In the dark, in the gently pouring rain, headlights of big semis sweeping past over my head. Kids setting off fireworks from the comfort of the dugout at the local high school ballfield. Pweet.....bang! Showers of sparks. Striding along, rain picking up now, under overpasses and highway bridges. The headlights of oncoming cars.

A#4: Not realizing you've been flirted with until the moment you could do anything about it is long gone. Thanks, Sudafed!
- posted by cjb @ 9:43 PM

A postcard from my neighbor, Aurora's Jeff Van Geest, currently in Italy at a "slow food conference."
- posted by cjb @ 9:37 PM

"Toth has been a bicycle courier, a commercial fisherman, an electrician, a long-haul truck driver, a landscaper, a rock drummer, a process server, a warehouse flunky and a winemaker. Adding artist and astronaut to this list hardly stretches things.

Q: Which of your jobs best prepared you for the Nascanti?

A: Oh, you don’t prepare for those guys.

A: I think I said it best in that piece that [Swiss industrial magnate and video-art collector Jonathan] Schellmann owns.

Hi, How Are You? (2009): Toth’s head and shoulders are visible against a pale grey backdrop. Staring straight into the camera he slowly says, 'Hi. How are you? I am fine.' Pauses. Blinks. Repeats himself. Pauses. Blinks again. Delivers his lines. And so on, ad infinitum.

'That was a -- my -- response to that whole mess,' he says. Six weeks of blood tests, of MRI imaging, of endless debriefings by military psychologists, astrophysicists, biologists and engineers. Granular scrutiny of his patent application, the one based on the chemical formula the Nascanti gave him in exchange for a video projection and two photographs."
- posted by cjb @ 9:32 AM
Monday, October 30, 2006 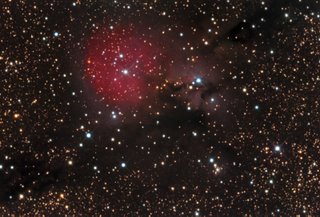 The new story is called The Nearest Faraway Place.

"Asked about To Build A Fire, Toth doesn’t mention Jack London, or Buster Keaton, or video art, or Sigma Octanis, the F-class star 270 light years from Earth, where most astronomers and exobiologists seem sure he’s been. He talks about himself."
- posted by cjb @ 7:24 PM

"[T]hen there is H P Lovecraft, to whose Cthulu stories Hoban pays wrily mocking homage from time to time in his own work. 'He's not too much an influence, I just love him,' he says. 'You know I read Lovecraft to all our sons when they were small. Friends and strangers,' - he is laughing - 'would say, oh my God, what are you doing, don't read them that stuff, you're doing them immense psychological harm! But, ah, they recall it very fondly.'"
- posted by cjb @ 5:50 PM 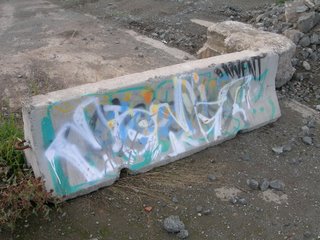