Bound For Moving On

I'll be moving sometime in the next few months. If any Vancouver readers know of a reasonably-priced batchelor, studio, or one-bedroom apartment not in a shared house, preferably within walking distance of the shop, or, alternately, in Marpole, please drop me a line.
- posted by cjb @ 12:02 PM 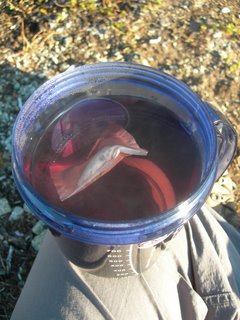 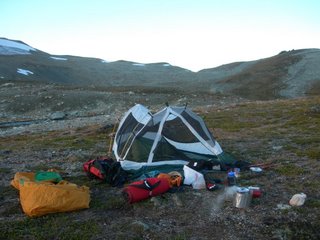 Up out of the trees into the pass at twilight. Lengthening shadows all along the eastern slopes, on the gravel slides and swathes of yellow hellebore. No wind, the whole world still. Past the turnoff for the highline trail back to the lifts. Slowly gaining elevation, switchbacking up the eastern edge of the pass. The Black Tusk and Castle Towers Mountain just silhouettes against the fierce pumpkin-orange afterglow on the horizon. Stars here and there, dappling the deep blue-black bowl of sky above. The trail runs on through boulders, through powdery rock dust, through talus, vegetation shrinking back to krummholtz and finally to patches of lichen, black like blood in my headlamp's LED beam.

Headlamps moving, like fireflies, at the lake's eastern edge.

Quarter to eleven, the rest of the camp asleep. Leaning backwards out of my tent, wool shirt wadded up under my neck as a pillow. Tent fly unzipped, the local mouse population sneaky-peteing in one by one to nibble my bagels, shit in my wool hat, and scamper across my face in the dark. Overhead, a huge panorama of sky, light ceaselessly streaming out of the past in patterns as complex as those D. spotted in the brown ferns along the trail.

The film crew's generator winding down into silence.

Out in the field, test-driving a heavy overnight pack and freeze-dried three berry cobbler. Back on the weekend!
- posted by cjb @ 6:09 PM
Tuesday, September 26, 2006 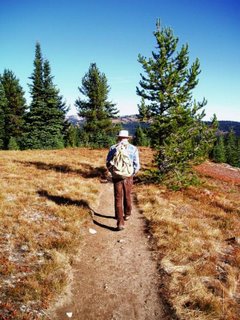 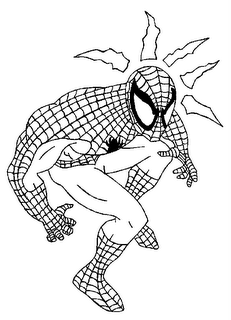 "In 'Sensational Spider-Man' No. 30, which went on sale on Wednesday, [NYC-based Marvel Comics writer] Mr. Aguirre-Sacasa used the as the setting for a battle between the wall crawler and Max Dillon, who happens to be a fan of fine art and is also the supervillain Electro. While Dillon is admiring paintings by Mark Rothko, a caption tells the reader, 'Before he was a supervillain, before he was a telephone-wire repairman, Dillon dreamed about being an artist. (The same way a young German man named Adolph once did.)' Soon enough, however, the art lesson is over and a superpowered fight begins."
- posted by cjb @ 9:40 AM
Monday, September 25, 2006 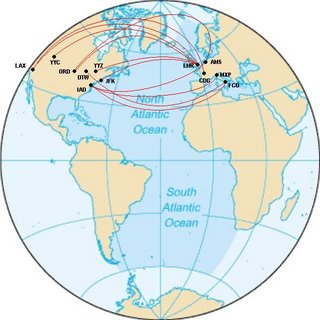 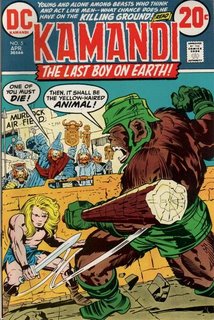 Packing, I keep running across evidence of older selves. Trashed paint brushes in a metal can; a catalog of Ted Godwin tartans; SM101; Jack Kirby's Kamandi (40+ issues!); Lowry's October Ferry to Gabriola; Paul Simon CDs; climbing guides for the Scottish mainland; the typescript of what was once the third chapter of an aborted science fiction novel, set in Montreal, in the snow. "Your head's not even there," snapped one of my staff on Saturday afternoon, surveying the blizzard of papers on my office desk; the various handwritten drafts of Evan's talk; the New York Times and the Wall Street Journal; the till tapes and half-full cups of mouldy jasmine tea; the bills and catalogs and brand new copy of SGB's EK Modernism monograph, fresh off the plane from Glasgow. Well, no shit. Look in the mirror at 5am, the silver at the sides of my close-cropped skull, the creases in my skin, the wide-eyed, slightly haunted look that long since ceased to be an affectation and is now a permanant facial fixture, some essential self welling up from below. An impatience, too, beating just below the surface, such as that expressed here, in yesterday's conversation with Annoying Yuppie Man:

AYM [brandishing a copy of Paulo Coehlo's The Alchemist]: Would you recommend this book?

CJB: Would I personally recommend it?

CJB: Because its style is a blatant rip-off of Gabriel Garcia Marquez's.

AYM: OK, recommend something else you like to me.

AYM: I'm not, y'know, really a reader. I want your opinion. A book you really liked.

AYM: No, I want something really good. Really life-changing.

THEODOR ADORNO: Those who won't take advice can't be helped, the bourgeois used to say, hoping, with advice that costs nothing, to buy themselves out of the obligation to help, and at the same time to gain power over the helpless person who had turned to them. But there was in this at least an appeal to reason, conceived in the same way by the supplicant and by the turner of the deaf ear, and remotely reminiscent of justice: by following shrewd advice one might even occasionally chance on a way out. That is past.

AYM: Huh. This guy is a bit like Ayn Rand.

WOMAN WALKING THROUGH THE DOOR [to friend]: He couldn't wake up to wish me "Happy Birthday." So he can go get fucked!
- posted by cjb @ 11:56 AM 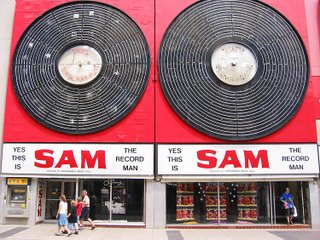 "It is scarcely implausible that Buffett's fear of death has contributed to his desire to accumulate. Agnostic and hyperrational, he has few other opiates. His one passion has been to collect -- not money, precisely, but tangible evidence of himself. He clings to his friends, his house, his old foods and stock lines, and his stocks themselves. Notably, he says he does not enjoy running businesses; he enjoys owning them. In the view of his friend Barbara Morrow, the formative trauma of his life was when he was yanked out of Omaha to go to school in Washington -- a forced seperation. He has been accumulating assets, but hardly ever selling or disengaging from them, ever since. As he commented in a recent letter, 'We like to buy. Selling, however, is a different story.' In a sense, his whole career has been an act of holding on -- of refusing to say goodbye."
- posted by cjb @ 10:25 AM 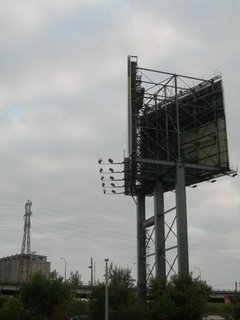 Dream: a voice asks, "What would it take to make you feel secure?"