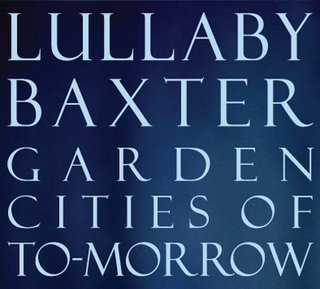 Someone writes to ask "why [I'm] not writing art criticism any more," and offers the unsolicited opinion that the criticism's better than the photographs. So here's a piece on Matilda Aslizadeh's video projection Office, recently published in Montreal's Etc. magazine.
On Office
By Christopher Brayshaw

Matilda Aslizadeh’s video projection Office is a slippery mix of forms: part narrative film; part projected “picture that moves,” a la Gillian Wearing or Sam Taylor-Wood; part succession of still, fractured images. It is also a totally engaging and satisfying art work. I think its success as art – its aesthetic success, in other words, the sense of visual and intellectual pleasure obtained from watching it -- is directly proportionate to the ways in which Aslizadeh deliberately mixes and hybridizes narrative and pictorial structures, blending them until any sense of being comfortably rooted in a conventional point of view is inverted, turned inside-out like a glove.

Disassembling structures does not mean relativizing their components. Aslizadeh is not interested “deconstructing” narrative or point of view per se, however much her subject – the repressed inner lives of the workers and managers at a ficticious American insurance company’s head office – seems to cry out for such an approach. Office succeeds because Aslizadeh repeatedly shifts the ways in which her narrative is told. She thereby implies compositional parallels between her video’s formal (pictorial and durational) structure and the broken, fractured and necessarily incomplete narratives that her characters tell themselves and each other. In this respect, her shifts of compositional and stylistic tone are not arbitrary, relative, or “postmodern,” but are deliberately tied to her characters’ psychological states. Aslizadeh’s stylistic shifts are expressive of her protagonists’ conflicted fragmented inner lives, an ostensibly stylistic avant-gardism -- what Aslizadeh calls “a visual language that owes much to the avant-garde traditions of distancing and radical breaks” – employed in the service of greater psychological realism.

Office’s 23-minute narrative traces the lives of a group of office workers and managers at Western Life, a ficticious American insurance company. While the company managers plot strategy and deliver speeches whose content seems largely derived from Jack Welch-style managerial how-to handbooks, the white collar workers argue, gossip and flirt with one another in between browbeating and cajoling clients into buying insurance packages that they seem to have no real need for. Most of the action takes place in around the offices, halls and courtyard of the Western Life head office, a geometrically precise cube of metal and glass surrounded by a lushly landscaped southern garden. Nature is visible everywhere in Western Life’s offices: lush-leaved trees; bright flowers; pools and waterfalls along an exterior terrace; palm trees; the dappled patterns made by sunlight falling through wind-stirred leaves. The nature imagery’s sense of organic integration – the way it brackets and contains the pictorially and psychologically fractured setpieces unfolding within the Western Life building’s rooms and hallways – implies that the office is a microcosm out of step with a larger world. Office life’s physical isolation from the integrated imagery and symbolism Aslizadeh associates with nature generates a corresponding psychological, or psychic, isolation among those who work and scheme there.

Aslizadeh increases the Western Life offices’ physical isolation by repeatedly fracturing and dividing her projection’s image plane. Sometimes two or three different narratives simultaneously unfold on the same screen, and while the characters appear to be in close physical proximity to one another they are actually further apart than they seem on screen, a point emphasized when they walk or reach “in” or “out” of one space, disappear for a while, then reappear, thereby calling attention to an implied, but visually unrepresented space between two or more narratives. As Aslizadeh observes in her director’s notes, “[such elements] declare that the world is transitory and arbitrarily organized.” At other times, these visual fractures present the same event from two or more points of view. For example, when an energetic but rhetorically challenged executive makes a strategic pitch to a circle of colleagues, Aslizadeh depicts the executive and his colleagues’ respective viewpoints on the same screen, so that as we study his nervous, energetic, and verbally leaden performance we also observe his colleagues’ bored, unimpressed and vaguely hostile assessment of his pitch.

Aslizadeh’s repeated fracturing and disintegration of the screen image is a metaphor for the psychological disintegration of her film’s characters. Aslizadeh implies that the conditions responsible for this disintegration are pervasive and pernicious, and that they infect not only her ficticious workers, but all of “western life.”

Aslizadeh’s thinking connects to a larger debate within western aesthetics that historian Peter Burger illustrates with reference to the work of philosophers Georg Lukacs and Theodor Adorno. Berger argues that Lukacs and Adorno disagreed about the significance of the avant-garde’s dismantling of the principle of of the organic unity of works of art. In Burger’s words, “[t]he man-made work of art that pretends to be like nature projects an image of the reconciliation of man and nature. According to Adorno, it is the characteristic of the non-organic work using the principle of montage that it no longer creates the semblance (Schein) of reconciliation.” Thus, for Adorno, “the avant-gardiste work is the only possible authentic expression of the contemporary state of the world.” Lukacs, on the other hand, “holds onto the organic work of art (‘realistic’ in his terminology) as an aesthetic norm and from that perspective rejects avant-gardiste works as decadent.”

Throughout Office, Aslizadeh depicts nature as organically unified, and “western life” as pervasively estranging. Yet the circumstances that prevent the reunification of nature and western culture are also those which, as Adorno foresaw, underwrite and guarantee the authenticity and aesthetic force of a project like Aslizadeh’s, whose pictorial and narrative dis-integration thereby allegorizes the real social conditions underpinning its creation. In this respect, Office is a project which, while it does not abide by the norms of narrative and pictorial unity typically associated with realist art, is nonetheless a form of critical realism, an authentically post-avant-gardist art that employs avant-gardiste strategies reflexively, in the service of a searching critique of the culture it emerged from.
- posted by cjb @ 9:11 AM
Friday, August 04, 2006 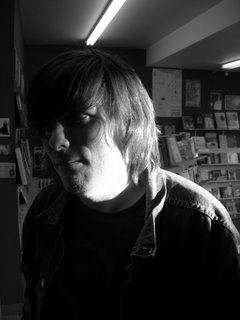 "So we arrvive at a certain paradox. The classic defines itself by surviving. Therefore the interrogation of the classic, no matter how hostile, is part of the history of the classic, inevitable and even to be welcomed. For as long as the classic needs to be protected from attack, it can never prove itself classic.

One might venture even further along this road to say that the function of criticism is defined by the classic: criticism is that which is duty-bound to interrogate the classic. Thus the fear that the classic will not survive the decentering acts of criticism may be turned on its head: rather than being the foe of the classic, criticism, and indeed criticism of the most skeptical kind, may be what the classic uses to define itself and ensure its survival. Criticism may in that sense be one of the instruments of the cunning of history."
- posted by cjb @ 11:13 AM
Thursday, August 03, 2006

That almost imperceptible change in the light that says, "Fall." The coolish breeze through the balcony door at dawn. The dusty sky. A sky the color of the unwatered boulevard along King Edward Avenue!

The store ticking along, books in, books out. A stack of lightjet prints to appraise. UBC MFA Robert Niven's exhibition of sculptures and painted objects, opening tonight at CSA Space, #5 - 2414 Main Street, above the bookstore, 7-9pm. Y'all come! 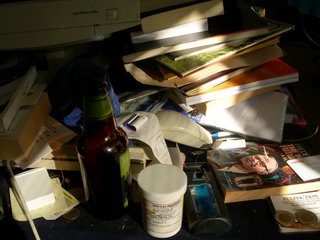 A deeply obscure B-side (1997), a song that lightens me, lofted high this morning over the bridge, dusty August sunlight through the window, NYT in my lap.
- posted by cjb @ 10:34 PM

Ride Like The Wind -- just another day for the hardest-working yacht rocker of them all (thx Pete!)
- posted by cjb @ 9:00 PM 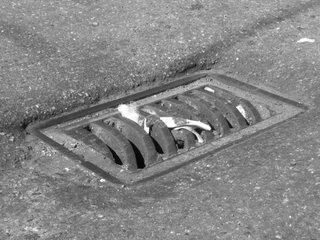 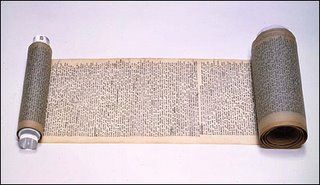 We Also Had The Original "Scroll" Typescript For $500

"Eager to write freely and continuously, without pausing to pull finished pages from his typewriter and insert new ones, Kerouac typed instead on 12-foot rolls of paper that he later Scotch-taped together, Sampas said.Living in New York in 1951 and writing about his recent cross-country adventures, Kerouac worked from his own notes, journals, and letters, and frequently added notes and corrections over the typewritten text.

He had previously worked on the book in scattered bursts, but finally laid it all out on paper in a single three-week sprint, Holladay said.

Some specialists say they prefer the unedited version, which features a different first sentence than the published novel, as well as a more abrupt ending.

A cocker spaniel owned by one of Kerouac's friends apparently ate the last section, according to Jim Canary, the head of special collections conservation at Indiana University's Lilly Library."

(Link courtesy jnadiger, who still posts occasionally to his own blog, all evidence to the contrary)

I was fortunate enough to actually lay eyes on the scroll, partially unrolled, in a bulletproof Lucite box at the New York Public Library some time in the early 1990s. Back in Vancouver, I tried to emulate Jack's compositional productivity by downing some borrowed speed, sparking up, and booting up MS Word 6. I got about three sentences completed, then had to break off, because the keys were dancing in front of my eyes. Soon the whole apartment was roiling and shifting around me. I couldn't type, couldn't think, and certainly couldn't sit still. So, at 12:45am, I went to call on my neighbor Mike P., who worked with me at Book and Comic Emporium.

"What the hell do you want?" demanded sleepy Mike, peering out of his third floor attic window.

"Go walk it off," suggested Mike. Bang! went the window.

I walked to UBC and back (5 miles each way). Twice. Home at dawn!

PYHWES: [theatrical sigh] I guess you don't have any, hey?

CJB: What specifically are you looking for?

PYHWES: On The Road. In hardcover.

CJB: [heavy irony] Too bad you didn't come in on Friday. I had a nice association copy, signed to Neal Cassady.