Kits manager Keith Dunsmuir volunteers, "I've got one for your blog!"

ENTHUSIASTIC VENDOR: I've got some great books here for sale!

EV: You're not taking them all.

EV: What about this one? What's wrong with it?

Sunset, and a great warm wind shaking all the trees.

Tang of oil and tar from the works crew's open excavation one block over in the middle of Kingsway.

Bernadette and her lovely blue-eyed infant daughter on their way to the video store.

"Every time I see you, you're always talking to someone," sez B., gently disbelieving.

Off to soak my aging, arthritic hands!

Uncommonly good if ungrammatical advice from Jules Olitski, a painter I don't usually have that much in the way of time for:

"I think that it's fortunate sometimes for an artist to be ignored, to not be shown, for no one to be interested, that is, if you can survive that and not go crazy or become murderous with rage. The experience is a very useful one, I mean, in this way: You paint for years (or whatever it is you do) and no one gives a goddamn or is interested, and you can't get your work shown no matter what, and you do what you want to do partly out of that, because you can try anything out; it doesn't matter, nobody cares. So, if that habit can get ingrained in you, and I think that in someone like David Smith it did or someone like Hans Hofmann, who for many years nobody, or many, many people didn't take too seriously. . . .I'd go and see his shows year after year, and there wasn't much attention. There are any number of instances of major painters who had that experience. And then when some recognition and success come, that habit of doing anything that I want to do and I don't give a goddam what you think, because in those years when nobody pays any attention to what you do, you invent a kind of audience because you have to communicate with somebody or you know someone, otherwise it's just too lonely. So you invent an audience or some ideal or being or somebody who is going to see what you're about in order to work."

Livejournal Correspondent From Seattle "tags me with a meme" = asks a four-part question to be answered in a public forum. Only, just for fun, I'm not going to reprint the question here, just my answer(s): 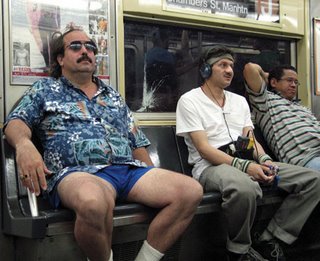 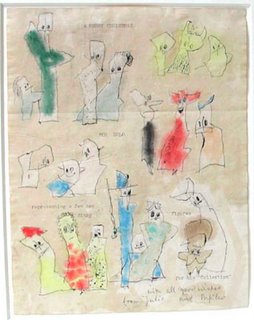 Sylvia draws my attention to these spooky characters by Lyonel Feininger.
- posted by cjb @ 2:10 PM

The Pohl is really, really bad, a kind of grab-bag of all the most irritating features of the previous Heechee books. I'm not that interested in Thomas Hirschhorn's work on an aesthetic level, but he's thoughtful and well-spoken, and his interview with Gingeras, plus Buchloh's long survey essay, are lucid, clear, and consistantly interesting. Anyone seeking a "conceptual model" for May 11's Untitled (New Garage) is directed to (in descending order): Thomas Hirschhorn, Jessica Stockholder, and David Urban.
- posted by cjb @ 11:05 AM
Wednesday, May 17, 2006

"WARREN BUFFETT: Investing is not complicated. You work to find pockets of value. You didn’t need a high IQ to buy junk bonds in 2002. You needed to have the courage of your convictions when everyone else was terrified. It was the same in 1974. People were paralyzed. You need to learn to follow logic rather than emotion. That’s easier for some people to do rather than others."
- posted by cjb @ 8:17 AM

2. Lithium battery not in camera, but in charger back at bookstore.

3. Annoyed raccoon parents restlessly prowling up and down both banks, spitting and hissing in a pretty impressive defense of their newborn kits.
- posted by cjb @ 6:39 AM 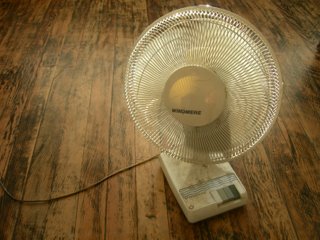 From now until mid-August, Pulpfiction and CSA receive direct sunlight daily from 4pm-8pm, eg., just long enough to heat both spaces to the point of being totally unliveable. It's hard to install art, price books, and wash the floor with sweat rolling down into your eyes!

CSA's new show, coincidentally by CSA co-curator and co-owner Adam Harrison, opens Friday from 6-9pm, with dinner downstairs at Aurora from 915pm until real late. Y'all come!
- posted by cjb @ 6:23 AM
Tuesday, May 16, 2006 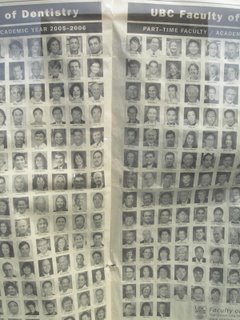 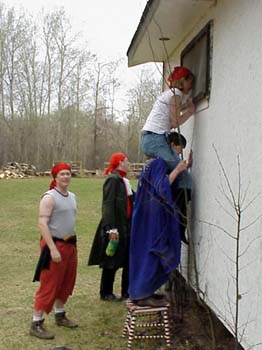 "It's Time for You to Get Some New Cell Phones, Quick"

"A senior federal law enforcement official tells ABC News the government is tracking the phone numbers we (Brian Ross and Richard Esposito) call in an effort to root out confidential sources.

'It's time for you to get some new cell phones, quick,' the source told us in an in-person conversation.

ABC News does not know how the government determined who we are calling, or whether our phone records were provided to the government as part of the recently-disclosed NSA collection of domestic phone calls.

Other sources have told us that phone calls and contacts by reporters for ABC News, along with the New York Times and the Washington Post, are being examined as part of a widespread CIA leak investigation."
- posted by cjb @ 9:00 PM 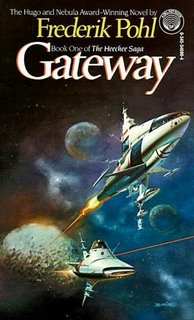 Five science fiction novels and a recently reprinted technical manual on value investing. Pohl's Gateway (1977), won both the Nebula and the Hugo award; I'm not sure how I avoided it for so long. I think I always associated Pohl with figures like Isaac Asimov and Robert Silverberg, science fiction's equivalent of groups like the Rolling Stones and the Eagles, who were once critically significant, or at least interesting, but have now overstayed their welcome by decades. Pohl turns out to have much more in common with the Strugatskys and Philip K. Dick than he does with Asimov and Silverberg, and Gateway joins an extremely short list of favorite works of science fiction.

Gateway's premise is follows: an alien race, the Heechee, dropped into the solar system some millenia ago, then left in a hurry, without taking all of their technology along with them. In the early twenty-first century, an asteroid, Gateway, is discovered by Terran space explorers. Gateway is a parking garage for Heechee space ships, hundreds of them, most of which are tiny, approximately the size of a bachelor apartment. The spaceships' navigational controls make no sense to humans, but operating them is simplicity itself: you climb in, move a lever, and the spaceship automatically flies itself, faster than light, to a preprogrammed destination. Some destinations are interesting to people: hospitable planets; curious astrophysical phenomena. Some are less so: black holes; dead planets drenched in ultraviolet radiation; supernovae. Some times the trip out and back takes too long, and the pilot runs out of oxygen...or starves.

Prospective Gateway pilots regularly arrive on the asteroid from Earth, where they are charged for room, board, and oxygen. Anyone whose credit runs out goes out the nearest airlock. So there is a constant, pressing need to fly missions in the Heechee spaceships in search of economically exploitable Heechee artifacts...missions which, on average, have about a 35% mortality rate, not counting those pilots who come back technically alive but irradiated and/or crazy.

I think Gateway is as good a science fiction novel as any I have ever read. Successive volumes in the "Heechee Saga" are imaginative, but less good; the later books are serviceable space opera, but suffer from too much explaining, which detracts from Gateway's powerful air of mystery and unease.

New issue of the Fillip Review out -- articles by Pete Culley, Jessie Caryl, and Cliff Lauson the standouts.

"Abandoning things in the country just doesn't work. Like pets, objects find their way back, and they're different." (Culley)

"Alongside broader shifts in style, certain documentary approaches to encounters with the real and the supernatural have prevailed over time. Our present, broad awareness of the capabilities of photographic reproduction to capture images that escape natural vision, mixed with cynicism about photographic manipulation, has replaced traditional records of paranormal occurances in the form of ghostly silhouettes or detailed, pallid figures with the more modern bumps and jostles of abstraction." (Caryl)

"Of course, Wall himself has overtly returned to rework past subjects, as in the re-shooting of The Drain (1989) to produce Still Creek, Vancouver, winter 2003 (2003). And, perhaps less overtly, he has also digitally reworked two pieces from 1988, Eviction Struggle (now An Eviction) and Tran Duc Van, using the original source material. These pictures have been clarified (distilled?) by reducing the amount of peripheral activity, thereby focusing the viewer's attention on the protagonists or primary event." (Lauson)
- posted by cjb @ 9:44 AM