Well, that's actually kind of charming, considering that Mr. P's Lot 49 is one of the best (eg., non-genre SF, non-Illuminatus) books I ever picked up as a teenager.

Ms. Mewing.net, her quiz, and the annoying faux-McSweeney's-style NYC transit map on her personal website are hereby sentenced to an all day Saturday shift behind the Pulpfiction buying desk. GASP at the annoying crackhead with the fake $50! COUGH your lungs out (varathane fumes -- new shelves!). HOLD your tongue as an arts administrator who makes more money than you'll ever make in your life sells you a copy of Thierry de Duve's life-changing work of genius, Kant After Duchamp, then informs one of their arts administrator pals that they "didn't really get" Thierry, and that they "really really hated that book."

Actually, come to think of it, Ms. Mewing.net's quiz is kind of charming too. Anyone who genuinely hates The Hobbit and The Fountainhead must have some good qualities buried somewhere.
- posted by cjb @ 11:20 PM 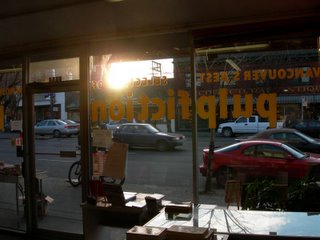 4:15pm-ish, Main and Broadway: the first day in calendar 2006 that the sleepy February sun grazed the side of the Lee Building and dropped in to say hello. Full seven minute standstill, eyes closed. Winter 0, cjb 1!

More handwritten notes on the (Untitleds), yellow lined legal pad and red pen just out of sight in the foreground:

Anti-expressionism. Expressionism projects human feelings, etc. onto inanimate objects. The (Untitleds) uncover aspects of a thing (expressed as a noun; a single, specific object) latent in the thing but not typically observed because of force of habit, which compels us to see a thing as representative of a mental category (eg., the title) and not for the "dense specificity" of the thing itself.

Nouns, bolted together with grammar's glue, yield sentences. A good Friedlander or a Shore photograph is a compound sentence, worthy of Faulkner, Joyce, or Proust. Your little exercises are provisional definitions, "examples of use" like the ones in the dictionary. Infinitely expandable, a list that keeps on keepin' on.

Don't post a picture the same day you make it.

Ask yourself, do you really want to claim an image? Or are you just me-toing? Do your pictures possess an abstract, "open," aporetic quality? Or are they just "good compositions?"

Gillian Rose, aporetic reading: "according to the difficulty which the conceptuality represents by leaving gaps and silences in the mode of representation." (Mourning Becomes The Law, Cambridge UP, 1996, p.8).
- posted by cjb @ 9:54 PM 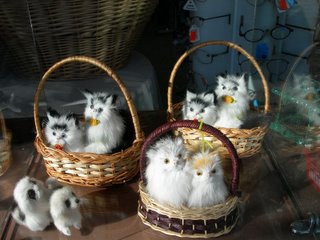 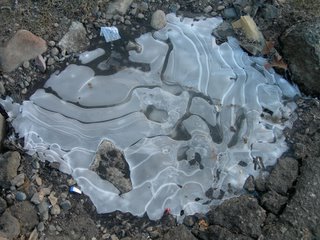 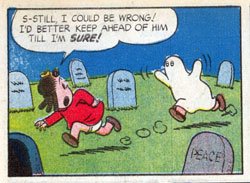 Reading or recently read (notable titles in red as usual):

Philip K. Dick, Puttering About in a Small Land

Rebecca Turner, my old manager at Granville Books, once promised me $20 and a six-pack of gourmet beer if I ever finished all six volumes of Remembrance of Things Past. This may be the year I finally collect.
- posted by cjb @ 11:18 AM
Tuesday, February 14, 2006 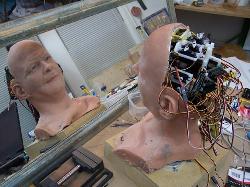 "In Blade Runner, set in a Los Angeles of 2019, Harrison Ford plays Rick Deckard, a Blade Runner or policeman whose job is to track down and terminate escaped human clones known as 'replicants.'

The irony of the situation -- a missing replica of the very author who championed 'replicant' freedom -- is not lost on Phil's creators.

But they still want him back.

'We really need to find him soon because the Smithsonian wants to put him in a travelling collection in the autumn,' said Prilliman referring to Washington's Smithsonian Institute, an organisation of museums and art galleries.

Along with an eerie likeness to the author, the robot features award-winning artificial intelligence that mimics the writer's mannerisms and lifelike skin material to affect realistic expressions.

Top-of-the-line voice software loaded with data from Dick's vast body of writing allows the robot to carry on natural-sounding conversations, although it does come off as a bit doddering at times.

Biometric-identification software and advanced machine vision allows the robot to recognise people -- even in a crowd -- read their expressions and body language and talk to them sounding a lot like a normal, albeit slightly senile, author who likes to quote his own books when he gets confused.

Prilliman and others close to Phil baulked at giving too many details about his disappearance including the name of the airline that was transporting the robot when he went missing.

Hanson officials said news of Phil's disappearance could hamper the ongoing investigation and search for the robot.

The company officials said they feared ransom demands might be made or Phil could turn up listed for sale on an internet auction house such as eBay."
- posted by cjb @ 11:59 PM 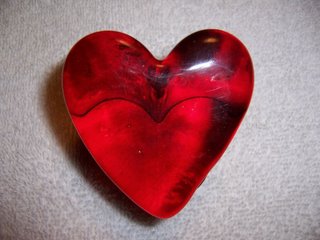 Thesis, Counterthesis & Synthesis re: the (Untitleds)

"This is the world of Kafka's febrile line drawings, which show ludicrously tall or squat people stretching, twisting, leaning towards or away from one another, in what would be grotesque if it was an attempt at realism but which instead conveys perfectly how we sometimes feel, both constrained in our bodies and lunging free, both playing a game and close to desperation. The early diaries are full of detailed descriptions of gesturing, which seems to be a sign of frustration when it is he himself who is doing the gesturing, but is clearly also as much a part of his extreme sensitivity to others as his response to words. These gestures are in fact the visual and physical equivalent of those words which suddenly take on a life of their own and burst free of the sentence in which normal, well-behaved words should quietly lie."

Taine, via Mel Bochner's Misunderstandings (A Theory of Photography), 1970:

"I want to reproduce the objects as they are or as they would be even if I did not exist." 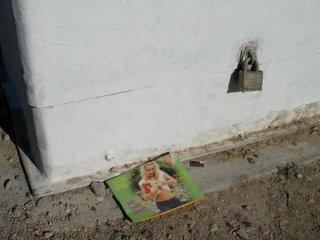 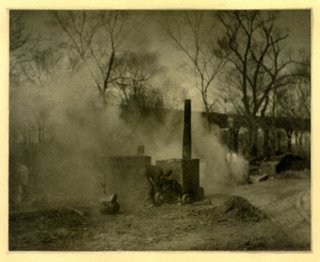