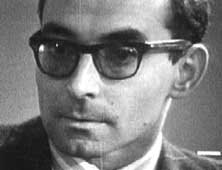 Chris Clarke directs me to an interview with Jean-Luc Godard in Cahiers magazine:

"GODARD: As a critic, I thought of myself as a film-maker. Today I still think of myself as a critic, and in a sense I am, more than ever before. Instead of writing criticism, I make a film, but the critical dimension is subsumed. I think of myself as an essayist, producing essays in novel form or novels in essay form: only instead of writing, I film them. Were the cinema to disappear, I would simply accept the inevitable and turn to television; were television to disappear, I would revert to pencil and paper. For there is a clear continuity between all forms of expression. . . .[I]f criticism was a first rung on the ladder, it was not simply a means. People say we made use of criticism. No. We were thinking cinema and at a certain moment we felt the need to extend that thought."
- posted by cjb @ 10:08 PM

Off for a few days to load the Subaru up with books, and to make a picture I first imagined in 1994, in a public park in Oregon, which has to be shot in the rain, or at least shortly after the rain's stopped, in the very late fall or early winter. "Petals on a wet black bough," & etc.

Couldn't I just make the same thing, or a largely acceptable copy, in Vancouver?

Probably, but that would mean missing out on the Original House of Pancakes' special Apple Pancake, Powell's Books, the Seattle Goodwill on Dearborn, the torn-up street in downtown Tacoma, Secret Thrift Store in Fife, Sleater-Kinney Avenue, Value Motel, the Hood River, and all kinds of other favorite Pacific Northwest haunts. 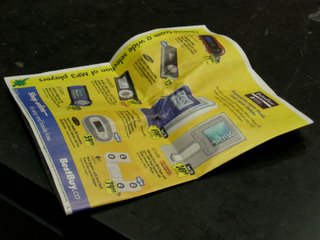 Jeff Wall in conversation -- from the Tate Modern website. Lots of video and audio clips, and (on the same site) a web based walk-through of the big retrospective now in London, including detailed images of Coastal Motifs (q.v. months past) and a new picture, not yet seen in Vancouver, Still Creek.

The long, audio-only exegesis of An Octopus and Some Beans is pretty faithful to my own sense of how pictures come about; if you've only got time to briefly browse the site, this is the file I'd choose.
- posted by cjb @ 9:24 PM
Friday, November 11, 2005

"The concept also implies that only a 'virtual camera,' often illustrated within the confines of a computer-generated environment such as a game or virtual reality, would be capable of 'filming' bullet-time types of moments."
- posted by cjb @ 3:05 PM
Thursday, November 10, 2005 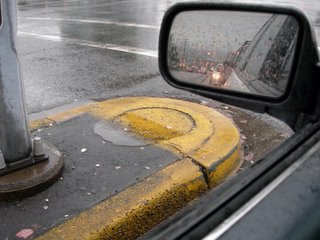 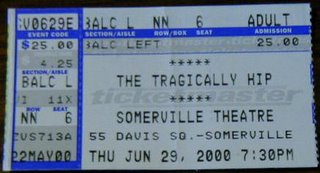 We hung around til the final band
called Escape is at Hand for the Travellin' Man.
You yelled in my ear, "This music speaks to me."
They launched into "Lonely From Rock 'n Roll"
followed by "They Checked Out an Hour Ago"
closing with "All Desires Turn Concrete."

Those melodies come back to me
at times beyond our heartbeat

I walked through your revolving door
got no answer on the seventh floor
The elevator gave a low moan
The pigeons sag the wire with their weight
listen to the singing chambermaid
she sang, "They Checked Out an Hour Ago"

Those melodies come back to me
in times beyond our heartbeat 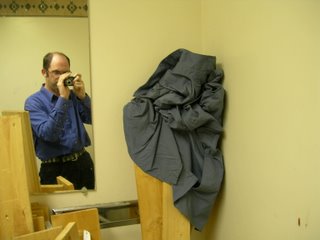 Making An Arrangement in a Bathroom. Note the look of intense frustration on the photographer's face as he attempts to juggle four different objects into simultaneous focus.
- posted by cjb @ 8:45 PM

Some unexpected action on the public edition front. It never rains but it pours, & etc. Claimed editions are now so indicated.

I'm working on a catalog essay for a commercial Vancouver gallery, and may be scarce here for the next few days.
- posted by cjb @ 8:14 PM
Tuesday, November 08, 2005

Torrential grey horizontal rain, driving the last leaves from the trees. Unseasonably cold, too, with a huge unstable snowpack on the local peaks, and the North Shore creeks turbid and high.

I keep meaning to drive out to New Westminster and Fraser Cemetery, just like I keep meaning to make a Mount Baker landscape. The weather, however, won't cooperate; day after endless day of overcast, or of piled-up clouds at the eastern edge of the Fraser Valley, hiding the peak from view.

Wanted: slant light, late in the day. Long shadows. A young woman descends from the occasional bus and walks along, turning in by the chainlink fence and crossing the scabby grass...
- posted by cjb @ 11:36 AM
Monday, November 07, 2005 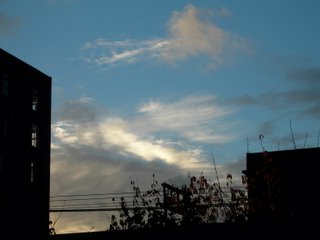 Someone writes to ask me to recommend an online bookselling site to them.

We list on Alibris, Abebooks, and Biblio; of the three, I by far prefer Biblio, for the ease of its navigational interface and the professionalism of its vendors. No "Buy now and receive a FREE Cell Phone Antenna Booster ($50 Value)!" No "Meets Minimum Standard" in place of of a detailed item description. And the site's founders actually encourage contact between buyers and sellers, meaning that your email queries to a Biblio seller will be answered by the seller, and not by some automated bot.

We sell a lot fewer books on Biblio than on the other sites, which leads me to believe that few people know of Biblio's existence. I hope that this will change soon; it's a well-designed and well-run site that offers a much more user-friendly experience than that provided by its larger competitors.
- posted by cjb @ 12:35 PM