Home on the express bus, dark rain pelting the windows. Half the bus in costume: zombies (lots), Saddam (ditto), a guy wearing a silver spray painted cardboard box with the words, "NORTHERN IRELAND," stencilled on it, and peculiar-looking fins.

The young Middle Eastern guy in the seat ahead of us kept glancing back and gawking. At first I assumed his glances were meant for Catwoman, but upon hopping off downtown it became apparent that the real target of his half pissed-off, half amazed glances was actually the goofball dressed up as the Koran, seated directly behind us.
- posted by cjb @ 10:47 PM 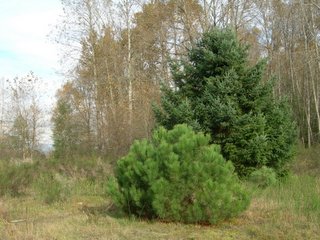 Jacket #28, featuring a special George Bowering tribute, and three new poems. This summer, George read the second poem, "Q&A," to sixty-odd people in Pulpfiction's front room. There is a great Chris Clarke photograph of George squinting at his typescript permanently installed at the head of the Poetry & Drama section.

All I can tell you, little fish,
is that you are not winning. Your chance of winning
is zero. Follow your heart if you like­­
it’s not going anywhere. The game, if that’s
what it is, is as good as over. You don’t want
to know the score."
- posted by cjb @ 11:02 PM

That Little Blue Button at the Bottom of the Page

I recently installed a stats tracker in order to conduct a subjective and thoroughly unscientific survey of the readership. So far the best thing about the program is the list of Google keyword searches that (mis)direct the innocent here, eg.:

• "Failing to levitate in the studio"

Back to Delta to see what a non-monochromatic cement factory might look like. Lots of texture in the sky, and heavy traffic on River Road, loaded semis slamming by, blatting their air horns just for fun. Flocks of Canada geese making regular arrivals and departures out on the river. No pictures to speak of, the factory's plume inert at mid-day.

To Deas Island Regional Park. Along the shore-edge, past sunken cables, the rumble of seiners' engines offshore. A thick carpet of alder leaves on the trails, the trees' sharp, sweetish smell heavy in the air. Joggers, dog-walkers, two guys with clipboards discussing a real estate deal.

Inverted yellow leaves on the face of the scummy slough between the dyke and the parking lot. 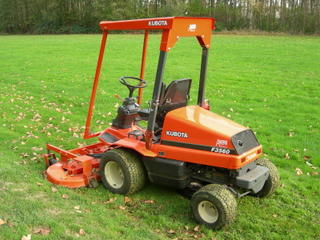 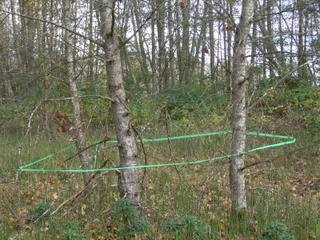 We turn the pages of the book of poems
But our pleasure is short-lived: the poems
Are by a terrible poet. For this
We have paid two dollars and forty-five cents!
- posted by cjb @ 8:30 PM 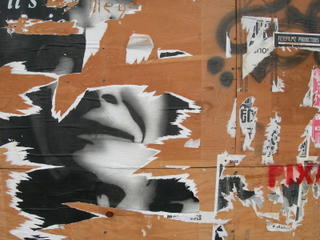 Full-on fall, leaves half-gone on the trees outside. Wind out of the east, snapping the British and Canadian flags to attention over Planet Bingo. Overcast. North Shore mountains hidden by low grey cloud. Threatening rain. Yesterday by contrast crystal-clear, distant mountains brought forward by effects of atmosphere. The Skytrain executes its long slow curve above the New West Jewish cemetery, the Fraser delta spread out below, sunlight gleaming on rows of new Toyotas and Nissans ranked along the docks, the Alex Fraser's taut black cables, smoke-smudge at the border. A 747 lumbers west, flaps down, landing gear extended. To Surrey, George R.R. Martin's warring families in tow, with RevCan paperwork. People coming and going through the train car, rustle of coats and packs. Warm sunlight on my face, blinding. The slowly unspooling afternoon.
- posted by cjb @ 10:31 AM
Monday, October 24, 2005

"The history of photography . . . is almost entirely a record of misconception and misunderstanding, of unconscious groping, and a fight. The record of its use as a medium of expression reveals for the most part an attempt to turn the machine into a brush, pencil, whatnot; anything but what it is, a machine. Men and women, some who were painters, others who were not, were fascinated by a mechanism and material which they unconsciously tried to turn into painting, into a short cut to an accepted medium. They did not realize that a new and unique instrument had been born of science and placed in their hands; an instrument as sensitive and as difficult to master as any plastic material, but requiring a complete perception of its inherent means and of its own unique approach, before any profound registration was possible."
- posted by cjb @ 7:13 PM
Sunday, October 23, 2005 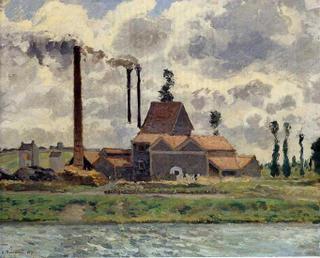 I think Robert Linsley first mentioned this little painting to me. You can see some Robert, circa 1990, in the grey portions of the clouds, and also in the bank's varied greens and browns, which makes me think that both Pissarro and Robert knew Corot's sketch paintings of the 1820s (for more detailed proof, and visuals, see Peter Galassi's Corot In Italy (Yale UP) now sadly out of print and unavailable unless you, like me, see nothing wrong with spending $150+ on research materials).

According to T.J. Clark, in 1873, the factory was a new presence in the landscape. Pissarro's painting is consequently an exploration of how far the landscape genre will "stretch" -- will or will it not admit this stubby, smoking intruder? It seems to me that the genre admits the factory without difficulty or comment, and that part of this success is the result of Pissarro's withholding how he feels about the little building, in favor of simply depicting it. I like this attitude; I think its opposite, the modern belief that a work of art should clearly and directly communicate how its creator feels about a subject, is both presumptuous and dangerous. Good art deflects intention.
- posted by cjb @ 8:41 PM 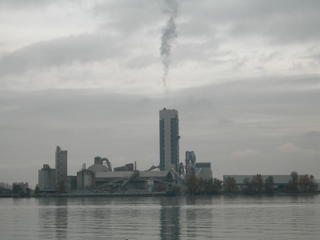 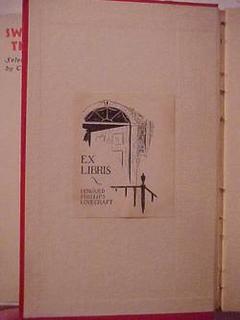 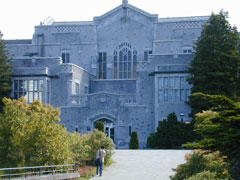 If you see me walking down the street
And I start to cry each time we meet
Walk on by, walk on by

I just can't get over losing you
And so if I seem broken and blue
Walk on by, walk on by