Handwritten inscriptions on the title page of a used trade paperback copy of Anne Carson's Autobiography of Red:

and, on the first free endpaper:

Former People's Co-op Books manager Binky Marks on customer relations: "Once a year I have to tell some dignified lady or gentleman to go fuck themselves."
- posted by cjb @ 11:50 AM 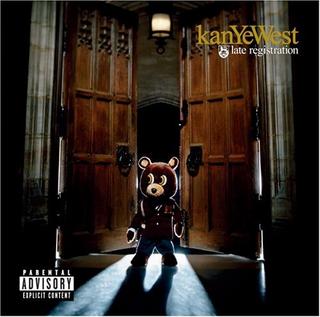 "Right when magazines wrote Kanye West off
I dropped my new shit sound like the best of
A&R's lookin' like, 'Pssh we messed up'
Grammy night, damn right, we got dressed up
Bottle after bottle till we got messed up
In the studio, where really though, yea he next up
People askin' me if I'm gon' give my chain back
That'll be the day I give the game back
You know the next question dog 'Yo, where Dame at?'
This track the Indian dance to bring our reign back
'What's up with you and Jay, man, are y'all ok man?'
They pray for the death of our dynasty like Amen
R-r-r-right here stands a-man
With the power to make a diamond with his bare hands..."
- posted by cjb @ 9:18 AM
Wednesday, September 14, 2005 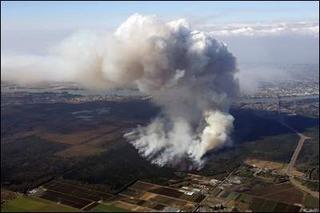 Wind out of the east all night, filling the air with Burns Bog smog.

Reassuring the fabric cats at 3:57am.

"No one's setting cats on fire. Go back to sleep."

A thin patina of greyish ash on the car's white hood this morning.

"The world of secondhand books, beginning in the context of my university, made me feel like part of the continuum of material, scholarly culture stretching back at least to the early 19th century. Becoming the custodian of old and rare books cultivates a respect for the past, as well as a sense of perspective regarding the importance of one's own work. To my mind, at least, humanities scholars should engage in the preservation of the past as well as the questioning of received wisdom.

Apart from their importance to the intellectual life of a university, bookshops add charm and character to a community. They are a crucial part of a constellation of cultural institutions that create what we think of as an 'academic village.' Every secondhand bookstore is unique and potentially full of interesting discoveries, while nearly every corporate bookstore is identical, impersonal, and completely redundant in relation to what is available online. And yet the latter proliferate while the former vanish."
- posted by cjb @ 1:58 PM
Monday, September 12, 2005 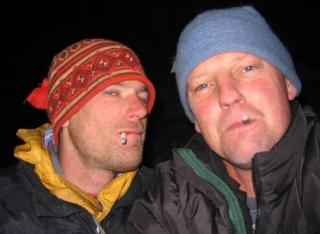 These guys and I both get out into the mountains, but they climb at a level I'll never remotely approach in this life. The best trip report I've read this year, and a much better use of your time than that battered copy of Into Thin Air you found down at the Sally Ann.

(Thanks to everyone who wrote concerning this link's sluggish load-up time. Cascadeclimbers.com's servers are in Los Angeles, and have been affected by yesterday's power outage. Check back and it should load up without any problems. In the meantime, here's a G-rated version of the above, courtesy the Bellingham Herald).
- posted by cjb @ 9:22 AM
Sunday, September 11, 2005 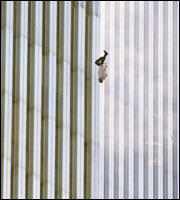 Taking Stock of the Forever War -- Mark Danner's exemplary analysis of the slowly unfolding train wreck that passes for the Bush Adminstration's Middle East foreign policy. Highly recommended for the breadth of its historical analysis and remarkably even-handed tone.

"The sun is setting on American dreams in Iraq; what remains now to be worked out are the modalities of withdrawal, which depend on the powers of forbearance in the American body politic. But the dynamic has already been set in place. The United States is running out of troops. By the spring of 2006, nearly every active-duty combat unit is likely to have been deployed twice. The National Guard and Reserves, meanwhile, make up an unprecedented 40 percent of the force, and the Guard is in the 'stage of meltdown,' as Gen. Barry McCaffrey, retired, recently told Congress. Within 24 months, 'the wheels are coming off.' For all the apocalyptic importance President Bush and his administration ascribed to the Iraq war, they made virtually no move to expand the military, no decision to restore the draft. In the end, the president judged his tax cuts more important than his vision of a 'democratic Middle East.' The administration's relentless political style, integral to both its strength and its weakness, left it wholly unable to change course and to add more troops when they might have made a difference. That moment is long past; the widespread unpopularity of the occupation in Iraq and in the Islamic world is now critical to insurgent recruitment and makes it possible for a growing insurgent force numbering in the tens of thousands to conceal itself within the broader population.

Sold a war made urgent by the imminent threat of weapons of mass destruction in the hands of a dangerous dictator, Americans now see their sons and daughters fighting and dying in a war whose rationale has been lost even as its ending has receded into the indefinite future. A war promised to bring forth the Iraqi people bearing flowers and sweets in exchange for the beneficent gift of democracy has brought instead a kind of relentless terror that seems inexplicable and unending. A war that had a clear purpose and a certain end has now lost its reason and its finish. Americans find themselves fighting and dying in a kind of existential desert of the present. For Americans, the war has lost its narrative."

(Falling man photograph by Richard Drew. The most affecting 9/11 image I know, and one that I consequently reproduce here each year. Anyone claiming a conceptual disconnect between my reproduction of this image and the Mark Danner excerpt should first read Danner's long, finely argued article very carefully).
- posted by cjb @ 10:46 AM