"The Molecular Media Project is principally concerned with exploiting polymer and colloidal nano-agglomeration or biotechnology to control optical nonlinearity for new media applications. Digital data in the form of (i) still image, (ii) text, (iii) motion pictures and (iv) sound have all been modified at the micro/nanoscale. This research overlaps chemistry, physics, microbiology, computer science, mathematics, engineering and performance art and design. Molecular computing with cells and atoms is also useful for changing the structure and properties of digital audio. Molecular computing is a signal processing tool that works at near atomic resolution. A sample set of contemporary music has been re-mixed using this method. The audio examples have not been edited in any way and were recorded as part of a live DJ set. Many of the recordings demonstrate frame-level sampling, mutation, cross-over, copying, distortion and extinction events that act to attenuate, replicate or recombine elements in the original recording into new sub-sets of digital information. Therefore, molecular computing is a practical use of nanotechnology for generating glitch and error. However, it differs from traditional cut-and-paste technique or granular synthesis by exploiting chaos, self-organisation and emergence at the resolution limit of the digital bits that make-up sound! Each sample file is available in 30 second streaming MP3 audio. These tracks are posted here for research purposes only, and are not intended for personal download, reproduction or public performance. Copyright belongs with the author, owner or respective nominee."
- posted by cjb @ 10:15 PM

Possibly summer 1977, though I don't remember for sure, and haven't consulted with other family members, all of them currently being away out of town.

My parents loaded us into our red and white Volkswagen seven passenger bus and drove downtown to the Capitol 6 on Granville Street to see a first-run "family film." To put things into perspective, in my family, the chances of this happening were about as good as the chances of a small asteroid ploughing into Georgia and Granville at rush hour.

Packed theatre. Lots of hyperactive kids. Still not too clear on what kind of picture we were about to see.

Twentieth-Century Fox searchlight logo. John Williams' sweeping score. The crawl. And then my first glimpse of an Imperial Star Destroyer, emerging from the top of the screen, and continuing on and on, its dull grey hull studded with windows, lights, communications gizmos, pod bay doors, etc.

A spaceship as long as West Vancouver? Mental crack for a socially maladjusted seven year old.

Repeat viewing (six or seven times, including the re-release with a not totally credulous SGB a few years back). Comic books. Kenner action figures (Storm Troopers; Boba Fett; C3P0). The Story of Star Wars narrative 33 1/3 record. A pretty convincing imitation of Darth Vader's creepy breathing (in the Volkswagen's back seat, on the way to elementary school, too many times to count). And lots of bad handmade "science fiction novels" (6-8 pages of double spaced handwriting, cardstock covers, stapled or bound wraps, pencil crayon cover art), though to my credit these weren't stories about the Star Wars characters, nor even thinly-disguised substitutes, but original stories, albeit ones as poorly plotted and characterized as the movie itself, thus proving that the distance between George Lucas' imagination and that of a bright, creatively unfocused seven year old boy wasn't so far at all.

SGB and I saw the first two prequels on video, with varying degrees of patience (none whatsoever for CGI-generated Walking Racial Stereotype).

I lined up last night on Granville Street in the rain, with Raymond Chandler's The Long Goodbye.

The New Yorker's Anthony Lane really, really hated this film. His review in this week's issue is spectacularly bad-tempered and abrasive, an excellent bad review, marred only by his unwillingness to see that the object of his scorn is not a film per se, but a cultural phenomena, which is perhaps exempt from criticism in the same way that legends are, or glaciers.

"Whether the director is aware of John Martin, the Victorian painter who specialized in the cataclysmic, I cannot say, but he has certainly inherited that grand perversity, mobilized it in every frame of the film, and thus produced what I take to be unique: an art of flawless and irredeemable vulgarity. All movies bear a tint of it, in varying degrees, but it takes a vulgarian genius such as Lucas to create a landscape in which actions can carry vast importance but no discernible meaning, in which style is strangled at birth by design, and in which the intimate and the ironic, not the Sith, are the principal foes to be suppressed. It is a vision at once gargantuan and murderously limited, and the profits that await it are unfit for contemplation."

Which is pretty accurate, so far as it goes.

What Lane doesn't consider is that this stuff is perfectly appropriate for a seven year old imagination, and may inspire better stuff in turn (I'm not the only person my age whose initial impulse to make things -- stories, drawings, films -- was motivated by Lucas' unwieldy franchise). I think the path from bad art to good art -- George Lucas to Georg Lukacs, say -- is an honest and straightforward one, one walked more frequently than my friends in the academy might admit (I also wonder if some of them might have Boba Fett drawings of their own in the closet, and, if so, how much fun they had making them. Not much, is my guess).
- posted by cjb @ 9:22 AM
Friday, May 20, 2005 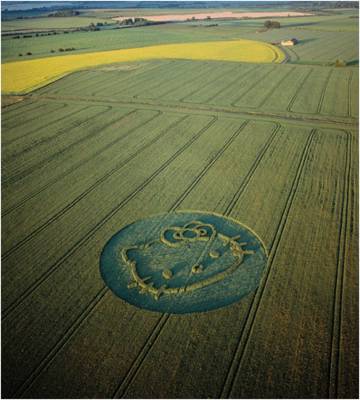 Deep depression. West Coast Express to Mission under huge looming skies. Showers on the Coquitlam Central platform, and rain in earnest crossing the Pitt River, turbid water moving below. Dru picked me up in Mission and we drove on to Chilliwack through curtains of rain, dru focused on his upcoming Smith Rocks trip & me on my own anxieties and unease, going through Michelina and the last decade of my "career" and finding both wanting.

Walking home along Old Yale Road, cars approaching with their lights on.

A night on dru's floor under thin sheets. Rain overnight, sunlight green through sucker holes in the rumpled morning sky. A wet wool blanket shaken out over the Cheam Range.

Depression unleavened by these things, but I'll miss them when I go.

You act like you were just born tonight
Face down in a memory but feeling all right
So who does your past belong to today?
Baby, you don't say nothing when you're feeling this way

The girls in the bars thinking, "Who is this guy?"
But they don't think nothing when they're telling you lies
You look so careless when they're shooting that bull
Don't you know heartaches are heroes when their pockets are full

Tell me you're trying to cure a seven-year ache
See what else your old heart can take
The boys say, "When is he gonna give us some room"
The girls say, "God I hope he comes back soon"

Everybody's talking but you don't hear a thing
You're still uptown on your downhill swing
Boulevard's empty, why don't you come around?
Baby, what is so great about sleeping downtown?

Just tell 'em you're trying to cure a seven-year ache
See what else your old heart can take
The boys say, "When is he gonna give us some room"
The girls say, "God I hope he comes back soon"

Tell me you're trying to cure a seven-year ache
See what else your old heart can take
The boys say, "When is he gonna give us some room"
The girls say, "God I hope he comes back soon"

To Emily Carr, the "outside judge" for this year's grad show awards. No shortage of good work on display (Rachelle Sawatsky's projection; Shan Powell's Smithsonian glass cube of False Creek seawater and toxic sediment; Matt Sinclair's goofy cartoon reformulations of late-50s "expressive" gestural painting; Kristi Malakoff's trompe-l'oeil "orchard" of fake fruit trees and paper birds, literally springing off the bird-patterned wallpaper serving as its backdrop). But the real surprise came after lunch, when our administrative assistant pointed out Matthew Griffin's circular camera obscura on the hill above the hotel.

Up the steep grass slope in the windy afternoon, and up the shaky painted metal stairs (diving board steps, pinched from some local pool?). A huge silver circle, shaped like the world's biggest can of tuna, with small portholes in its side. The door creaked. We wiggled in and tugged it shut behind us.

A panorama on the interior walls. The world inverted. False Creek's huge glass towers, thunderheads massing along the North Shore mountains, green inverted trees, rocking right to left in the wind. Buses passing along the undersides of bridges. Wind blowing in steady gusts, the structure rocking a little in the wind. All of us glancing nervously around as the wind gently shook us, like kittens in a mother cat's mouth.

Patkau Architects Inc. -- included in Andrew Gruft's massive Canadian architecture exhibition at the Belkin Gallery (review forthcoming). My command of architectural theory is pretty limited, but I'm a long-term admirer of their Seabird Island School and Strawberry Vale Elementary School (scroll down through the 'projects' link for images of both). I first saw Seabird Island returning from a climbing trip at twilight: a huge building, its "wings" unfolding against the green mountains like a heron's in the failing light. I catch some echoes of 80s-era Frank Gehry in their incongruous juxtapositions of wood against metal, angle against angle, etc., but these jarring formal shifts always seem related to the site in unanticipated and subtle ways (eg., Seabird Island's "wings" echoing the mountain skyline behind).
- posted by cjb @ 9:49 PM
Monday, May 16, 2005 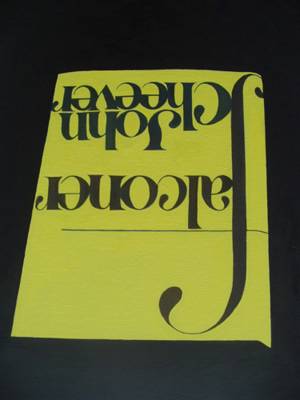 Untitled painting by Brad Phillips, from a title originally purchased at Pulpfiction. Don't make the mistake of typing bradphillips.com instead of bradphillips.ca into your browser, the results aren't pretty.

But outside, on the far side of the parking lot: rhododendrons (blossoming), irises (ditto), fresh bark mulch, long wild grasses and native shrubs. A little hidden garden, decrepit and usually full of guys passed out in the undergrowth, but beautiful in the spring after rain.
- posted by cjb @ 9:00 PM
Sunday, May 15, 2005

Mr. Thomas Dolby -- 80s electro-musician par excellence, composer of the sublime One of Our Submarines.

One of Our Submarines
Words and music by Thomas Dolby

The red light flicker, sonar weak
Air valves hissing open
Half her pressure blown away
Flounder in the ocean
See the Winter Boys
Drinking heavy water from a stone

Yet another book from childhood: Holling Clancy Holling's Paddle-to-the-sea. My dad's favorite book as a child. Terrific watercolor paintings, and dozens of little marginal drawings that remind me of the cartoon map of Canada placemats at North Vancouver's Tomahawk Grill.

"The boy looked at Paddle lashed by fish line above his bunk. Wave and wind had worn him smooth and there was little of his second coat of paint left. But he still smiled, and the boy liked his smile. It made Paddle look as though he had seen many things and understood them all.

'A long journey, you have made,' the boy would say. 'Now you are on a ship. Do you hear the wind in the rigging? Do you feel the roll of the waves? Do you know that you are sailing across a great ocean to France? Are you not surprised?'"
- posted by cjb @ 9:35 AM

Grey rain showers moving through, the North Shore lost this morning behind a wall of water. Fantails kicking up behind the buses. A miniature Grand Canyon, cut by the weather overnight in the sewer crew's West End excavation.
- posted by cjb @ 9:27 AM