A Memo From Mr. Wilde to His Friends in the Academy

"There are two ways of disliking art, Ernest. One is to dislike it. The other, to like it rationally."
- posted by cjb @ 1:04 PM

"Endless admiration for Dr. Johnson’s 'instinctive revolt against the intellectually modish.' What W. Jackson Bates labels as Johnson’s strengths as a critic of literature: “his refusal to be intimidated by the spurious ‘authority’ of fashion; his scorn of the ‘cant’ of those who are conditioned by attitudes simply because they are current; his tendency to walk immediately up to the tyranny of stock response in the prevailing mode of thinking, and to push directly through it in order to see what is on the other side.” (Empty verbiage, 'cultural critique' in the form of old saw-blades whining, earnest old Panama hats, recticulated string bags of airy profundities, the usual pumpernickel and dough.)"
- posted by cjb @ 9:44 AM

Just back from the Rodney Graham Band rave-up up the road. The Cambrian Hall on East 17th transformed into the high school gym from Back to the Future, VAG techs in tuxedo shirts and spinning silver foil stars dangling from the ceiling. Guest Pete Culley reads his great poem "Paris 1919" to the crowd, then nervously launches into an exegesis of Rodney-as-songwriter via Tim Hardin and Kurt Cobain. Shuffling young hipsters not getting the joke, a few of us actually trying to listen above the clatter from the cash bar. RG & Co. proceed to tear things up, the whole band tighter than I've ever seen them, RG uncomfortable as always, his vocals all Dean Wareham via Tom Verlaine. The songs just containers for great ripping Dave Carswell guitar solos. RG actually smiling by the end of it all, glancing out at the clapping hands beyond the lights as if thinking, you came! You all really came!

"We try to do things right the first time. If not -- well, just forget about it."

Received in the mail or purchased:

Miles Davis, It's About That Time (Live at Fillmore East)

Another Tuesday in the mountains. Seabus to the upper Skyride station on Grouse Mountain, the greatest elevation gain to date, a link-up of several previous routes. Up Lonsdale around 1pm, a lazy start in spring sunshine. Violet crocuses like glowing mushrooms in the grass in Victoria Park. Terrific cake doughnut at the little bakery and deli beside the Queen's Cross Pub, no appreciable change from the 1970s recipe I used to occasionally enjoy on the way to or from Poorly Socialized Kids Camp in Lynn Valley. Up to the top of Prospect Road, then down across Mosquito Creek and back up the other side to the top of Skyline Drive. Then straight up the Cut, 1800-odd feet of 18%+ grade, spitting me out, puffing and sweaty, beside the lower chairlift. Into the woods on Simic's Trail, a newish (2003) trail that switchbacks up to the lodge, just far enough to the west of the ski run to obscure the lift's visibility. Lots of neat little bridges and ladders here and there, a mountain bike trail built for hikers!

Snow sifting unexpectedly down at twilight. From the Skyride, a clear view of a wall of white, slowly making its way down over the Lions and across Capilano Lake. Total elevation gain, 1111m.

(Thinking back, it occurs to me that the first time I ever climbed the Cut was with a group from Poorly Socialized Kids Camp in 1977 or thereabouts. Located in a Lynn Valley church basement, the camp was, I think, a recommendation of Dr. Lum, the child psychologist I was seeing at the time. I didn't make any permanent friends, and was expelled once or twice for impatience with the team-based road racing game and the obligatory Friday night floor hockey scrimmage in the elementary school gym across the street, but, all things considered, camp definitely had its moments, including the hiking trips up Grouse and (more frequently) to Lynn Canyon Park, and the slowly-dawning realization that, poorly socialized and eccentric as I was, I was still light years ahead of many other participants. And, having climbed Grouse once, and having been in front all the way, I could hardly wait to do it -- or something like it -- again). 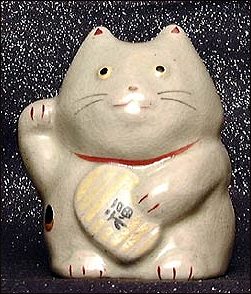 There's a Germaine Koh review over at the Straight this week, but you won't find it posted here until I can download the text and carry out some kind of wall-to-wall rewrite. 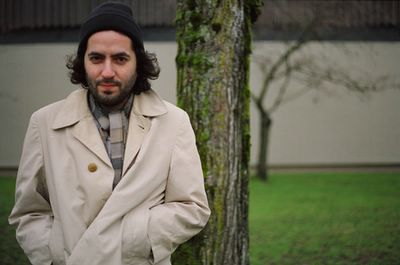 Mr. Daniel Bejar, a.k.a. Destroyer, possessor of a falsetto warble, tuner of fuzzy warm-toned guitars, and builder of synthesizer walls. In high repeat most days at the shop.

"I would never write something down just to confess it. Usually it's a pretty conscious effort to create something of aesthetic value. You know what I mean? I mean, my approach to language is not super conscious in that I sit down and have some over-arching idea that the language has to fit into. It's actually really instinctual. But the aesthetic is one of using language that just works. You write it down, and somehow it's just working for you. It's not what the words mean, but what they do, I guess. How the phrasing interacts with melody, and how meaning can change once you throw that in there. That being said, you could probably comb through my lyrics and find a handful of threads that would piece it all together."

Yet another art review -- from this week's Terminal City

Los Angeles-based artist Christopher Williams doesn't identify himself as a photographer, though almost all of his works are photographs, images mostly made by assistants or commercial photographers. "Sometimes I press the shutter release, just as a joke," he says in an interview with artist/curator John Miller. While many of the photographs in Williams' current exhibition at the Contemporary Art Gallery are undeniably beautiful—specifically, three "still life" studies of a Kiev 88, a Russian medium format camera (and unabashed Hasselblad knock-off), and the industrial study Lodz—Williams' practice puts the word beauty into quotation marks, thereby inspiring a certain uneasiness in the critic who wants to use it in a discussion of Williams' pictures.

Indeed, there is a sense of rigor to this exhibition that begins with the plastic display case across from the gallery attendant's desk, in which scripts of a performance, receipts, letters, memos from David Zwirner Gallery (Williams' New York dealer) and so forth are gathered and exhibited without any kind of interpretive apparatus, or "help" for the audience.

Williams has been fortunate enough to generate a substantial and generous body of criticism on his work, including several essays by the Los Angeles-based art historian Thomas Crow and Vancouver's Claudia Beck. So I came to Williams' exhibition intellectually forearmed, as it were, and yet I still found myself walking from picture to picture, shaking my head and feeling somehow inadequate, while simultaneously suspecting that that sense of inadequacy, of not getting it, was an important aspect of the exhibition, one that Williams hopes to generate.

A group of photographs typically represents many localized elaborations of a larger theme. In this respect, most photographic series are like poems in which similar themes or symbols are repeated from line to line. Williams’ photographs, however, seem at first to have nothing in common. They are mostly still lifes or studies (of a modernist apartment block, all grey concrete; three views of the Kiev 88; a prefabricated German mailing box which I at first mistook for a box of Kodak photo paper; ears of corn stacked in neat little pile; a Los Angeles dance performance by three Balinese dancers; a pencil diagram on the back of an index card, etc.) They are not like poems, in which meanings spark off in a dozen different directions, but like prose, in which whatever significance an individual word might have is always subordinated to the meaning of the sentence. A Williams series is like an electrical wire that passes a current along. It would be a mistake to ask what the wire "means." Similarly, it is a mistake to ask the meaning of individual pictures, at least at first.

The photographs are made with outmoded techniques. The specific techniques—dye transfer (the Kiev camera, the corn) and platinum prints (Balinese dancers) will be obvious to anyone who has spent time studying or handling photographs. Platinum printing is associated with a fine tonal range, and, consequently, with artisanal or craft techniques, and dye transfer is associated with a certain richness of color (for example, William Eggleston's groundbreaking color works, among the first color photographs to be exhibited at the New York Museum of Modern Art.)

Kodak no longer produces the film or chemicals the dye transfer process requires, and platinum printing is mainly used today by technically minded amateurs or artists interested in emphasizing characteristics of an image's printing or toning. Both processes have become part of Benjamin's "just passed." Belatedness clings to them like a weak shadow. This belatedness shares parallels with other Williams subjects—the notoriously cranky Kiev; Olivetti's good-looking but practically useless Valentine typewriter; Braun's Snow White's Coffin record player: objects that look good, but are functionally flawed.

By photographing these objects and juxtaposing them, Williams has created an enormous archive of cultural and historical cross-references, an archive of industrial culture's transformation, under modernism, from a "handmade" to a "machine made" aesthetic. The technical processes his photographs are made with imply handmade origins, but Williams' disinterest in any overt signs of authorship or of little touches or flourishes of expression (as shown by his deadpan presentation of objects under neutral lighting, or the farming of the actual work of making the pictures out to commercial photographers or technical assistants) pit his images' form and content against each other in a kind of low ontological comedy or farce.

Williams' works reward detailed thinking, but are hard to love. I admire the rigor of his approach, and the thoughtful criticism his practice regularly attracts, but I don't want to meet his students or, God forbid, any locals who take his work as authorization to create huge baggy photo-archives dedicated to collapsing industrial modernism from within. Williams' most memorable photographs (the Kiev; the pile of corn; the much-reproduced images of the Valentine typewriter) work precisely because of his ability to perceive cultural and historical complexities within apparently artless industrial artefacts. Though his photographs often appear neutral and pedestrian, they in fact are anything but.