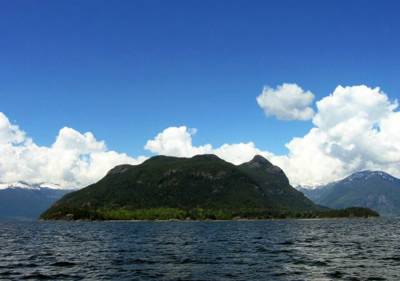 Received in the mail:

Jack Spicer, The House that Jack Built, ed. Peter Gizzi (Wesleyan, had heard lots about but -- don't laugh -- never actually read Spicer until a copy of Allen's New American Poetry wandered in a month or two ago)

Yet Another Art Review -- "author's preferred version" of a piece in today's Straight.


Victoria-born cartoonist Jeff Ladouceur works exclusively in one medium, black ink over graphite (with occasional corrections in White-Out) and in one key: mordant gloom. From these limited means, Ladouceur makes small, memorable drawings, whose subjects – depression; self-mutilation; the injuries the unhappy inflict on themselves and everyone around them – are all the more arresting for their modesty.

Ladouceur’s medium isn’t really news in and of itself. Hundreds of cartoonists are now exhibiting their work in a fine art context, everyone from seasoned pros like Robert Crumb and Lynda Barry, to ’s Marcel Dzama and Vancouver’s Marc Bell and Jason McLean. Ladouceur’s drawings stand out from this crowded field. There are no splashy colors, no messy handwritten phrases, and no kitsch symbols like dolls, robots, ninja assassins or bears. Instead there are thin, cautious ink lines that resemble the tracks of a skier descending a steep and potentially deadly slope. There is also a real sense of menace to Ladouceur’s drawings, one totally absent from the work of his better-known contemporaries, like Dzama.

A Dzama drawing of a giant robot chasing a naked girl or of bears menacing cowboys is many things, but frightening isn’t one of them. Dzama’s drawings hint at evil, but never crank the menace implicit in their subjects up to full bore. We sense that once we glance away, the bears and robots and cowboys and naked girls will be swapping jokes in the cafeteria lunch line.

Ladouceur’s drawings are far less reassuring. Here are a few of his subjects: An octopus slashing itself open with a straight razor. Endless processions of fat little round-headed men – Ladouceur calls them ‘schmoes’ -- with clown shoes and patched pants, whose pudgy faces, curved noses, and jowls suggest a caricature of Lyndon Johnson, or a particularly cruel portrait of a hydrocephalic child. A schmo in a rowboat whose oars have carved gaping wounds in the heads of the waves he floats on. Miniature baby elephants, trickling like blood from a sleeping toddler’s nose. And many others.

I take two things away from Ladouceur’s drawings. First, they are parts of a larger mythology. Nothing in them exists in a vacuum; everything, including inanimate things like signs and waves, is alive and busy changing into something else. Ladouceur, in his own secular, slyly ironic way, puts me in mind of the best art, like Douglas Cranmer’s more abstract paintings, or Lawrence Paul Yuxweluptun’s blighted biomorphic landscapes. Like Ladouceur, these artists understand landscape as nothing more than an collection of frenzied interlocking figures.

Second, Ladouceur is purposeful. He points out some pretty unpalatable truths to those of us unlucky enough to spend most of the time depressed. Relationships are awful (One memorable drawing depicts a couple whose heads are little linked thunderclouds). You can hurt people just by being near them (That guy in the rowboat again!). Social structures inflict their own damage, but are better than the alternatives (A cartoon cloud is held together by boards nailed onto its body). Ladouceur’s best drawings make you wince and laugh simultaneously. Though fantastic, they are a lot like life.
- posted by cjb @ 1:06 AM
Wednesday, December 08, 2004

Burrowing owls, which by all appearances must have a little bit of Incredible Talking Cat in their DNA. Spurred by a very tasty Burrowing Owl 2002 Syrah next door at Aurora. 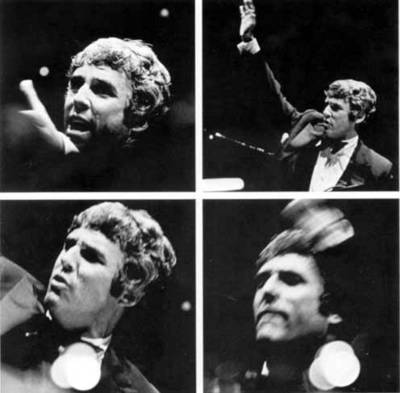 Brain Cells in Dish Fly Fighter Plane
"An array of rat brain cells has successfully flown a virtual F-22 fighter jet. The cells could one day become a more sophisticated replacement for the computers that control uncrewed aerial vehicles or, in the nearer future, form a test-bed for drugs against brain diseases such as epilepsy.

Enzymes were used to extract neurons from the motor cortex of mature rat embryos and cells were then seeded onto a grid of gold electrodes patterned on a glass Petri dish. The cells grew microscopic interconnections, turning them into a 'live computation device', explains Thomas DeMarse, a biomedical engineer at the University of Florida in Gainesville, US, who carried out the research."
- posted by cjb @ 1:09 AM
Sunday, December 05, 2004

(verbatim from the Alibris dealers-only message board):

"The best way I've found to price a large amount of books is to first call my girlfriend on my cell phone -- if that's possible -- to ask her to look up a handful of the best looking titles to see if they're worth anything. I figure most lots contain from 60-75% toss outs. My offer will be up to ten percent of what I estimate the best priced books to be. For instance, if I think there's $500 worth of books, I'll offer less than ten percent, and if they won't go for it, gradually raise my offer to up to ten percent."

For comparison's sake, we pay a minimum of 35% of retail, and, quite often, 40-50% of retail for scarce or interesting books. Many of my most memorable phone calls involve me trying to explain to a once-burned, twice-shy civilian that not everyone in the trade does business like Dealer X.

Last year we bought a nice collection of hardcover Faulkner firsts, a signed William Saroyan UK HC 1st, and thousands of other prime titles from an estate collection. The executor had first called our insane competitor on the North Shore, whose proposed payment method was to pick up a bunch of spare boxes at the liquor store, fill them with books, then offer 'a crisp shiny $5 bill' for every full box. No thanks, said the executor, sensing bullshit. You won't do better elsewhere!, snapped Insane Competitor. Well, a little better -- we paid mid-four figures, and the executor and I were both happy.

Found in the Mount Vernon Goodwill, on the way to Gary Snyder's reading: a 99 cent stuffed toy shark.

"He looks a lot like you," said Sylvia, dangling the frowning grey monster at me, having excavated him from a bin of other cast-off toys. Sure enough, an uncanny resemblance did exist between Mr. Shark's worried squinting frown and my own.

"Can I pick up my paycheck early?"

"Can I get a discount on these books?"

"You doing any hiring? No? Need your windows cleaned?"