Seethenorthshore.com -- lots of ghosts in these pictures

"What happens to Frenhofer? So long as no other eye contemplated his masterpiece, he did not doubt his success for one moment; but one look at the canvas through the eyes of his two spectators is enough for him to appropriate Porbus's and Poussin's opinion: 'Nothing! Nothing! And I worked on this for ten years.' Frenhofer becomes double. He moves from the point of view of the artist to that of the spectator, from the interested promesse de bonheur to disinterested aesthetics. In this transition, the integrity of his work dissolves. For it is not only Frenhofer that becomes double, but his work as well: just as in some combinations of geometric figures, which, if observed for a long time, acquire a different arrangement, from which one cannot return to the previous one except by closing one's eyes, so his work alternately presents two sides that cannot be put back together into a unity. The side that faces the artist is the living reality in which he reads his promise of happiness; but the other side, which faces the spectator, is an assemblage of lifeless elements that can only mirror itself in the aesthetic judgement's reflection of it."

Every Bus Stop in Surrey, BC

"It's not the banal particulars of the actual bus stops that matter here, but the character of the area in which each is located. Surrey's bus stops range from multilane loops at megamalls to modest markers nearly enveloped in vegetation on narrow country roads. The photos reveal lumberyards and metal fabricators, car dealerships and greenhouses, gas stations and strip malls, bingo halls and churches, office buildings and trailer courts, high schools and flea markets, fast-food restaurants and grassy meadows with mountain vistas. They reveal, too, old houses lushly surrounded by lawns, trees, and shrubs; new houses sitting in fields of dirt; and excavations for newer houses still. There's the occasional pedestrian, bicyclist, or skateboarder, too. Very occasional."
- posted by cjb @ 12:40 PM
Wednesday, September 01, 2004 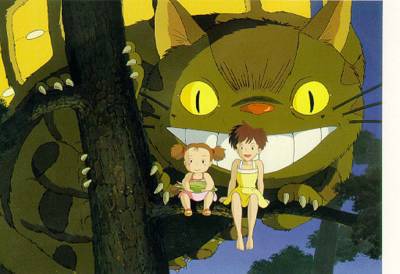 Missing man may be violent

"WINNIPEG - Winnipeg police are asking for the public's help in locating a missing man who may behave violently without medication.

"Brayshaw is about five feet seven inches tall and weighs about 195 pounds. He recently shaved his head, although he has several days' growth of facial hair. He may be wearing a blue fishing hat.

"Police say anyone who sees Brayshaw should not approach him, as he can be violent when he is not taking his medication, which he does not have with him."

Bruce Serafin, competently and sympathetically reviewed by The Tyee.

"What saves Serafin from being strangled by his own introspection is that he has an ability to read people who are emotionally inarticulate or damaged almost as well as he reads himself, perhaps because the kinship he feels with them offers him a degree of protection from both their dysfunctionality and/or their madness. They become, in effect, aspects of his own ego and imagination, which settles around them with a gentleness he doesn’t offer to himself or anyone who isn’t damaged like them. Anyone he believes is capable of passing judgment on him is a blank to him, or rather, he is blinded by his terror at the possibility that they might judge him, or by his rage when he decides that they have. Serafin is one of those supremely touchy writers willing to ignore or torch the good will of others if it doesn’t coincide with his exacting terms."

I admire Serafin's first book very much, and was deeply infuriated today by a local editor, who I will not name, who dropped into the shop to invite me to contribute to an upcoming issue of Well-Regarded West Coast Magazine. I proposed a lengthy review of Serafin's book. "No," said Unnamed Editor, "I think it's flawed. And it's received enough exposure."

I argued that the book had received two dull and thoughtless reviews in the Sun and the Straight.

"No," said Unnamed Editor patiently, taking the tone of a parent with an annoying toddler, "I think it's flawed. And it's received enough exposure. Now is there anything else you'd like to propose."

Only this: I propose to never write for Unnamed Editor's critical and commercial success story ever again.

A mostly useless house call this morning, deep in the 70s suburbs near the corner of Rumble and Boundary Road. Lost the moment I stepped off the bus, I found myself walking repeatedly back and forth above the bellowing truck traffic on the Boundary hill on a wire-covered pedestrian bridge, and making many useless false starts quizzing lawn care guys, senior citizen out for a morning power walk, annoyed convenience store owners, & etc. for directions.

Wasps were fierce. Ruined red blackberries after rain, the bushes humming and full of yellowjacketed doom.

Finally, a ride with a kind mailman in his Canada Post truck, up one cul-de-sac and down another, then a sharp left turn onto a street signed NO OUTLET and a whole other topography emerged from the relentless sameness of the fenced backyards and invisible barking dogs.

I left in a hurry, not finding anything to buy, but also because death was way too close in that hot basement. The stuffed animals' sad blank faces, their threadbareness indicative of "love" now lost to me or any other spectator.

A Real Nice Copy With All the Points

Started Twain's Roughing It yesterday afternoon, and, out of idle curiosity, looked up the first edition, first issue on abe.com. No shortage of descriptions like the above. For the uninitiated, this is a bit like trying to sell a Rolls by announcing, "Runs good, no rust."

• The BC Health Guide

• An Irving Wallace novel, thickly furred with blue mold. Little cloud of spores exhaled as I picked it up and set it ever so quickly back down

• The wet, dog-eared books that failed to sell at someone's garage sale and were then apparently left out overnight in the driveway