A short essay on Minimalist sculptor and printmaker Fred Sandback, who committed suicide in his New York City studio last summer, shortly after I had seen his work for the first time at DIA Beacon. Sandback made 3D geometric shapes from colored yarn, and these huge, almost completely dematerialized pieces were a high point in the intensely happy rainy Sunday I spent at Beacon, a few hours up the Hudson River Valley from NYC.

Nothing prevents you from stepping through or around Sandback's works, which are all edge and no mass, but everyone I watched at DIA treated them very carefully, almost reverentially, as if they were filled with fragile sheets of glass.

The Original Pancake House, laboriously sourced off the web for Pete. Ten minutes south of downtown Portland, with a second, not-quite-as-atmospheric franchise on West Charleston in Las Vegas, the source of fuel for many Red Rocks climbing adventures. The special apple pancake really is that big.

The first signs of fall.

Walking down the logging road below Welch Peak on Tuesday I saw golden alder leaves scattered in the dirt, and in the trees along the road.

A 5am wake-up, coolish air on my face through the open balcony door.

The dusty town sunlight, like chalk scrubbed across the sky. 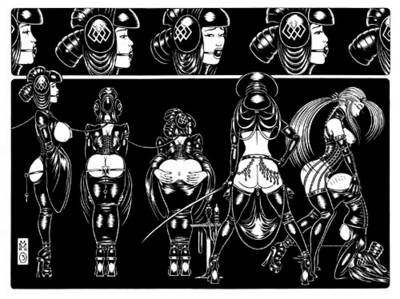 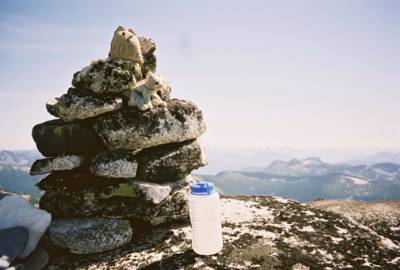 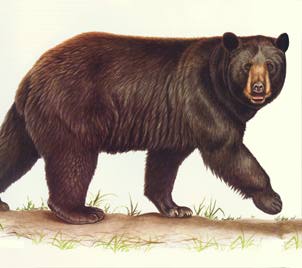 Attempted Goetz Peak in the Chillwack Valley yesterday, only to be stopped by heat and aggressive wildlife. Drove up Foley FSR as far as Foley Lake. The "deactivated spur road" I was planning to ascend to near timberline was overgrown with twenty years of alder and impassable, so I hiked the last 6km of steadily deteriorating logging road into the drainage due E of Foley, between Foley and Mount Northgraves. There the road ended in a cutblock swept with fireweed. Down into the cut block and through head-high fireweed, devil's club and stinging nettles into the open old growth beyond. About half an hour of cross-country forest travel later I was scrambling up a dry streambed to avoid a particularly nasty avalanche swath, when I heard a loud whuff and Mr. Bear came charging out of the undergrowth at me, about fifteen feet away.

Oh shit. Assertive posture, arms wide. Mr. Bear kept coming, whuffing and moving way too fast for comfort. I backed up, slowly at first, then when Mr. B. showed no sign of slowing down, hotfooted it up into the avalanche swath. Crackle and tearing of branches as Mr. B. trundled after me. Into the open old growth and down valley fast.

In retrospect, Mr. B. wasn't aggressive, just startled and inquisitive. A bit of a surprise for both of us. Still, yesterday afternoon was about as close as I ever want to come to ursus americanus. 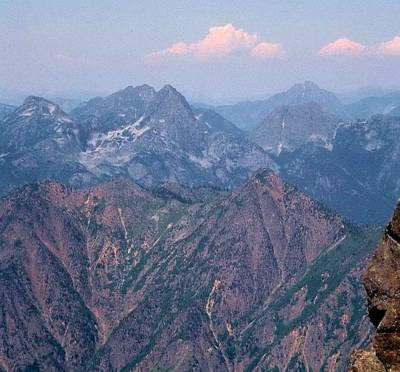 Gone climbing! Back Wednesday, hopefully with summit shots of at least one, and maybe two, of these peaks. (Photo by Dru, as usual)

Cascadeclimbers.com -- a friendly place where "everyone's a career bar fighter with a climbing problem" 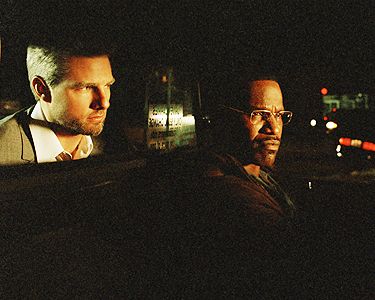 Wasn't as good as Heat, but was still much better than all my other fireworks-avoiding choices put together. Pico, Manchester, Slawson, Sepulveda Boulevard...a roll call that made me immediately want to jump into a rental and head south on I-5.

The city seen at night from the Harbor Freeway, the big towers looming up like oil rigs at sea.

4:45am. Palm trees shaking in the wind, light creeping slowly into the bottom of the sky.

The sunrise on the side of the MTA.

Coyotes running in the streets.

The city's plumage, all candy-hued posters and flashing lights and slivers of neon.