Georgia somethingorother.  Feeling brave enough now to mess around under the hood with the CSS settings on my own.

Lone Pine Press -- publishers of two comprehensive British Columbia plant life guidebooks, and a not quite as good one on Western Canadian mushrooms

One of my old employers just started selling used books, in an apparent attempt to stave off bankruptcy.

Installing an ice machine on the Titanic? Not quite, but pretty close.

Back when I was working there, still laboring under the illusion that critical thinking about someone else's business model on your own time was not only permissable, but encouraged, I wrote up a little two-page proposal for getting into the used book business. The result? A lecture from my ex-boss about the impossibility of making any money selling used books and an exhortation to spend more time on "things that really matter" -- endless boring hours of zipping and unzipping spreadsheet files from an antiquated DOS-based point-of-sale system.

Gross sales fell every year. The decline was variously attributed to the arrival of a Chapters superstore around the corner; the bad movies playing across the street; the closing of a popular neighborhood nightclub, & etc.

Meanwhile, the store did no advertising (having achieved zero response from a terrible Yellow Pages display ad that simply consisted of the store's name and phone number typeset in an attractive font), was still relying on a out-of-date Books In Print CD-ROM for special orders (business ADSL and every web catalog in the universe being "too expensive" at $50/month), and was routinely out of stock of the books customers requested every single day -- Dune, Siddhartha, Jitterbug Perfume, 1984, etc. At one point, I ordered a bunch of Philip K. Dick and Stanislaw Lem trade paperbacks, which I later found shelved in the literature section, the guy in charge of science fiction ordering having decreed that neither author sold. It was then that I started thinking seriously about leaving.

I have no love whatsoever for either of Vancouver's chain bookstores. Heather Reisman's Indigo sits half-empty at the corner of Robson and Howe, its big display windows full of scented candles, pastel-colored pillows, Bill Clinton's autobiography, and remainder copies of bad Canadian first novels. Book Warehouse, while more physically attractive and better-merchandised, orders ultra-conservatively: lots of overpriced Penguin hurts, stacks of Sophie Kinsella and Dan Brown, not much else.

An independent bookstore unwilling or unable to compete with two of the most staid and boring bookstores on the planet is an embarrassment and a shame.

T.C. Boyle's terrifically funny novel, Drop City, which I found and read earlier this year, shed a surprising amount of light on my five-plus years at Vancouver's Favorite Independent Bookstore, and I recommend it to you. 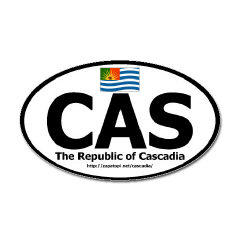 Just another proud citizen of the Republic of Cascadia 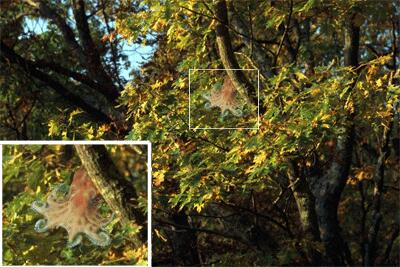 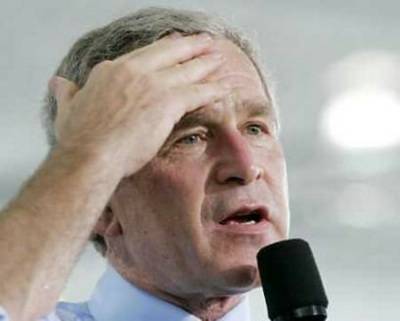 President George W. Bush offers impromptu demonstration of the previously undisclosed "remote viewing" techniques he used to verify the existence of banned weapons of mass destruction, thereby justifying the loss of over 10,000 Iraqi and 600 American lives. 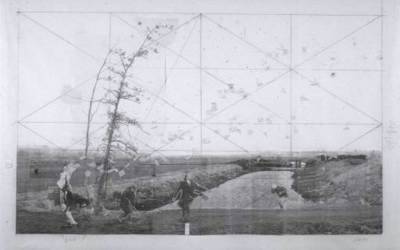 Jeff Wall, Study for A Sudden Gust of Wind, photocopy and collage on paper.

"The main purpose was to plot out the position and sizes of the papers blowing in the air. I took individual pieces from the various original scans, copied them, and stuck them on the paper, changing them around to make the composition of the sky. This took quite a while, and the small pieces were moved around repeatedly. Each has a code number, so I could trace them back to a sheet of film. So the collage was really a working element in making the picture. " 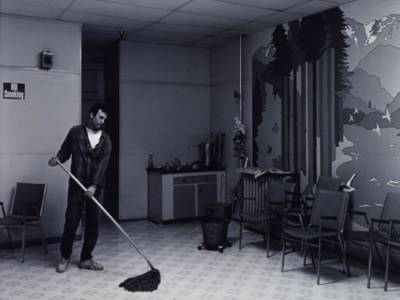 Jeff Wall, Volunteer (1996), my favorite of the black and white photographs. I spent most of 1996 as a curatorial intern at the Vancouver Art Gallery, and felt like the guy in the picture almost every day. 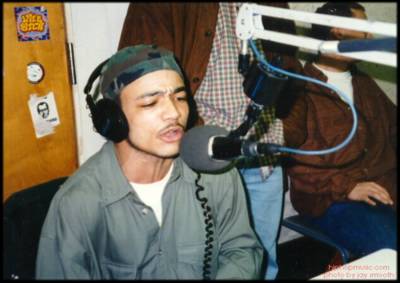 DCQ:
Four a.m. laid up at the res
Got a call made my heart jump out my chest
My man's got beef at the dance, exits is blocked
Enemies outside with they heat on cop
He's says that if he goes outside
He knows he gone get clapped
My man from way back
Ain't going out like that
He got peoples in the club and his ties is strong
But he know that they can only hold it down for so long
So now hes trapped off and he's calling on me
To come and represent like I'm G.O.D.
Ofcourse I must agree, cuz this is family
If tables was turned he would do it for me
So now I'm hopping out my bed,
Ready put a nigga never seen 'pon dead
Guess a black man can't have no peace
Pull out my heat
Woke up out my sleep over crosstown beef

Mos Def:
Yo check it
It was a friday in the month of may
Around the time when everybody put they game on play
See my girl was out in deesa(?) it was all on me
I figured I would hit the metro on the mad L.D.
Now everybody know what the spring time is about
Players polish up they game cause the shorties be out
I was rocking jew-els and my wears was crisp
My man said there was a jam that I should not miss
I hopped in the livery(?) without a moment to spare
and when I rolled up on the function everybody was there
I was catching sexy stares from the shams in the rear
Saw my peers and heads I haven't seen in years
Now I was getting caught up in the nightlife mix
Then I see my main man from my old time clique
"Oh shit, not my nigga Mos Def in the house"
"Oh shit baby-paw, I ain't know you came home"
We talked about that and this and way back since
When I seen a caravan sporting wild dark tints
Its window half cracked and they was cruising slow
And was circling the block like they was po-po
Said I was jibbing with my man so I paid it no mind
That's when the shots rang out from the passenger side
It was a forty-five bark that made us all duck down
Girls was letting out screams as shells hit the ground
I was looking for my man so we both could split
That's when he turned to me and said "yo Mos I'm hit"
I guess the street life don't leave a nigga alone
Laced up at the party and he just came home
If he survive I know he goin' retaliate
If he don't, they bought theyself a burial plate
Either way situation status on code red
I'm on the horn to tell the fam its on like Con Ed

[DCQ:] Cash Rule:
[Peace] Peace
[Who dis?] The God 2
[Yo whattup son?] Nothing much, maintaining you?
[Right] I just came out the bing and shit is mad real,
This shit ain't bout nothing son [Son I know how you feel]
My girl is in the world trying to raise my seed
There's mad shit that she want and mad shit that she need [true dat]
Plus she got some nigga, knocking at her door [Who dis?]
Some crab-ass cat that she messed with before [From where?]
Always acting wild disrespecting my G, [Stop playing..]
I think he gotta go, what's the verdict DC

DCQ:
Verdict guilty, left hand on the scene
You might be locked down but you're part of the team
If you say gotta go, then that's what he gotta do
Ain't nothing sweet son, yo you know I'm here for you

Cash:
No doubt, come check me on the day of knowledge born
Cause this phone shit ain't real, yeah that tap shit be on
Plus the God wanna see you so pull his name too
Cause he soon come home son, you know how he do

DCQ:
Yeah the God get down so I see you on the V-I
I'm a do my best to get this broad to bring you some lye
Peace to the Gods, read your math, hold your head
and as far as that kid goes, remember what I said- Peace 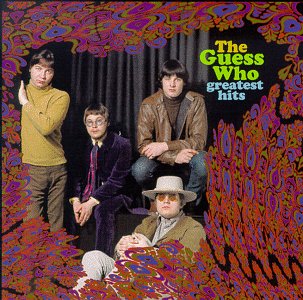 Leave me alone this mornin'

Sour Suite
The Guess Who
Lyrics by Burton Cummings

Reviewers laugh at me so I go out to see
And perhaps it's just as well, 'cause I'd rather be in hell
Than be a wealthy man this mornin'

Some bed is waitin' for me 'round the corner now
I gotta find it and try and hang on for a little while
Back here in 4 6 2 O 1, yeah
Mmm, there's gotta be a few small changes made